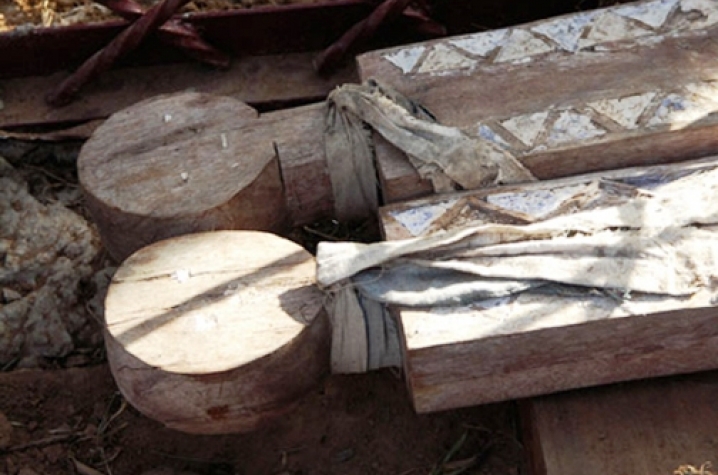 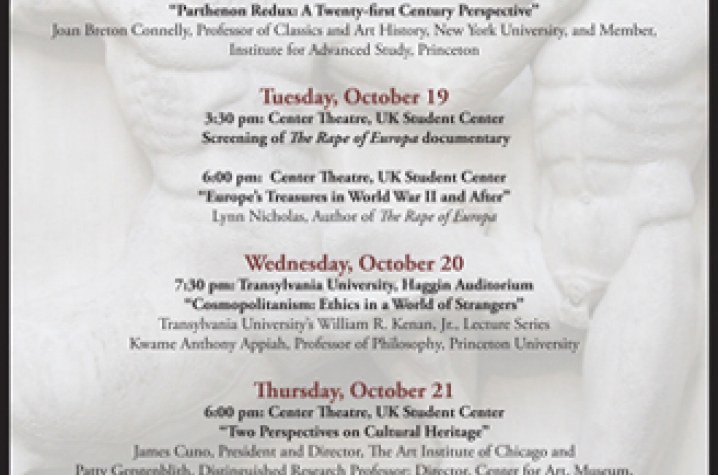 LEXINGTON, Ky. (Oct. 12, 2010) − The University of Kentucky Gaines Center for the Humanities presents "Art, Ownership, and Cultural Property," the 2010 Bale Boone Symposium in the Humanities. This year's events focus on the controversial ownership of art and intellectual property. Archaeological finds, stolen artwork and ethics will be discussed. The symposium, which is free and open to the public, will run Monday, Oct. 18, through Friday, Oct. 22.

"'Art, Ownership, and Cultural Property' will explore a wide variety of issues related to the ownership of art and to the idea of intellectual property in general," says Robert J. Rabel, director of the Gaines Center. "Topics to be explored include the Parthenon or Elgin Marbles and the appropriateness of their possession by the British Museum. In addition, we will consider the Nazi theft of art before and during World War II. We will also explore how competing ideologies of nationalism, on the one hand, and cosmopolitanism, on the other, have played a part in determining whether certain works of art should be returned to the countries of their origin or remain in so-called encyclopedic museums where they might be made available to all."

The Bale Boone Symposium kicks off with an opening reception from 4:30 to 5:30 p.m. Monday, Oct. 18, at the Art Museum at UK, located in the Singletary Center for the Arts.

Seven presentations are scheduled to follow as part of the symposium. Presentations, speakers, dates, times and locations include:

All symposium presentations at UK are in facilities in the UK Student Center.

The 2010 Bale Boone Symposium in the Humanities is co-sponsored by the UK Office of the Provost, the College of Arts and Sciences, the Chellgren Center for Undergraduate Excellence, the Honors Program, the Art Museum at UK, the Department of Art, Classics Division and Transylvania University. The symposium is also supported by the National Endowment for Humanities.