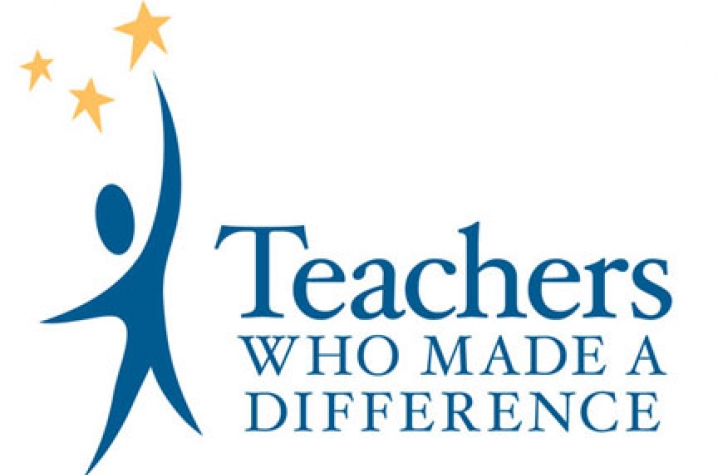 LEXINGTON, Ky. (April 24, 2010) - Celebrating its 12th year, the University of Kentucky College of Education's Teachers Who Made a Difference program honored its newest group of educators at the 2010 ceremony held Saturday, April 24. More than 100 educators from 19 states and Mexico were recognized for the significant influence they have had in the lives of their students.

"The UK College of Education prides itself on preparing great teachers," said Mary Ann Vimont, the college's director of public relations and student, alumni and community affairs. "As part of our mission, we also think it is important to honor those teachers who are making a difference in the lives of their students, here in Kentucky and across the country."

The program got its start in 1998 as part of the college’s 75th anniversary celebration. With more than 90 teachers honored that year and the overwhelming support from the UK campus and community, the college decided to make it an annual event. In its 12 years, more than 1,500 educators have been honored.

"This event was one of the first college-sponsored programs I witnessed prior to taking over as dean of the College of Education," Dean Mary John O’Hair said. "It was touching beyond words to see those in attendance recognized in such a special way. This is without a doubt one of the finest programs this college and university hold each year."

Teachers Who Made a Difference is not a competition. Each year, all submissions are accepted up to a predetermined limit with each being honored that year. This year's total for honorees was the result of a large increase in interest in the program. Also each year, the program is assisted by a spokesperson who helps get the word out. In the past, Dermontti Dawson, Tubby Smith, UK President Lee T. Todd Jr., and Dan and Cheri Issel have led the charge. In 2010, former UK basketball great Kyle Macy offered his support of the program.

Educators were invited to a breakfast reception at the UK William T. Young Library gallery and auditorium where pianist Courtney Allen provided entertainment. In addition, Jamie Bradley, daughter of College of Education Associate Professor Kelly Bradley, and the Veterans Park Elementary School chorus sang for the crowd. The program was rounded out by the recognition of the honorees and the presentation of certificates to those in attendance.

"My most influential teacher and coach was my father," Macy said. "He coached me in high school, but it was one of those experiences and relationships we didn't leave at the gym. We would take it home and discuss things. We had a very close relationship. Teachers may not really know until later on how big of an effect they had on an individual, but they just consistently, year in and year out, do the same things that have those positive effects."