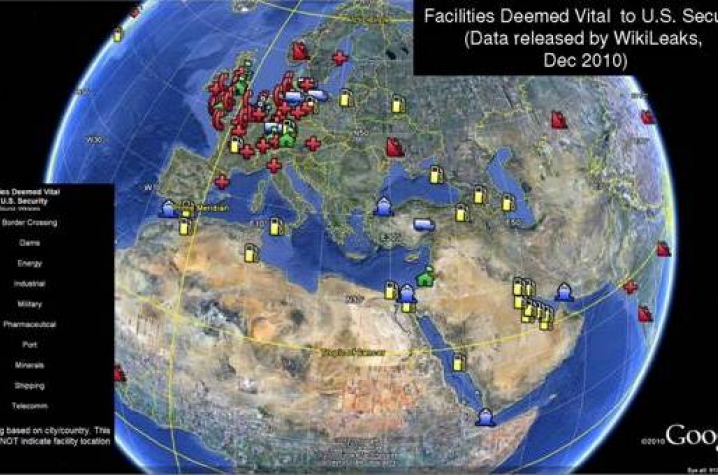 LEXINGTON, Ky. (Jan. 27, 2011) — University of Kentucky geography professor Matthew Zook is an unassuming presence. His office and his departmental-assigned computer looks the same as everyone else on his hall.

But he knows something — something that the rest of us might not. He knows technology — a disruptive force with a future that society doesn't necessarily have a game plan for.

Like the Gutenberg printing press unexpectedly fueled the rise of nationalism in Europe, the introduction of a new technology provides the space for change but does not cause something to happen.

"Technology develops based on the desires and demands of society," said Zook. "Changes in technology allow certain things to happen, and societal forces determine which path is taken."

Zook is taking his knowledge of technological change to the classroom this spring with iWorlds: Global Information Geographies, an A&S 100 class open to all students interested in everything from the current WikiLeaks controversy, to the consequences of hitting the "like" button on Facebook.

"The freedom of the Internet is a combination of the distributed design of the network and decisions (at least in the U.S.) to minimize oversight," said Zook. "But with an essentially open technology, there are pressures and desires by some to make it more controllable. Decisions are being made now, and these decisions have big implications for our future."

Zook's course will examine the ways that existing and emerging technologies are helping to transform the way in which the world interacts.

"The Internet makes information move more freely, but this also brings up questions of network neutrality and digital rights," said Zook. "Increasingly, there are efforts by states, corporations and copyright holders to take control."

China's firewalls and Iran's bans of Facebook and YouTube hark back to the Soviet Union's ban on typewriters and Xerox machines, said Zook. And WikiLeaks has been called the Pentagon Papers of our time.

But there's a difference. "The release of the Pentagon Papers was an effort that took quite a bit of time," explained Zook. "Whereas the underlying technology for a concept like WikiLeaks allows it to continue functioning quickly by simply switching to another server or domain name in another country."

Not that government officials won't be able to find out where certain systems are being housed. Zook's A&S 100 class will also focus on the history and evolution of mapping technologies and present-day global positioning systems (GPS), geographic information systems (GIS) and the geoweb.

Zook provides an example. "What if you're walking by the Chipotle near campus, and as you approach, you get a text message with a coupon for $1 off of a burrito. Yes - the savings is nice, but should companies have the right to push advertisements on cell phone users based on a location?"

Speaking of an advertising push, let's get back to Facebook. Facebook knows everything you do and is becoming the de facto way that people communicate.

Facebook is useful, but with this utility comes power. "If Facebook wanted to prioritize what you looked at every day, it could control that," said Zook. "The Internet is an open system, but Facebook is a private company that can ban certain things or choose to promote others."

This leads to another aspect of Zook's course: surveillance and privacy. "Every decision you make online is tracked, every economic choice is there. This is sensitive data that will have implications for the future," said Zook. "A company like Facebook is hugely powerful, shaping our communications and social relations in a certain ways."

"I was an early member of Facebook, but I've chosen not to have any friends at this point," he said.

But the times might be-a-changing — even for the renowned global technology professor who might be best known for floating sheep.org, a blog featured in the New York Times, the Economist and the Atlantic. "With my coworkers, family and friends, it's increasingly becoming assumed that I've 'seen it on Facebook," he said.