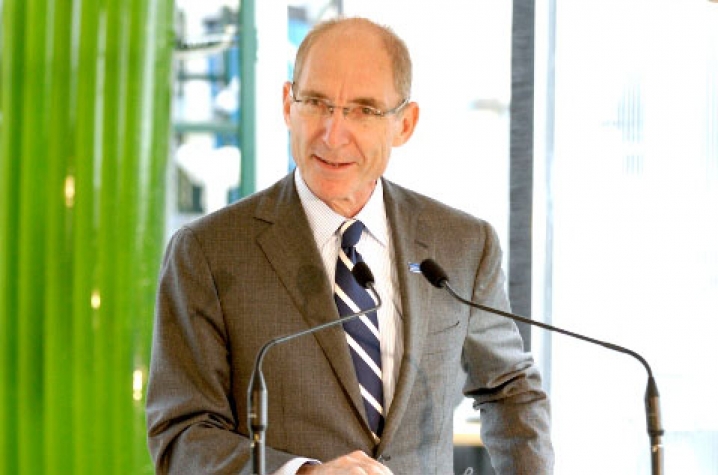 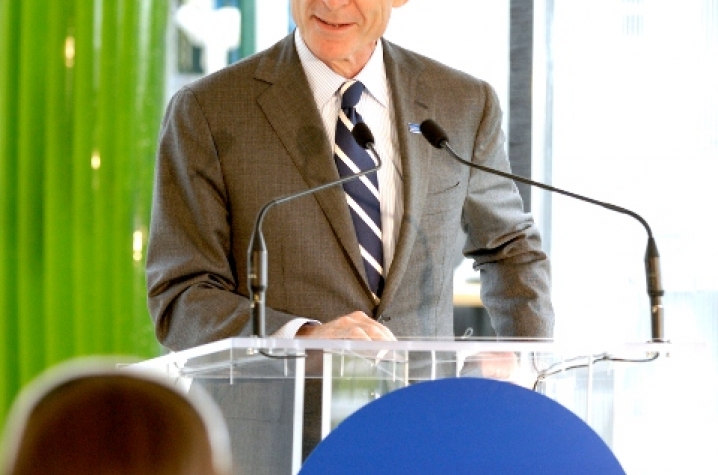 “UK is truly a remarkable place because it is a fulfilling a promise to the state of Kentucky,” Capilouto told lawmakers during a luncheon at the Kentucky History Center hosted by the university. “Our promise – it is a covenant Kentuckians have made to each other that our university is a beacon of excellence that will light our way forward.”

“Kentucky’s Promise” is how Capilouto has characterized the efforts to continue the university’s ascent among the nation’s best institutions of higher learning and it underscores the commitment UK has to the Commonwealth in education, research and community service.

Capilouto said continuing and enhancing those efforts, however, will require a partnership and collaboration between UK and the state. UK, for example, is exploring whether to enter into a public/private partnership to renovate and build up to 9,000 residence hall beds over the next several years at a cost of $500 million. No state dollars would be required, but jobs would be created and more students would live on campus, which is a key ingredient in improving student success and graduation rates.

At the same time, Capilouto told lawmakers that while UK has a tremendous “21st century faculty, they are working in 19th century facilities” that are not equipped with the technology and amenities to compete as world-class research and learning space. UK is proposing that the state provide  a “pool” of dollars that would be more than matched by donor dollars and internal resources for academic and research building needs on campus.

The university is also asking for continued investment of “operating dollars” to allow the institution to continue making investments in faculty, students and staff. To that end, Coach Calipari implored lawmakers in attendance that putting “students first” required investment in – and partnership with – UK to build a brighter future for the Commonwealth.

“We are the flagship. We can’t do it alone. If this is your state university … you want to be proud of it,” Calipari told lawmakers. “They’re your students. They’re from your state. They’re from your county … I hope we look back over the next five years and look and our campus and you are proud.”