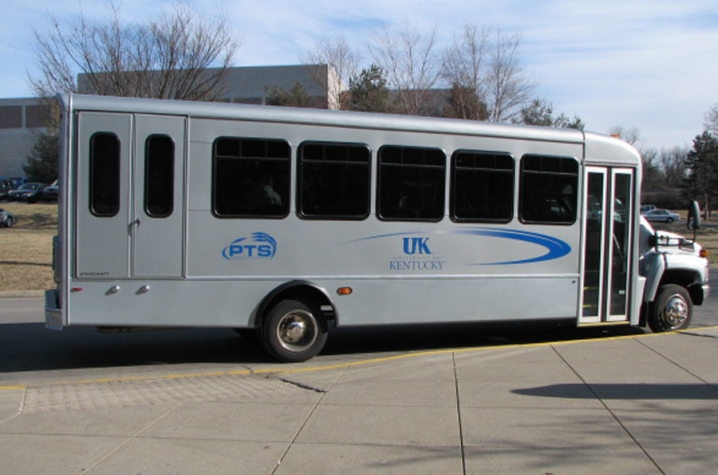 LEXINGTON, Ky. (Aug. 26, 2010) – University of Kentucky Parking & Transportation Services (PTS) asked, and the campus community answered. Based on feedback from the campus wide transportation survey, PTS is improving and expanding the CATS bus system to better serve the university community.

More than 3,500 people responded to the online transportation survey. Additionally, PTS consulted with a wide array of student, faculty and staff representatives when analyzing the campus transit system.

Overall, the CATS service will feature more buses, longer hours and a larger coverage area. According to the transportation consultant PTS employed, the changes are expected to double the number of riders on the bus system. The campus buses will be changing from a set schedule to a time points approach. Certain key stops are designated as time points; these stops will have set times for bus arrival. Buses will arrive at all other stops at the times between the time points.

“We are looking forward to offering improved bus service to the campus community,” said Don Thornton, director of Parking & Transportation Services. “These changes could not have taken place without the input of students, faculty and staff, which is an invaluable tool for PTS.”

Daytime bus service, which includes the Red and Blue Routes, runs from 7 a.m. until 6 p.m.; it had previously ended at 4:30 p.m. Both daytime routes were expanded to include students and employees living off-campus to the south, in areas west of Nicholasville Road and those living on Maxwell Street and north of Maxwell. An additional bus has been added to each of the daytime routes, which will provide peak period frequency of a bus approximately every 15 minutes.

The daytime Blue and White Routes have been combined and renamed as simply the Blue Route. The merging of the routes will lead to more efficient daytime service, including expanded hours and more frequent buses. Blue Route changes will feature increased service between the UK Hospital and UK HealthCare Good Samaritan Hospital, and more service to the Ag Science area.

The Yellow Night Route will now start at 6 p.m. instead of 4:30 p.m., and end at midnight instead of 10:50 p.m. The route will have two buses running every 15 minutes until 10 p.m., in order to transport a higher volume of student riders.

Finally, the On-Demand service will end at 5 a.m. instead of 5:30 a.m. Monday through Thursday. Sunday night service will continue its current hours, 7 p.m. until midnight. Members of the university community can make pick-up requests by calling 221-RIDE (7433) during the hours of operation listed above. Calls must be received at least 30 minutes prior to the end of On-Demand service. Service is limited to the UK campus. Hours of operation for the Medical Center Shuttle will not change.

The consultant also recommended implementing a real-time Global Positioning System (GPS)-based Automated Vehicle Locator (AVL), which would track route performance and provide passengers with bus location information. To obtain real-time information, buses would be equipped with GPS units and wireless transmitters. Riders could then view in real-time where buses are located on an online route map. PTS is currently researching this option, particularly those services which are compatible with smart phones.