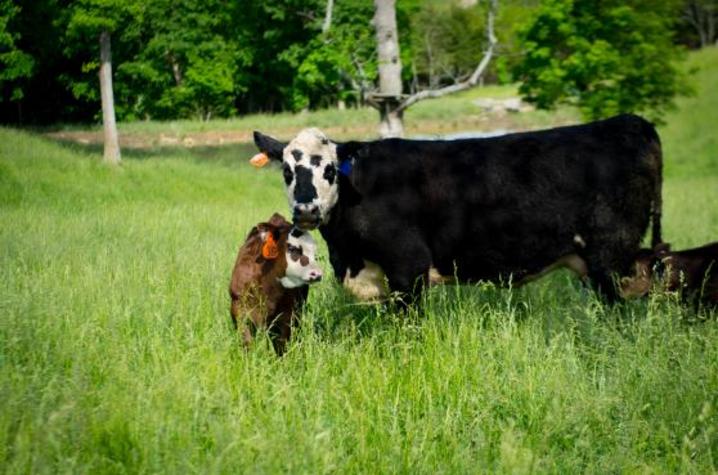 LEXINGTON, Ky., (Dec. 14, 2016) — Amid concern over antibiotic resistance and in an effort to improve efficiency while protecting human and animal health, the Food and Drug Administration (FDA) is making changes in its Veterinary Feed Directive program. They are amending regulations regarding drugs added to livestock feeds; the new rules go into effect Jan. 1.

“The new rule will limit medically important antimicrobial drugs to the treatment, control and prevention of disease,” said Michelle Arnold, veterinarian for the University of Kentucky College of Agriculture, Food and Environment. “The rules don’t allow for claims of weight gain or feed efficiency.”

The rule also states that producers who use medically important antimicrobials will have to have veterinary oversight.

“Because of this, many antibiotics delivered in feed currently considered over-the-counter will now require a veterinary feed directive (VFD),” Arnold said.

Arnold said owners and caretakers may only feed the veterinarian-authorized feed to the specific animals covered by the statement, not to the entire herd.

“It’s important to realize that the regulations also mean that you cannot continue to feed medicated feed that you already have on hand after the VFD expiration date,” she added. “The producer, the feed distributor and the authorizing veterinarian must keep copies of the VFD for two years.”

Producers who manufacture their own feed must also comply with the new regulation and be aware that, under certain circumstances, they may be acting as a distributor and that additional requirements may apply.

Another important change is that all water soluble drugs are transitioning from over-the-counter to prescription status.

“These are significant changes. We want producers to be aware of them, so they can go into the new year fully informed,” Arnold said.