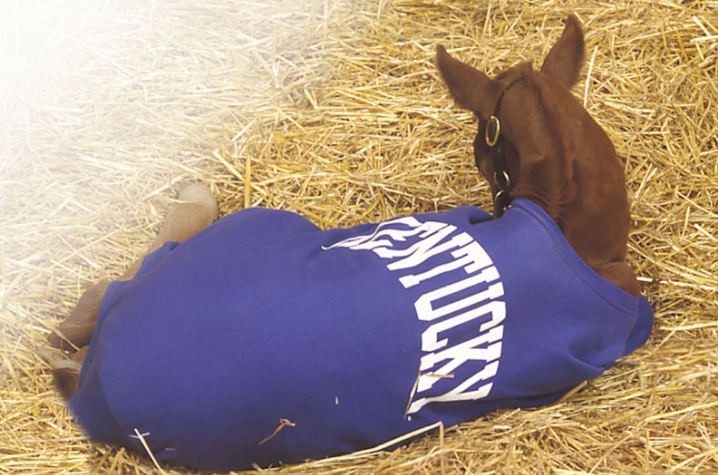 LEXINGTON, Ky. (Mar 30, 2011) — Ted Bassett, whose 42-year tenure at the Keeneland Association included positions as president, chairman of the board and trustee and coincided with the association’s greatest period of growth, will speak at the University of Kentucky Equine Initiative Distinguished Industry Lecture Series March 31. The event will take place at 6 p.m. EDT in the UK Gluck Equine Research Center auditorium and is free and open to the public.

Considered one of Thoroughbred racing’s most esteemed leaders, Bassett will be interviewed by Dan Liebman, past editor-in-chief for The Blood-Horse magazine. The informal conversation and question-and-answer session will span Bassett’s life in the Thoroughbred industry, as well as many other accomplishments and experiences during his lifetime.

“Featuring Ted Bassett for this series is exciting in so many ways. Ted’s career spans a time of so much change, not only in the country at large during the time of the ‘Greatest Generation,’ but also in the commonwealth and its horse industry,” said Nancy Cox, associate dean for research in UK’s College of Agriculture and administrative leader for UK’s Equine Initiative. “We are fortunate that the format for the evening is conversational, a unique forum for this distinguished guest that will afford a distinctive experience for UK students and larger equine community.”

Bassett began working for Keeneland in 1968, initially as the assistant to Louis Lee Haggin II. In 1969, Bassett became Keeneland’s president, and he served in the capacity until 1986, when he became chairman of the board. In 2003, Bassett became a Keeneland trustee, and he now holds the title of trustee emeritus.

From 1988 to 1996, Bassett also served as the president of Breeders’ Cup Ltd. He was chairman of the World Series Racing Championship from 1999 to 2004. Bassett remains a Keeneland and Breeders’ Cup director and a member of The Jockey Club. He is a past president of Thoroughbred Racing Associations of America, and formerly served as a trustee of the National Museum of Racing, UK Gluck Equine Research Foundation and Transylvania University.

Bassett was born in Lexington and attended Kent School and Yale University. He served as an infantry officer in the Fourth Marine Regiment, Sixth Division, during World War II. Twice wounded during the Okinawa campaign, Bassett recovered and participated in the initial landing by Allied Forces on Japanese shores. He was awarded the Purple Heart and the Presidential Unit Citation.

Immediately following the war, Bassett was a newsprint salesman, a tobacco farmer, then Kentucky Deputy Director of Public Safety. From 1963 to 1967, Bassett was director of the Kentucky State Police. He served major roles in improving the public perception and appreciation of state troopers and increasing their pay and benefits, and was one of the founders of the College of Justice and Safety at Eastern Kentucky University.

“It is an honor to pay tribute to Ted Bassett, and we hope the public takes advantage of this special opportunity to learn more about a remarkable man,” Cox said. “We are very appreciative of the support of Hagyard Equine Medical Institute for sponsoring a signature program of the Equine Initiative that is designed to showcase important figures from the equine industry.”

“The Distinguished Industry Lecture Series is an example of the type of academic opportunities being developed for equine science students at the University of Kentucky over and above their regular classes. It is exciting that the lecture series is drawing the attendance and participation of students from other equine programs as well, a reflection on the prominence of our invited speakers,” said James MacLeod, researcher in the Gluck Equine Research Center and outgoing director of the Equine Initiative.

UK’s inaugural lecture was held with Keeneland President Nick Nicholson in November 2009 and followed up with accomplished equestrienne Nina Bonnie in April 2010.