To enable Closed Captions, please click on the CC button on the YouTube viewer. Video by Sydney Hill, Steve Shaffer and Mark Cornelison.

LEXINGTON, Ky. (June 25, 2021) — Former University of Kentucky basketball and baseball player Doug Flynn continues to give back to the Lexington community.

Flynn, a retired professional baseball player from Lexington, says that his parents instilled the love of baseball in him from a very young age. His father played with the Brooklyn Dodgers for one year in the minor leagues and his mother was on a fast pitch softball team.

Flynn was born and raised in Lexington, he played little league with the Lexington Colts and went on to play with an all-star team after he turned 13 years old. Flynn enjoyed growing up in the Lexington community. He said back when he was younger, he used to be able to drive around Lexington and stop and wave or talk to almost anyone.

Flynn wasn’t just a baseball player, he also played football and basketball at Bryan Station High School. He never won any all-city, all-state, or any big awards in high school, he said he was a decent player, but he wasn’t “the player.” Yet, he made it all the way to the major leagues.

Flynn wasn’t originally offered any scholarships coming out of high school. One day he received a phone call from the head basketball coach at the University of Kentucky at the time, Joe B. Hall, asking if he would be interested in playing basketball for him. After realizing that the offer wasn’t a joke, he played point guard for the team at only 5’8” for his entire freshman year of college.

He also played baseball for a year at the University of Kentucky. “I didn’t get to play baseball very much, there were a lot of guys who were better than me,” Flynn said. After his freshman year at UK, he took an opportunity to go down to a junior college to mature and become a better player. Shortly after going down to a junior college, his friends woke him up one morning to go try out for the Cincinnati Reds, and the rest is history.

After his baseball career ended, Flynn returned home to Lexington, and played professional softball all over the country for seven years. He has always felt connected to his hometown and loved to come back and celebrate his accomplishments with his friends and family.

“I have always felt like if you have any kind of position or title or recognition that you can have an impact or an influence on giving back”, Flynn said. He volunteered at the Cincinnati Reds Fantasy Camps for several years and volunteered for nine years with a program called Champions Against Drugs. He is still involved with the Children’s Charity of the Bluegrass Golf Classic, Hope for the Warriors, and USA Cares. Flynn never served in the military but said, “people made sacrifices in order for us to go out and fulfill our dreams of becoming professional ballplayers, the least we can do is give back”.

Flynn is an on-air broadcaster for the UK baseball team. He brings his professional experience and his love for the game to the ballpark and shares it with all the players and everyone at home. He doesn’t remember how many years he has been doing it, but he loves having the opportunity to be involved at UK.

“Why did I make it and somebody else didn’t? I just think that God blessed me in putting me in a position that I could do the things that I enjoy doing. He already knows the desires of your heart and he knows I liked to play ball and I got to play. I don’t take credit for any of it, I am just thankful that it happened.”

Watch the video above to learn more about the impact the University of Kentucky had on Flynn — and why he continues to value giving back to the greater Lexington community. 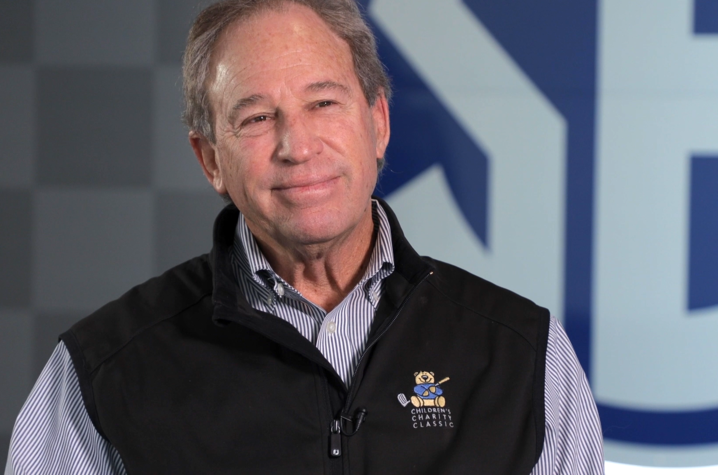 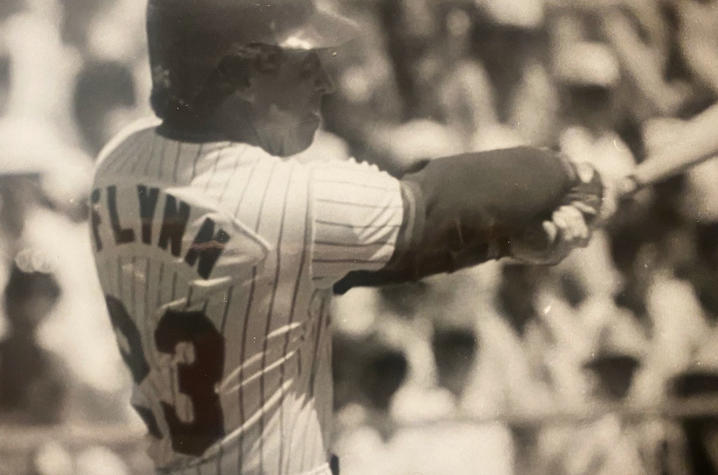