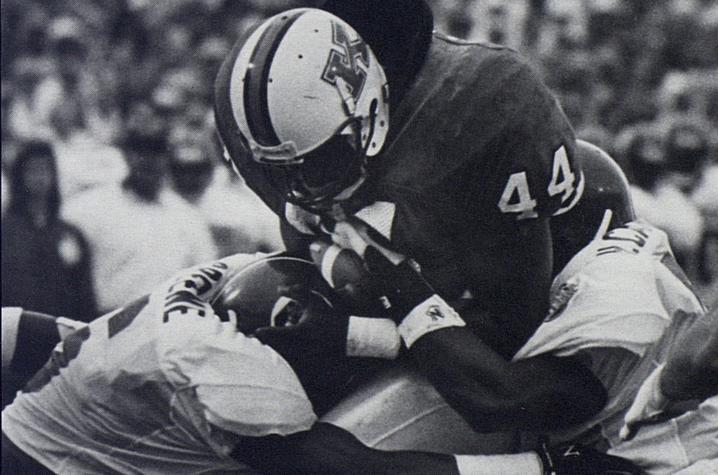 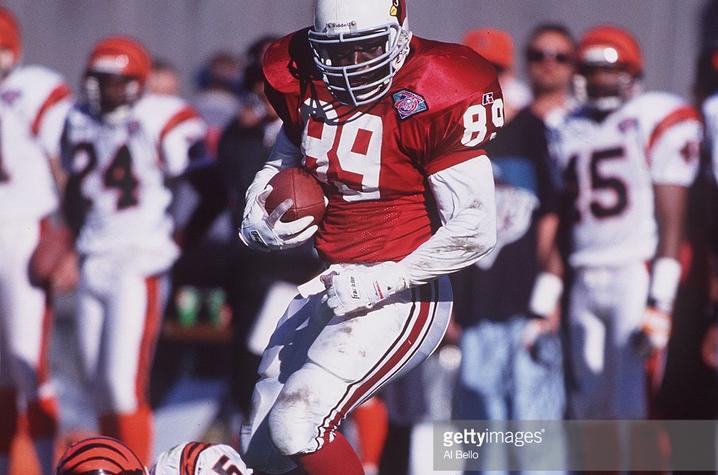 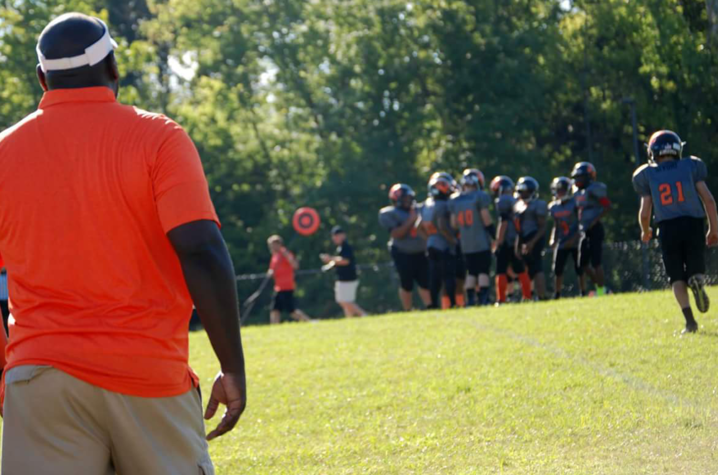 LEXINGTON, Ky. (Dec. 12, 2016) — Terry Samuels was playing tight end for the University of Kentucky Wildcats football team in 1994 when he was drafted by the NFL to play for the Arizona Cardinals. The UK College of Social Work major was just one semester shy of graduating. At the time, graduating didn’t seem all that important, but years later something tugged at his heart to finish what he started.

After spending several years in the NFL, Samuels moved back to the Louisville, Kentucky area where he was from to be with his children. Life was never easy for him growing up in the rough urban area of Newburg which he describes as a very dramatic period in his life. The son of a single mom, he and his brother experienced a time of being homeless and financially struggling. Samuels told himself that someday he was going to make it big and when he did, he would go back and "help everybody."

Football seemed to be his ticket out of poverty. He excelled at the game in high school and won a scholarship to UK, where he focused more on going all the way to the pros than he did academics. After leaving the NFL, he suddenly found himself unable to get a job and provide for his family, the very thing that had been most important to him since childhood.

Samuels had developed a close friendship with fellow Arizona Cardinal Aeneas Williams, who he says became his spiritual mentor as much, if not more, than his football mentor. Samuels spirituality coupled with the determined spirit of a professional athlete, led him to a real turning point in his life. Williams told him that football is something you do and education, any kind of education wherever it comes from, helps to shape who you become.

Samuels landed a job at Enterprise Rent-A-Car and worked his way up through the management trainee program which led him to become the general manager and chief operating officer at several auto dealerships over the course of the next 15 years. His journey ultimately led to ownership of a successful Allstate Insurance Agency in Louisville for the past four years.

Samuels has always been civic minded and has generously given of his time and talents to help out in his community. He is especially known for his volunteer work with kids at the Boys and Girls Club where he coaches several sports, including football.

“I’ve always had the calling to give back to my community. I coach 8- to 12-year-olds and I want to teach them to be better people first and better football players second,” Samuels said.

After years of life as a single dad, Samuels married Patrice Samuels, and they have a blended family of six children, whom he laughingly says have all been coached by him at some point in their lives.

“I want to give my children the things I didn’t have growing up and be a positive image of what a strong African-American male looks like,” he said. “I want my kids to finish school, teach them that education is key, and life is a teacher.”

Despite his successes on and off the field, there was one thing that bothered Samuels, something that had been pressing on his heart and on his mind for some time.

“What kind of example am I setting for my kids? Sure, I’ve done some great things, but I want to be a tangible example of always finishing what you start. I want my actions to support what I’m teaching them,” he said.

Samuels re-enrolled at UK in the fall of 2016 when life was busier than ever with his career at Allstate, family, church, and coaching in the evenings. However, he said Sarabeth Biermann, a lecturer in the College of Social Work, encouraged him to keep pressing forward.

“Terry demonstrates a strong and ongoing dedication to others through his coaching, mentoring and service to his hometown community. Through these qualities and actions, he personifies values that social workers hold so dear: unbending integrity, giving of his time and energy in service to others, and, above all, seeking social justice on behalf of those who do not have it,” Biermann said.

Samuels says that coming back to UK has been quite the learning experience but better as far as being a student. “I understand why I was the way I was at a younger age. I was frustrated and hurting, just surviving.”

Samuels practicum in Social Work this past semester has been at the United Way in Louisville, working to impact distressed neighborhoods with early grade reading. He says the highest predictor of a decent start in education is by reading levels.

“If they are not on course in their reading level by third or fourth grade, then they’re behind, and going forward they aren’t reading to learn, but learning to read.”

Giving kids a strong educational start on an even playing field is important to Samuels. This past summer, he handed out over 400 sets of back-to-school supplies, including backpacks to area children. “When you don’t even have a pencil or a notebook, you’re already behind all the other kids.”

Samuels' remarkable journey since 1994 has come full circle back to UK.

“God calls us to do beyond ourselves,” he said.

On Friday, Terry Samuels will walk across a stage at the University of Kentucky and finish what he started.