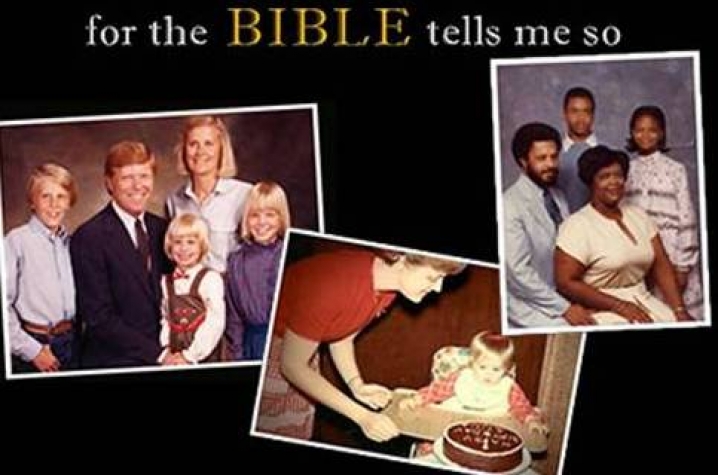 LEXINGTON, Ky. (March 22, 2011)— The most comfortable way to understand a controversial issue is through the eyes and experience of someone like yourself — through normal, everyday people whose challenges and beliefs relate to your own.  That is the way the issue of homosexuality and its often tumultuous relationship with Christianity is told in the documentary "For the Bible Tells Me So" being shown at the University of Kentucky this week.

When First Run Features released "For the Bible Tells Me So" in 2007, it was the film's personal stories that made it so inspiring and powerful, according to many viewers.

UK students, faculty, staff and Lexington residents will now have the chance to experience those stories with the University of Kentucky Department of Gender and Women's Studies' screening of "For the Bible Tells Me So" at 7 p.m. Thursday, March 24, in the William T. Young Library Auditorium.

The department showed this film several years ago in its monthly film series, but faculty decided to bring the film back for Women’s History Month, because it was so well received last time said Department of Gender and Women's Studies Chair Pat Cooper.

"This film provides a great opportunity for a discussion with a community spiritual leader concerning potential conflicts between religion and sexuality," Cooper said.   "This is an award winning film that treats these issues with care and respect.  Everyone is welcome."