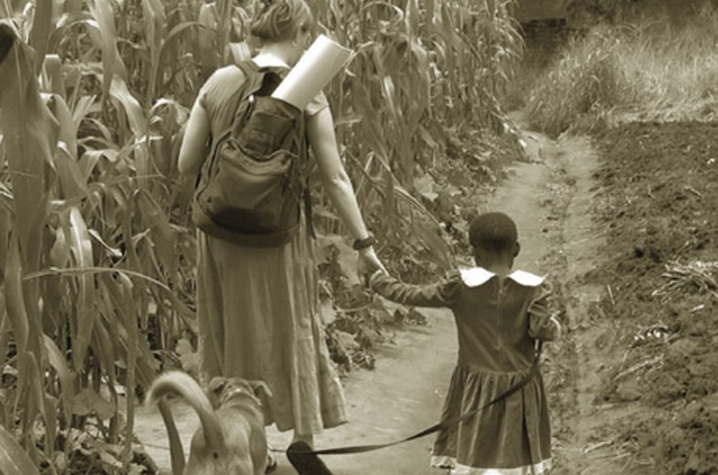 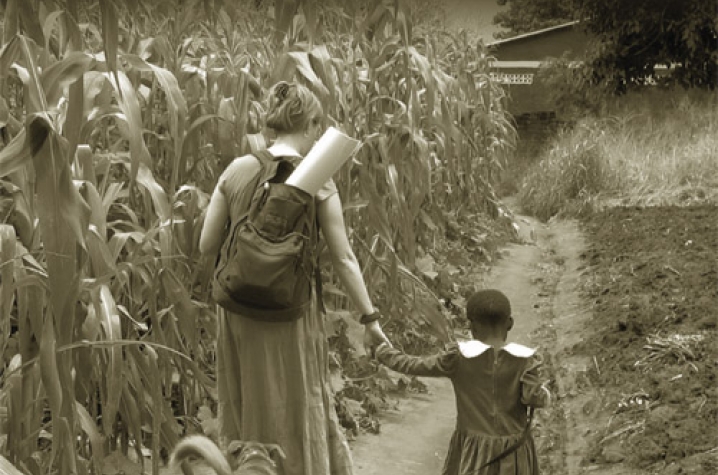 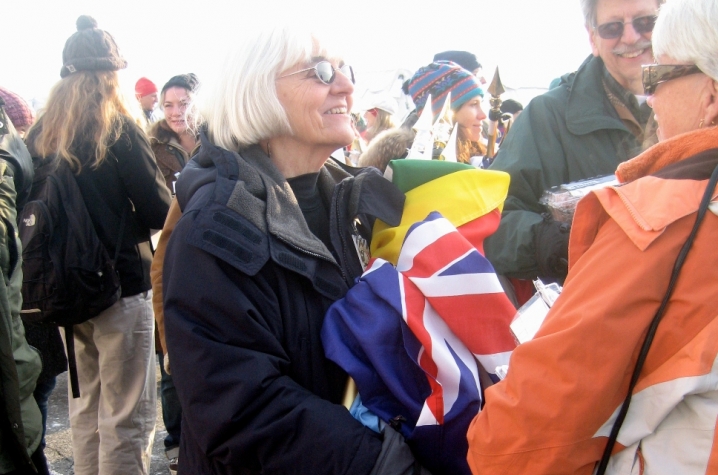 LEXINGTON, Ky. (March 1, 2011) — "My fellow citizens of the world, ask not what America will do for you, but together what we can do for the freedom of man."

These words from President John F. Kennedy's inaugural speech served as the basis for the ideological framework of the Peace Corps, one of the nation's most successful international aid programs, which he founded on March 1, 1961.

Today the nation celebrates the 50th anniversary of Peace Corps service and the nearly 200,000 Americans that have served in 139 countries, bringing people of all backgrounds together to promote peace, compassion and unity.

A new book titled "Voices from the Peace Corps: Fifty Years of Kentucky Volunteers," celebrates the 50-year anniversary by giving an inside look at the lives of volunteers from around the Commonwealth and how those volunteers became "citizens of the world," revealing both the struggles and successes of their service through their inspiring stories.

Co-authors Angene Wilson and her husband Jack Wilson, both of whom served in Liberia from 1962 to 1964, felt a personal calling when they heard President Kennedy speak his iconic words and ultimately decided to join the Peace Corps. Now, 50 years later, they are sharing not only their experiences but also the experiences of other volunteers as they made the decision to join, attended training, adjusted to living overseas and the job, made friends and eventually returned home to serve in their own communities.

Angene Wilson, professor emeritus of in the University of Kentucky College of Education, formerly served as chair of the secondary social studies program from 1975 to 2004. She calls the book a celebration of the "toughest job we ever loved" and also a description of how she and her husband became citizens of the world for the rest of their lives.

"One of the reasons we wanted to write this book was to share the experiences of Kentucky volunteers with other Kentuckians, and everyone, over the past 50 years," said Angene Wilson. "Our hope is that this book will end up in every middle school, high school, and college or university library in the state, and that it will help to inspire the next generation of Peace Corps volunteers."

Published by University Press of Kentucky (UPK), “Voices from the Peace Corps” takes a personal look at the experiences of Kentuckians who served in the Peace Corps, focusing on six returned volunteers with strong Kentucky connections who represent each of the Corps' five decades. The Wilsons supplement these core stories with material from dozens of volunteers representing every region of the Commonwealth.

"Angene and Jack Wilson have woven together a compelling and inspiring story of how Kentuckians were called to serve in the Peace Corps, and, in turn, how that experience changed their lives and contributed to Kentucky and the rest of the country," said Kevin Quigley, president of the National Peace Corps Association. "The Wilsons have provided a great and timely service to the entire Peace Corps community in collecting and sharing these compelling oral histories."

The Wilsons hope their work will help to inspire future Peace Corps volunteers, and have this message to say to anyone interested about the Peace Corps:

"Be adventurous; take a risk," said Jack Wilson. "Today you can go online at peacecorps.gov and get more information or apply. Read our book and see what other peoples' experiences have been. Read volunteers' blogs and see what they're talking about, and what their experiences have been. I don’t know how it cannot create a spark in people. So don't be afraid to take a little risk."

The authors of "Voices from the Peace Corps" will participate in three upcoming book signings and readings this month. First, the Wilsons will discuss and sign copies of their books for the Filson Historical Society at noon Friday, March 11, at the society's headquarters located at 1310 South Third St., in Louisville. They will then travel back to Lexington for the first of two book signings at the Morris Book Shop at 2 p.m. Saturday, March 19, at the bookstore located at 408 Southland Drive. The Wilsons will also be at Joseph-Beth Booksellers for a signing at 7 p.m. Monday, March 21, at the bookstore located at Lexington Green.

Beyond their signings at local bookstores, the Wilsons will take part in two events in Bowling Green, Ky. First they will sit on a panel discussion at the Peace Corps and Africa Conference being held March 25. Then they will return to Bowling Green the next month for Southern Kentucky Book Fest on April 16.

For more information on "Voices from the Peace Corps" or for purchase information, visit UPK online at www.kentuckypress.com/.

The collection, which led to the UPK book from the Wilsons, features interviewees who served in the Peace Corps from its inception in 1961 to the present. Volunteers discuss their experiences before, during, and after Peace Corps including their motivations for joining, the application process, training, living situations, difficulties, the job, relationships, coming home, and their impact on the host country and on their own lives.

The "Returned Peace Corps Volunteers Oral History Project" can be searched by a volunteer's name, country of service, or decade of service. For more information, visit the collection on the Kentuckiana Digital Library webpage.