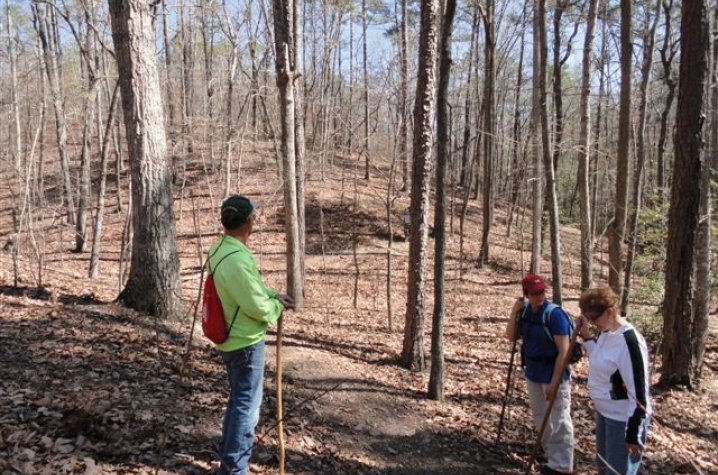 LEXINGTON, Ky. (July 6, 2011) − A newly built shelter at Pine Mountain Trail was dedicated to the late University of Kentucky College of Agriculture Cooperative Extension leader Larry Turner, who lost his life in the Comair flight 5191 crash in 2006. Recently, officials held a ribbon cutting and dedication ceremony for the shelter built by Southland Log Homes and called the Black Bear Shelter.

“Dr. Turner championed Extension’s involvement in community and economic development projects,” said Shad Baker, University of Kentucky Cooperative Extension agent for agriculture and natural resources in Letcher County. “Many times his projects were novel and outside the traditional work of Extension. Not everyone was comfortable with Extension launching into such uncharted territory, and at times this type of work was openly resisted. Dr. Turner had no such reservations and was a strong advocate for the Pine Mountain Trail.”

The Pine Mountain Trail runs from near Elkhorn City to Kingdom Come State Park in Cumberland. It offers many opportunities to drive tourism in the area with its beautiful scenery and rich cultural heritage.

The trail is becoming quite popular with hikers and backpackers, explained Baker. UK Cooperative Extension partnered with the Kentucky Department of Parks, Pine Mountain Trail Conference, Inc. and Black Mountain LLC to build the log shelter for the trail. The shelter was able to be completed thanks to the help of a $50,000 grant from the Kentucky Recreational Trails Program.

Baker said Turner was a visionary who recognized Extension’s need to grow into new specialty areas to remain relevant in the communities its professionals serve.

“He stepped in to support the Pine Mountain Trail project at a critical time and insured that it would receive the administrative support that it needed to continue,” Baker said. “The shelter serves as a testament to this forward-thinking leader. It is a reminder of the diversity of work Extension does in our counties every day and an encouragement to consider what we can yet do.”

Jeremy Williams, UK Cooperative Extension agent for agriculture and natural resources in Harlan County said the shelter, which sleeps 21 people, is situated on a peaceful point, on one of the tallest knobs in the heart of Kingdom Come State Park, which itself is located at the very center of the 120-mile-long Pine Mountain ridge.

“It is fitting that a shelter built in memory of this man who was so close to our hearts would be located at the heart of the Pine Mountain Trail,” he said.

The Black Bear Shelter sits on the ridge above “The Ballfield” and across the road from the 12 O’clock Overlook at Kingdom Come State Park. There is a newly expanded parking area with kiosk near the shelter, and visitors may park there or along the road and take the short hike up the Saltess Trail to the shelter location. Its design was patterned after the Partnership Shelter, a popular shelter for backpackers on the Appalachian Trail near Mount Rogers, Va.

The Pine Mountain Trail runs about 60 miles from the Breaks Interstate Park near Elkhorn City to Kingdom Come State Park near Cumberland. Once completed, the trail will run from the Breaks Interstate Park to the Cumberland Gap National Historical Park composing 120 miles of hiking trail. The Pine Mountain Trail is also part of a larger trail system, the Great Eastern Trail, which runs parallel to the Appalachian Trail.