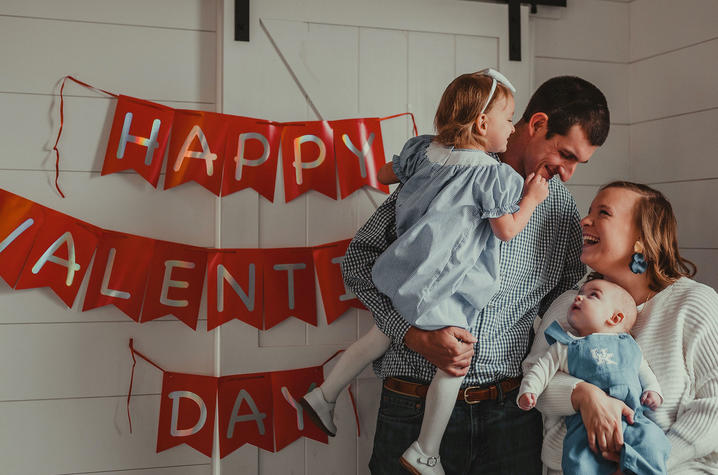 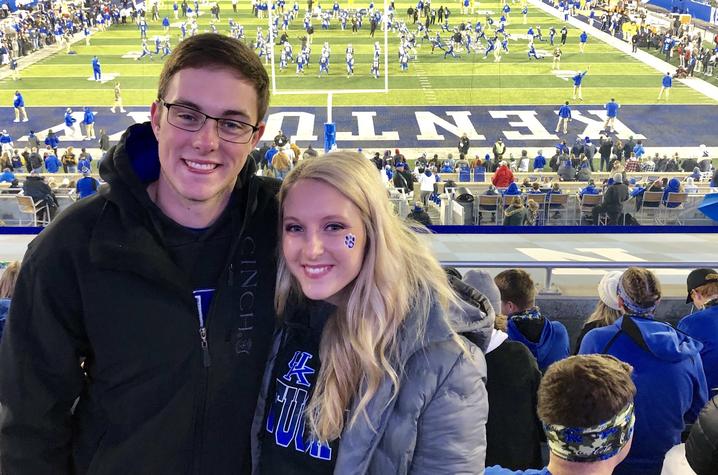 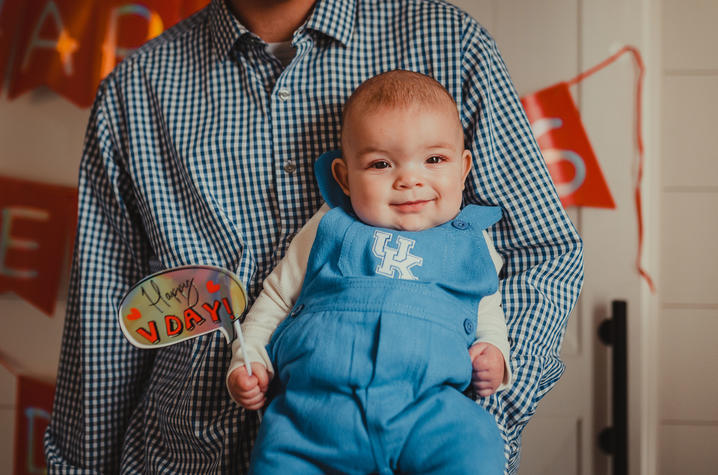 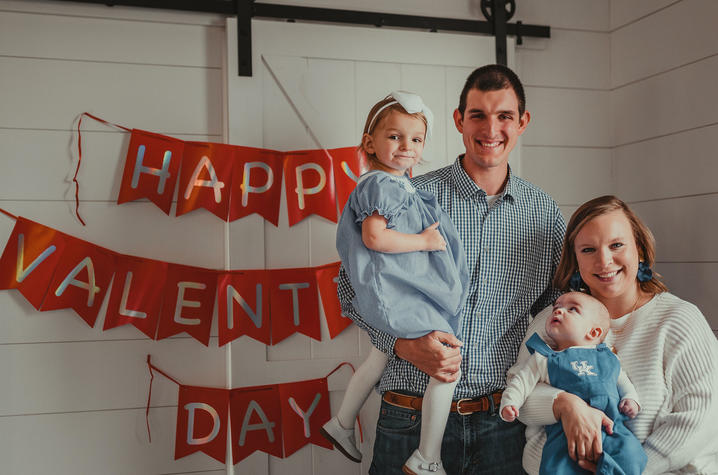 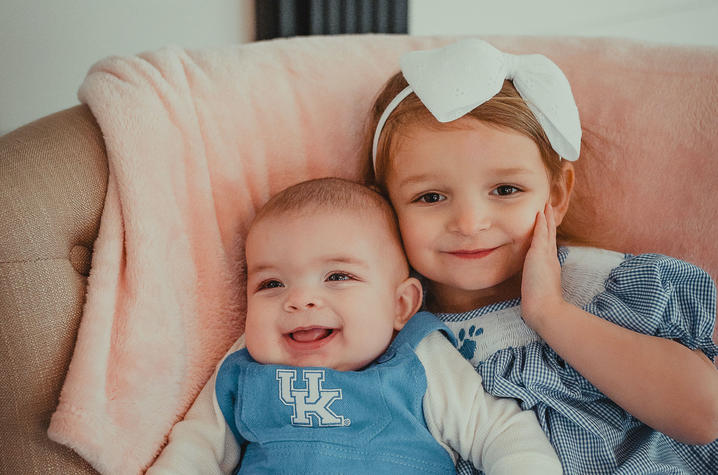 LEXINGTON, Ky. (Feb. 12, 2021) — What qualifies as a “real” first date? Does a Zoom count? These days it just might. What about a meal swipe with a third wheel? For University of Kentucky freshmen, it depends who you ask.

“Even though we had been dating for months, Valentine’s at Ramsey’s was our first ‘real’ date,” said UK alumnus Brian Neltner, recalling early days with his then-girlfriend, Lauren. “Every time I would try to take her out somewhere, someone else from our LLP would want to tag along.”

Brian and Lauren Neltner trace the beginning of their relationship to Fall 2012 when they met in the College of Agriculture, Food and Environment (CAFE) freshmen Living Learning Program(LLP). In May 2016, the couple graduated from UK and married a few months later.

“It’s hard to say if we would have met without the LLP, but it was definitely a key component,” said Lauren. “We both went to small high schools, and neither of us were involved in much before college. So, living with people who had similar interests helped a lot because it led us to other clubs without getting overwhelmed by all the options. We got involved at our own pace.”

Through the LLP, Brian and Lauren were drawn to other UK organizations such as Block and Bridle, the university’s livestock industry club, where their relationship grew even more.

Whether professional, platonic or otherwise, building campus connections is exactly what UK Living Learning Programs are intended to do.

“We offer a lot of formal opportunities for LLP students to build relationships and take advantage of their shared interests in animals, nature, food, etc.,” said Jamie Dunn, former LLP coordinator and current assistant dean for advising in the College of Agriculture, Food and Environment. “However, I think the informal interactions are where the true relationships are built. Just hanging out, watching a movie or basketball game, playing a game of ping pong on a rickety old table, are all activities students can do with no added pressure. That’s where lifelong relationships really begin.”

“You don’t expect it at a school with 30,000 people, but our (residence hall) common areas sort of became like high school where everybody knows everybody,” said Cody Burke, a 2019  graduate and former CAFE LLP student. “Even outside the dorm, there was always someone from the LLP at The 90 or the Ag Deli.”

For Cody, one of those familiar faces was Jenna Harrod, a fellow CAFE LLP freshman who lived a few doors down.

Today, Cody and Jenna share the same door. They married last fall, and they too credit their freshman community for developing their bond.

“It was so easy to get to know everyone because we not only lived together, we ate together, studied together, walked to class together, did everything together,” said Jenna, now Jenna Burke. “In fact, we know two other couples from our LLP who are still together. One is engaged, and I think the other one probably will be soon.”

Officially, it remains unknown whether matchmaking is common across all living learning programs, or if it is unique to CAFE. Though, some in the college have their suspicions.

“Other LLPs on campus may have similar stories, but I really feel like we might hold the record,” said Dunn, who counts more than 10 couples that met during her tenure as program coordinator. “It makes me proud to see the relationships that have developed from our LLP — and not just the ‘happily ever after stories’ but the lifelong friendships, too.”

The Neltners and Burkes can attest here as well. In addition to their spouses, the CAFE LLP brought them future roommates, neighbors, coworkers, bridesmaids and groomsmen.

The benefits even extend to future generations, too. In November, the Neltner’s son, Issaac, became a godson to one of his parents’ LLP friends.

For all reasons personal, professional and academic, the University of Kentucky encourages all first-semester freshmen to apply to one of 15 Living Learning Programs while completing their UK housing application. First developed in 1989, each program is housed within a single residence hall and is based upon general interests, major, student identity or other areas.

Those wanting to join the College of Agriculture, Food and Environment LLP should select the “Belle C. Gunn First Year Program” while applying.  All University of Kentucky freshmen are eligible to join, however, the college does not guarantee LLP students will meet their forever valentine. Though, they cannot deny the possibility.