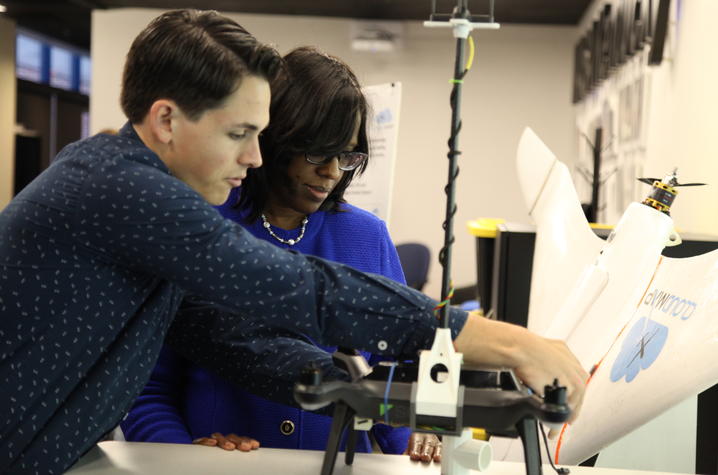 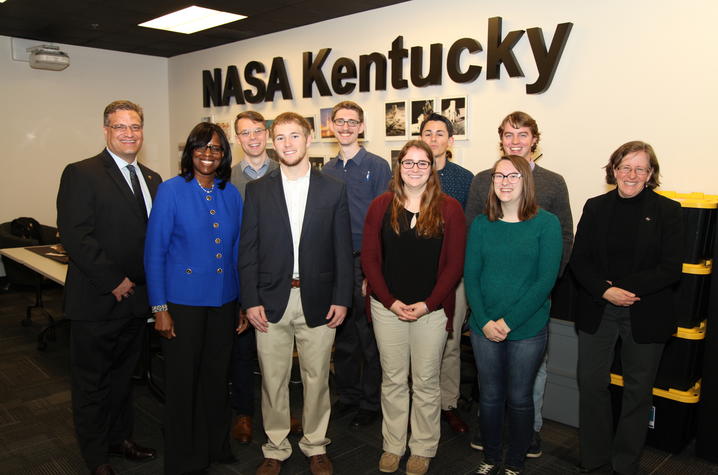 A veteran of the United States Air Force and an industrial engineer with nearly 25 years of experience in manufacturing, Hampton shared stories and life lessons from her career in the packaging and automotive industries. She encouraged students to nurture their curiosity.

“Wherever you start is not where you finish,” she said. “Learn as much as you can about your company, the people and the processes.”

As Hampton toured the NASA Kentucky offices, she met with student aerospace leaders who briefed her on recent projects such as ballooning and livestream work for the 2017 Eclipse, re-entry thermal protection innovations, CLOUD-MAP unmanned aerial vehicles and more.

In 2015, Hampton became the first African-American in Kentucky history to hold statewide office and the fourth woman to serve as lieutenant governor. Among her priorities, Hampton is currently focusing her efforts on entrepreneurship, education, aerospace and aviation. According to Suzanne Weaver Smith, the Donald and Gertrude Lester Professor of Mechanical Engineering and director of the Kentucky Space Grant Consortium and NASA EPSCoR, Kentucky is second in the nation in aerospace exports. During her presentation, Hampton said Kentucky has 630 companies that touch aerospace and aviation in some way.

“I can envision a space corridor here in Kentucky that is a union of government, university and the private sector, similar to Alabama's Redstone Arsenal where average pay is $87,000."