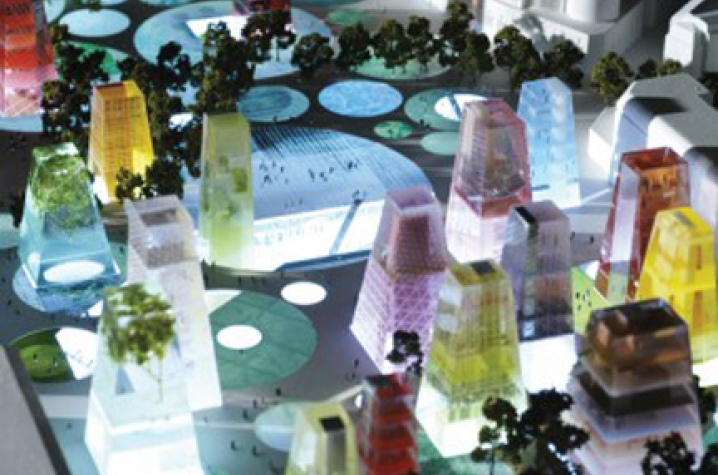 LEXINGTON, Ky. (Oct. 8, 2009) - The University of Kentucky College of Design Lecture Series (pdf) will present a lecture by Matthijs Bouw, founder of Amsterdam's One Architecture and UK's Sutherland Visiting Professor of Landscape Design. Bouw's lecture is scheduled for 6 p.m. Monday, Oct. 12, in 209 Pence Hall. The lecture is free and open to the public

Matthijs Bouw set up the architectural office One Architecture as a partnership with co-founder Joost Meuwissen and Donald van Dansik in 1995. The office is involved in a wide range of projects, from designing private houses to organizing the Atelier Deltametropool for VROM. In its early days, One Architecture was concerned primarily with exploring the boundaries of architecture by means of conceptual projects and by publishing numerous articles about architecture and architectural theory. Bouw began running One Architecture single-handedly in 2005.

In recent years, One Architecture has focused increasingly on practice by integrating design and process. The office advocates an integrated design approach and almost always works together with other offices and external experts, such as the engineering firm Arup and artist Berend Strik. One Architecture has taken part in various competitions including Les Halles in Paris, for which they worked with OMA (Office of Metropolitan Architecture) and XDGA (Xaveer De Geyter Architects). Other projects include: children’s day care centre ‘Het Kasteel,’ designed while Bouw was still a student with four friends; Villa Bollen in Bakel; football stadium Wankdorf; Hotel Pro Forma; APM (Automated People Mover) Stations in Schiphol and urban design schemes for the Netherland communities of Deventer, Dordrecht and Eindhoven and for Tbilisi, in Georgia.

In addition to his work as director of One Architecture, Bouw teaches at various educational institutions, including Architecture Academies in Amsterdam and Rotterdam, Delft University of Technology, and institutes in Graz and Los Angeles. He holds the chair of buildings theory and principles of design at the RWTH Aachen University. Bouw publishes and lectures on a range of subjects throughout the world. He is currently working on the publication "How to be an Architect in North Pacific America or Anywhere Around the World."