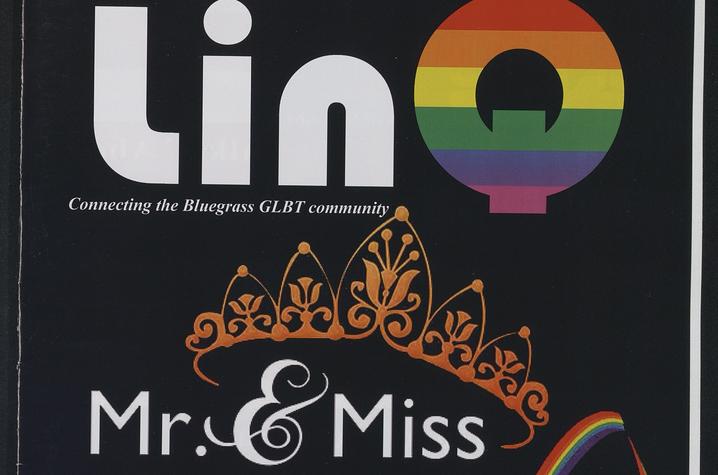 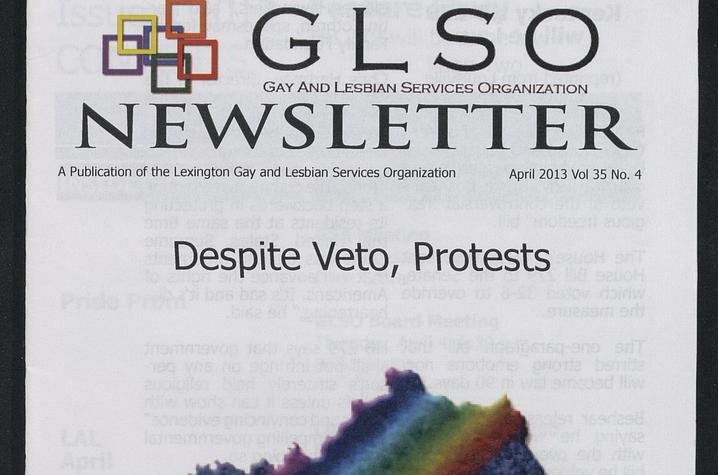 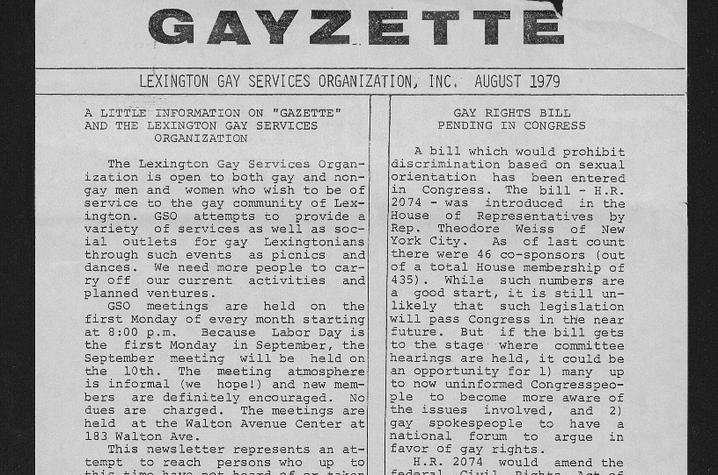 LEXINGTON, Ky. (Dec. 9, 2016) — The Pride Community Services Organization (PCSO) newsletters, starting with the first issue in 1979 and up to the present day, are now available online via University of Kentucky's digital library ExploreUK. Providing online access to the newsletters is an ongoing project between the PCSO and the UK Special Collections Research Center (SCRC).

Starting in fall 2016, it took several months to digitize and catalog the 413 issues of the PCSO newsletter for a total of over 6,500 scans. Patrons now have access to the full range of the newsletter, starting with the August 1979 Gayzette, a one page sheet with printing on both sides. In 1981, the title changed to the Gay Newsletter, and a year later the title was changed to GSO Newsletter. There were several name changes and formats, and the most recent version of the publication is titled LinQ, which is a slick magazine style publication with several pages. New issues of the newsletter will continue to be added to ExploreUK.

According to Chad Hundley, PCSO office manager, the newsletters have included a little bit of everything over the years: recipes, news, gossip, social events, social issues, listing of LGBTQ affirming businesses, literature, and much more. With a more regular publication schedule, the newsletters would become the only monthly LGBTQ* publication in Kentucky. Now, for the first time ever, there is free online access to all of the newsletter issues. To find issues of the PCSO collection of newsletters visit ExploreUK here.

The digitization of the PCSO newsletters was made possible through the work of Hundley and Christopher R. Bauer at the PCSO, and Associate Dean Deirdre Scaggs, Director of Digital Services Sarah Dorpinghaus, Special Collections Librarian Reinette Jones and graduate assistant Nicole Reynolds at the SCRC.

The UK SCRC is home to UK Libraries' collection of rare books, Kentuckiana, the Archives, the Louie B. Nunn Center for Oral History, the King Library Press, the Wendell H. Ford Public Policy Research Center, the Bert T. Combs Appalachian Collection and ExploreUK. The mission of the center is to locate and preserve materials documenting the social, cultural, economic and political history of the Commonwealth of Kentucky.