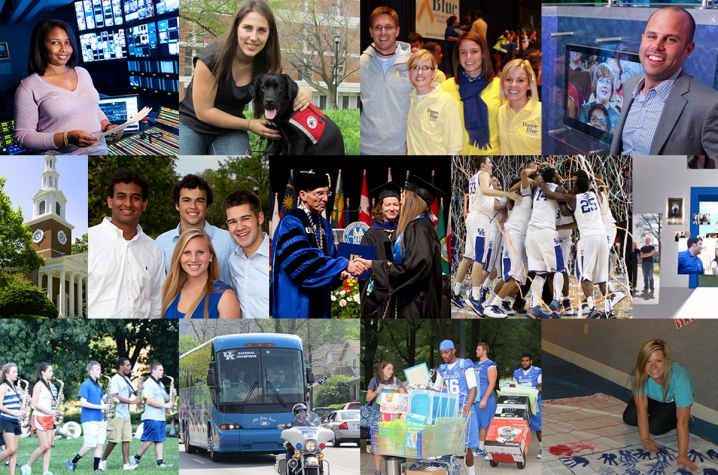 More than 3,500 stories appeared on UKNow, the university's official news website, many receiving thousands or tens of thousands of page views. Reading through some of those headlines gives a good overview of the breadth of activities that took place on campus throughout the year.

From the Morgan County Extension office's heroic efforts to stay open following a tornado that ravaged the area in March, to the UK Libraries digitization of rare accounts of the legendary feud between the Hatfields and McCoys, stories about the university touched every county in the state and received national and international attention.

Whether the stories were about research and scholarship, leadership and service, or community and involvement, the lead players in these stories, invariably, have been the truly exceptional individuals — UK's students, faculty, staff, and alumni — who embody the Kentucky Promise, and who are making great things happen here every day.

And, of course, there were the Cats. (Just in case there's anyone who has yet to hear the news: The Kentucky men's basketball team brought home their eighth national title, back in March.)

Buzz about UK percolated on social media websites such as Facebook, where the number of "Likes" climbed past 340,000 during the past year. And videos produced by UK Public Relations and Marketing caught tens of thousands of viewers on YouTube.

Below are listed the University of Kentucky's Top 10 stories from 2012, ranked by number of views, from UKNow, Facebook and YouTube.

1.    Hatfield and McCoy Events Chronicled in Digitized Newspapers (May 24)

7.    New University of Kentucky Tradition on Avenue of Champions (April 3)