Video produced by UK Public Relations and Marketing. To view captions for this video, push play and click on the CC icon in the bottom right hand corner of the screen. If using a mobile device, click the "thought bubble" icon in the same area.

LEXINGTON, Ky. (April 13, 2018) — The University of Kentucky Office of Nationally Competitive Awards has announced that political science and Arabic and Islamic studies junior Hadeel Abdallah, of Lexington, has been named a 2018 Truman Scholar and will receive $30,000 to support her graduate study. Abdallah is the 14th UK student to receive the honor from the Harry S. Truman Scholarship Foundation.

“The Truman Scholarship is a competitive and special honor earned by a distinguished group of servant leaders. Hadeel Abdallah joins this select group having already made an indelible imprint on the people, communities and organizations she has served,” President Eli Capilouto said. “The entire UK family is deeply proud of Hadeel and congratulates her on this outstanding achievement. We share an extraordinary sense of excitement for all that she will accomplish in the future.”

The Truman Scholarships are national awards presented to college juniors who demonstrate outstanding leadership and are devoted to careers in public service. Recipients of the award are required to work in public service at least three of the seven years following completion of their graduate program.

Beyond the scholarship funding, Truman Scholars also receive priority admission and supplemental financial aid at some premier graduate institutions, leadership training, career and graduate school counseling, and special internship opportunities within the federal government. Recipients must be U.S. citizens, have outstanding leadership potential and communication skills, be in the top quarter of their class, and be committed to careers in government or the nonprofit sector.

Hadeel Abdallah is excited about all that this new scholarship means as she pursues her future in public service. “Honestly, I am really humbled by the opportunity, and I wish to use this to help lift others and bring their important stories into the spotlight as well.”

Abdallah’s passion for public service began at a young age while translating for refugees and has continued as she has served in other capacities over time. “Having so much exposure to these extremely intelligent, resilient people, who have gone through so much has really inspired me,” Abdallah said. “You know, if I have resources to help, why shouldn't I?”

A recipient of both the Chellgren Fellowship and the Gaines Fellowship, Abdallah has been very active at UK. In addition to her studies in political science and Arabic and Islamic studies, she is pursuing a Peace Studies Certificate. Abdallah has also conducted undergraduate research on “How Citizen Dissent Signals for Coup D’états” and as part of her fellowship with the Gaines Center she worked with UK’s Office of Philanthropy and International Center, Masjid Bilal, and the Lexington-Fayette Urban County Government to create a permanent endowment for refugees settled in Kentucky as a long-term community investment in their education, and to bring a spotlight to the plight of refugees making their way to America.

Outside of her academic studies, Abdallah previously served as the president of the Muslim Student Association, where she spearheaded the Refugee Benefit Gala initiative for Kentucky Refugee Ministries and the Islamic Society of Central Kentucky Refugee Resettlement Program to raise money for children's’ education and career development for adults. She is also director of inclusion and outreach for UK’s Student Government Association and was national outreach director for the Muslim Youth of North America.

In addition, Abdallah demonstrated her interest in working in public service by interning in the Office of the Lexington Vice Mayor; the Washington, D.C., office for U.S. Rep. Sheila Jackson Lee of Texas; and with the Kentucky House Democratic Caucus in Frankfort during her undergraduate years.

Based on her interest in policies that affect refugees and immigrants and her studies at UK, Abdallah would like to use her Truman Scholarship to pursue studies in public policy and law.

“Being a political science and Arabic and Islamic studies double-major at UK has been crucial for me to be able to contextualize the political turmoil worldwide through the ever-present fears of extremism and terrorism, and how those two factors play an underlying role in the uprooting of different populations out of their homes permanently. These two majors combined have promoted intelligent debate, as well as an understanding of Islam and the role of Muslims in the contemporary in an increasingly vital way for me and many other students.

“I now feel well-prepared to apply for these different refugee and forced migration studies programs, because I was able to learn about forced migration in an academic framework, which has further inspired me to pursue the degrees to the extent of higher doctorate and law programs. And, I am so excited to do so!”

The daughter of Younes Abdallah and Maissa Abdallah, of Lexington, Hadeel will join this year’s other 58 scholars from across the nation for a week of programming and a special awards ceremony in May at the Harry S. Truman Presidential Library and Museum in Independence, Missouri.

More than 750 candidates for the Truman Scholarship were nominated by 311 different colleges and universities this year, a record number of institutions. Sixteen regional selection panels, which typically include a combination of university presidents, federal judges, distinguished public servants and past Truman Scholars, interviewed the 194 finalists. A complete listing of the 2018 Truman Scholars is available online at www.truman.gov.

The Truman Scholarship Foundation was established by Congress in 1975 as the federal memorial to the 33rd president. The foundation awards scholarships for college students to attend graduate school in preparation for careers in government or elsewhere in public service. Activities of the foundation are supported by a special trust fund in the U.S. Treasury. As of 2017, there have been 3,139 Truman Scholars selected since the foundation began.

UK is among a select group of universities and colleges named Truman Honor Institutions for active encouragement of outstanding young people to pursue careers in public service; effective promotion of the Truman program on campus; and sustained success in helping students win Truman Scholarships.

Students interested in applying for the Truman Scholarship should contact Pat Whitlow, director of the UK Office of Nationally Competitive Awards. Part of the Chellgren Center for Undergraduate Excellence within the Division of Student and Academic Life at UK, the Office of Nationally Competitive Awards assists current UK undergraduate and graduate students and recent alumni in applying for external scholarships and fellowships funded by sources (such as a nongovernment foundation or government agency) outside the university. These major awards honor exceptional students across the nation. Students who are interested in these opportunities are encouraged to begin work with Whitlow well in advance of the scholarship deadline. 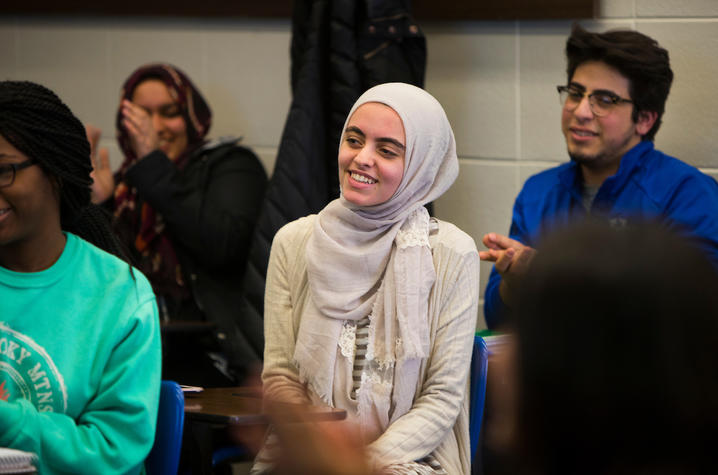 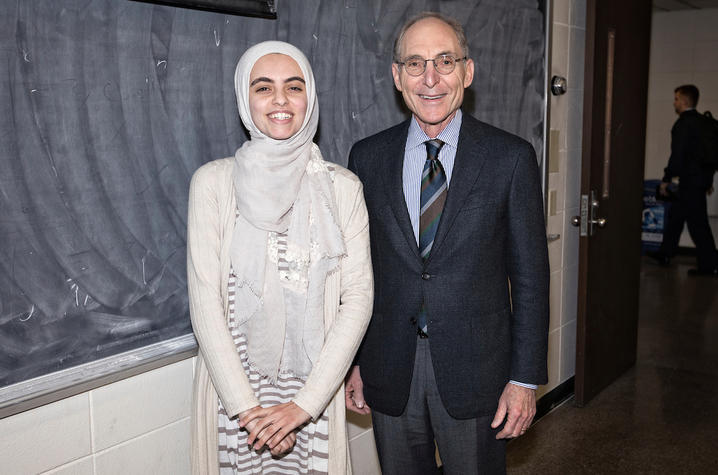 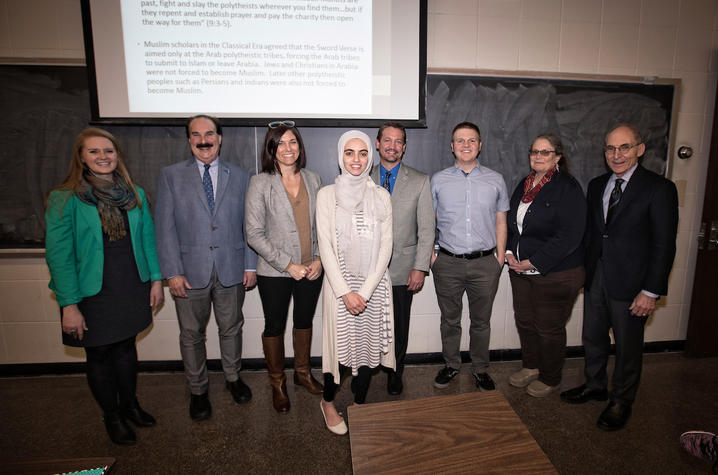 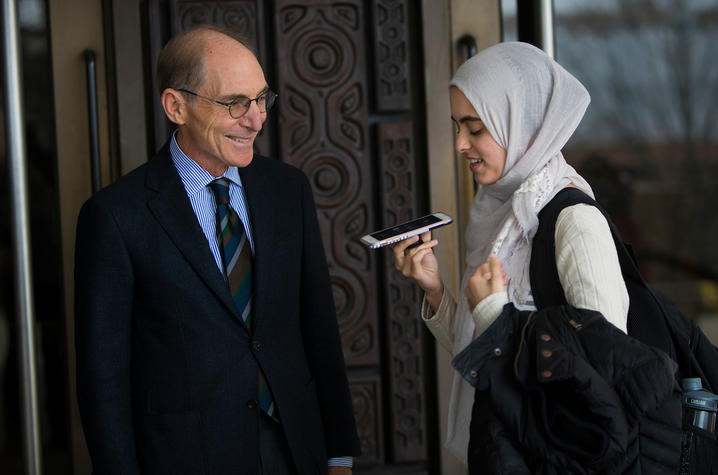