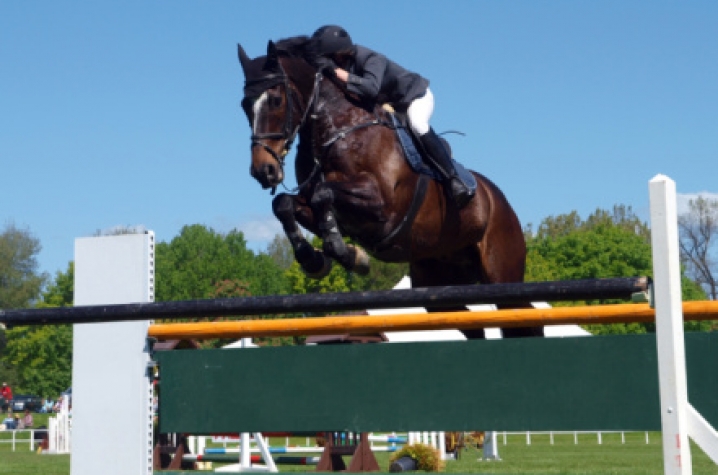 LEXINGTON, Ky. (Nov. 1, 2012) — Reed Kessler, the 18-year-old equestrian phenomenon who became the youngest competitor in the 2012 Summer Olympics equestrian field and the youngest U.S. Equestrian Team member in history to take part in the games, will speak at the University of Kentucky Ag Equine Programs’ Distinguished Industry Lecture Series Nov. 15. Sponsored by Hagyard Equine Medical Institute, the event will take place at 6:30 p.m. in the Ag Science Building’s Seay Auditorium on the UK campus.  It is free and open to the public.

Because of her age, Kessler only became eligible to ride in the top-level competitions in January, but has quickly climbed the ranks. Her list of accomplishments over just the past year is lengthy. A small subset of that list includes finishing seventh in the World Cup Qualifier at the Pennsylvania National Horse Show, fifth as part of Team USA in the National Cup at the Masters in Spruce Meadows, 10th in the Euro Grand Prix in Gijon, Spain, winner of the Prix Vicompte Arthur in Chantille, France, winner of the Pfizer Horse Heath Series at Spruce Meadows, winner of the Hagyard World Cup Qualifier in Kentucky, second in the Hagyard Grand Prix of Kentucky, third in the Olympic Observation Trial in Kentucky, U.S. Olympic Committee Female Athlete of the Month in March and winner of the U.S. Olympic Selection Trials.

“Featuring Reed Kessler for this series is exciting,” said James MacLeod, scientist in the UK College of Agriculture’s Gluck Equine Research Center, past director of UK Ag Equine Programs and event coordinator. “It is an honor to pay tribute to Reed, and we hope the public takes advantage of this special opportunity to learn more about this accomplished young equestrian.”

Reed graduated this year as a straight A student from the Professional Children’s School in New York City, which enrolls sixth through 12th-grade students who are actively pursuing challenging goals while attending school. Its students include actors, musicians, dancers and athletes.

Kessler and her family purchased a 125-acre parcel of Cobra Farm off of Newtown Pike in Lexington in 2012 and relocated from New York City.

The Distinguished Lecture Series began in the fall of 2009 and has become a signature program of UK Ag Equine Programs. It is designed to showcase important figures from the equine industry in an informal setting. Dan Liebman, past editor-in-chief for The Blood-Horse magazine, has interviewed all of the participants, and Dan Rosenberg, of Rosenberg Thoroughbred Consulting, has served as emcee. Hagyard Equine Medical Institute has sponsored all but one of the events.

“We are very appreciative of the sponsorship of Hagyard Equine Medical Institute for this signature event,” said Nancy Cox, associate dean for research in UK’s College of Agriculture and administrative leader for UK Ag Equine Programs.