LEXINGTON, Ky. (June 5, 2019) — “Don’t have a one-track mind … you might choose a path you weren’t planning on taking, and your passion could become a career.”

The G League is the NBA’s developmental league for aspiring players who show promise of future success, to gain experience until they are ready to earn minutes with an NBA club. Raptors 905 boasts six alumni on the current Raptors roster including Pascal Siakam, who scored 32 points for the Raptors in their Game 1 victory over the Warriors in the ongoing best-of-seven series. In all, 16 players in this year’s finals (most all time) have G League experience.

Growing up in Crestwood, Kentucky, near Louisville, Sanders was intrigued by the great support that UK enjoys not only from people in Lexington, but across the Bluegrass State.

“You see the affinity the people of Kentucky have for UK basketball, football and other sports, and for the institution itself,” Sanders said. “The spirit is infectious.”

A double major in finance and management as an undergraduate in the Gatton College of Business and Economics, Sanders originally pictured himself pursuing a career in business, perhaps working on Wall Street for a major financial firm. However, a chance to be up close and personal with the Wildcat basketball program changed all that.

“At the beginning of my sophomore year, I applied for the chance to be part of the behind-the-scenes staff with men’s basketball, to work as a manager for Mr. (Bill) Keightley,” Sanders said. “My interview went well, I was selected and became a manager in time for the 2006-07 season.” (Keightley was equipment manager for the UK Basketball program)

After spending that season under head coach Tubby Smith, Sanders wound up staying with the team and working for three different coaches (Smith, Billy Gillispie and John Calipari) over a five-year span, the first three as a manager and the last two (2009-10 and 2010-11) as a graduate assistant.

“My experience was awesome, I thoroughly enjoyed it,” Sanders said. “I learned a lot during my two years with ‘Mr. Wildcat’ (Bill Keightley died shortly after the 2007-08 season concluded). He taught all of us just how important attention to detail is.”

While working under Coach Cal from 2009-11, Sanders earned his master’s degree in kinesiology and health promotion from UK’s College of Education.

“The more I was around the UK coaches, staff and players, the more my desire grew to make basketball a major part of my life,” Sanders said.

From 2011 to 2017, Sanders worked in the Dominican Republic’s basketball program. Following three years as director of operations for the men’s national team, he was promoted to general manager in 2015. He also served as GM for one of the country’s professional teams, Leones de Santo Domingo, who won the pro league championship in 2016.

Nearing the completion of his second year of traveling throughout the U.S. and around the world in search of future basketball talent for the Raptors, Sanders looks back fondly on his time at UK.

From joining a fraternity as a freshman and quickly making strong friendships, Sanders says UK helped him grow as a student and a person. “What I learned throughout my studies at UK carries over into my daily actions within the Raptors’ organization. I’m so very grateful to the university for the opportunities it afforded me.”

There are several other UK connections for Sanders with the Raptors.

One is Jamaal Magloire, who played for the Wildcats from 1996 through 2000, including being a prolific shot blocker and member of the 1998 NCAA Championship team. Magloire serves as a basketball development consultant and community ambassador for the Toronto ballclub.

Another is former Wildcat standout Jodie Meeks, who recently was added to the Toronto roster. Meeks and Sanders were together at UK from 2006 through 2009. 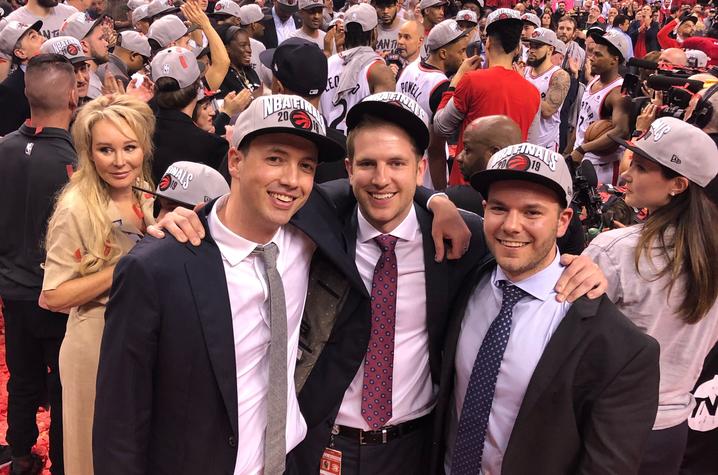 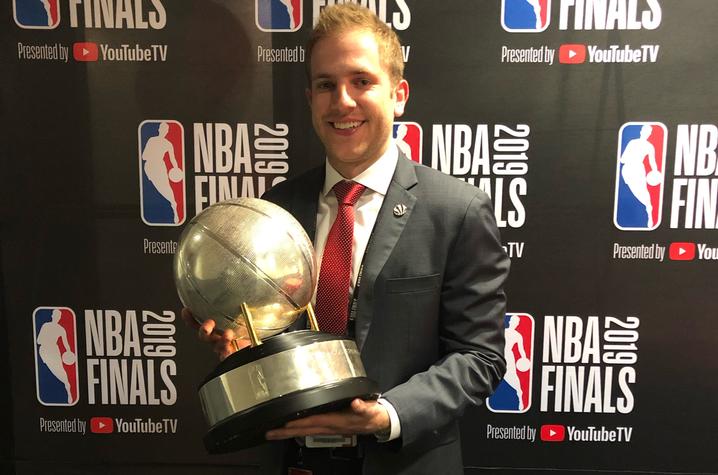 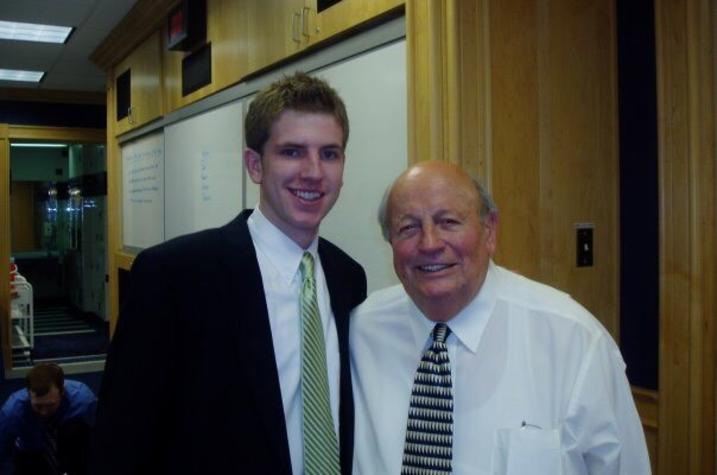