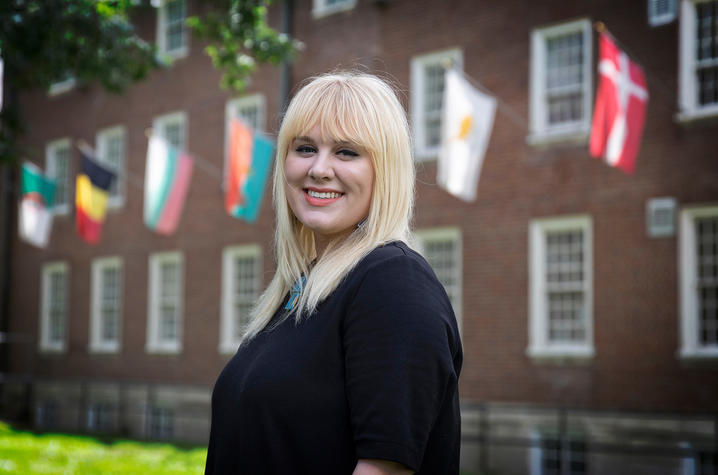 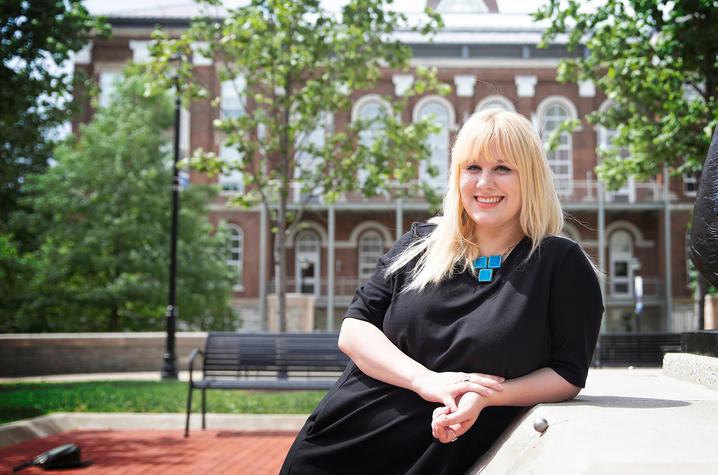 LEXINGTON, Ky. (June 8, 2018) — You might not expect Lexington, Kentucky, and Cairo, Egypt, to have a lot in common. But according to University of Kentucky alumna Alix McIntosh, they share a strong sense of community and hospitality.

In October 2017, McIntosh packed her bags and moved to Cairo to continue her career as an advocate for migrants, refugees and victims of trafficking. Working for the International Organization for Migration (IOM), the United Nation's Migration Agency, McIntosh focuses on migration-related issues and has the opportunity to learn more about the specific barriers faced by that population and the impact migration has on society.

When McIntosh began her studies at UK, her interest in the Arab Spring and general migration issues, and the realization that she knew very little about the region inspired her to pursue a degree in International Studies with a focus on migration in Africa and the Middle East and Arabic and Islamic Studies. After traveling to Amman, Jordan, through a study abroad program and studying Modern Standard and Levant Arabic, McIntosh knew she wanted to live in the Middle East.

McIntosh also has a family history of serving others. Her aunt, the late Louise Slaughter, was the most senior Democratic representative in Congress before her passing earlier this year and was a proud UK alumna. "My aunt taught me to embrace being a loud, passionate, ambitious woman and never to apologize for my convictions," she said. Though McIntosh has had an interest in working in the field of humanitarian aid and development since she was very young, her aunt's legacy of compassion and service to the American people is something she strives to live up to.

The path to McIntosh's current position is an interesting one. During her final year at UK there wasn't an existing program that enabled her to travel to Jordan so she developed her own. While in Amman, she worked as a research intern at the University of Jordan Centre for Strategic Studies conducting research on migration, labor and security issues. After graduating in 2016, she remained in Amman and began working as a paralegal. When an opportunity arose in Kentucky to work more closely with migrants, she returned to Lexington and began working for a law firm focused on immigration issues. In that role, she was able to manage a portfolio of cases and work directly with clients, who often spoke Spanish or Arabic, both of which McIntosh speaks. All the while, she was looking for opportunities to break into the humanitarian field and through connectionsmade at the United Nations, she was put in contact with leaders in the field and then received a recommendation.

McIntosh interviewed at several offices in the Middle East before speaking with the IOM team in Egypt. She'd visited Egypt before and knew a few people who already lived there. She was also intrigued by the migration context in the region. Though Cairo is "absolutely massive, both on a geographic and population scale," McIntosh has made friends and finds the people as friendly as in Kentucky.

Her time at UK also prepared her to live an independent and nomadic lifestyle, McIntosh said. "UK is not a school that babies you, and I had to learn very quickly how to get things done and find my own path to my goals. I was always encouraged to be independent and find alternatives and creative solutions."

McIntosh sees herself remaining in the Middle East and hopes to continue working for IOM and potentially moving to another part of the region. Overall, she wants to continue working with migrants, refugees, and victims of trafficking, making a difference for the most people possible and those most in need.