Hughes, who died Feb. 2, 2021, at age 95 in Lexington, had planned to raise a flag this Tuesday at Veterans Park Elementary in Lexington to honor those who lost their lives at Iwo Jima. Shortly after his death, schools across Chicago (where he lived most of his life) and beyond received word of his plan, and over 100 flag raising ceremonies were organized. His son, Bill Hughes, rose the flag at Veterans Park Elementary on his father's behalf.

UK’s ceremony was planned when UK student and Hughes family friend, Luke Eiden, brought the request to UK administration’s attention. Eiden, who is a sophomore in UK’s Gatton College of Business and Economics, learned of Elwood Hughes' plan through his son, Bill Hughes.

“I've always had passion and pride for where I'm from — I love Kentucky,” said Eiden, who is from Nicholasville. “For me, I was seeking to fulfill my friend's wishes for his father, but also help spread awareness and remembrance of some of the things that Kentucky has been a part of.”

The Battle of Iwo Jima took place over about five weeks on the small island near Japan in 1945. It was among the bloodiest of the war, with nearly 7,000 U.S. Marines killed. The battle and the war are symbolized today through the iconic photo of six Marines raising the U.S. flag on Mount Suribachi at Iwo Jima.

One of those six Marines depicted was Franklin Sousley, from Fleming County, Kentucky. Pfc. Sousley died at Iwo Jima just a month after the flag raising photograph was taken.

He was buried in his home county in Kentucky, and when Elwood Hughes moved to Lexington last year to be close to family, he made the trip to Sousley’s gravesite in Elizaville.

“My grandfather always said the true heroes were the ones who didn’t make it off the island,” said Steven Hughes, Elwood Hughes' grandson and an employee of Facilities Management at UK. He attended Tuesday’s ceremony.

“He was a storyteller, he was a communicator,” Steven Hughes said of his grandfather. “His way of honoring people was to read and tell their stories. So he would be very proud of this.”

“Now more than ever, in a time when we are socially isolated, it's important that we gather to commemorate our military history, especially moments in which Kentuckians put themselves in harm's way to secure our freedoms,” UK Provost David Blackwell said at Tuesday’s ceremony. “I'm proud to work at an institution that prioritizes supporting our veterans, and making this a place where they can come to thrive and advance to the next chapter in their lives. I'm also very proud of our Army and Air Force ROTC programs, and their long history of producing leaders of tomorrow. These outstanding young men and women contribute so much to the fabric of the University of Kentucky.”

Cadet Riley Hunter, Battalion executive officer for UK Army ROTC, was honored to bring Hughes plans to life on campus. "Being a part of this ceremony is inspiring for me, especially being at the beginning of my career. These Marines give the new generations of service members a legacy of sacrifice and selfless service to live up too. Their actions instill an unmatched sense of American pride in everybody that knows their story. That is why it is so important not to forget their contributions to our great nation."

Cadet Zachary Sims, cadet wing commander for UK Air Force ROTC, agreed. "I have known the image of the six United States Marines raising our flag on top of that war-torn mountain ever since I was a kid. At that young age, I knew little of what the picture truly meant and stood for but even then, I knew those were six good men, six heroes. Years later and after seeing and hearing of so many brave people just like them, I can only hope to carry out the message they stood for on that mountain 76 years ago. It was an honor to be able to commemorate Pfc. Franklin Sousley and Pfc. Woody Hughes and be able to raise the flag once more in their memory." 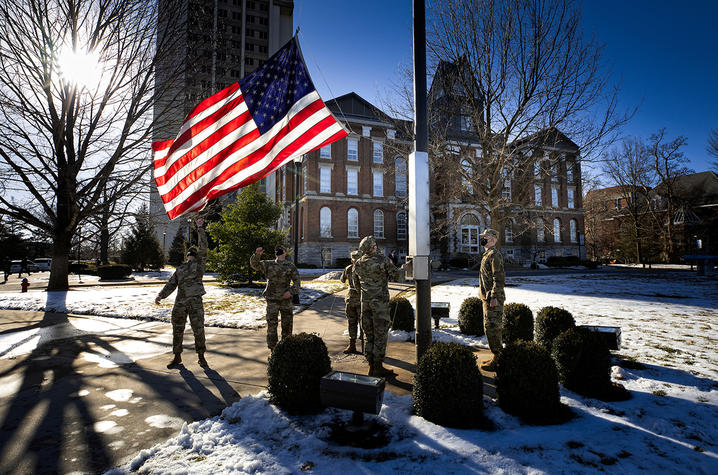 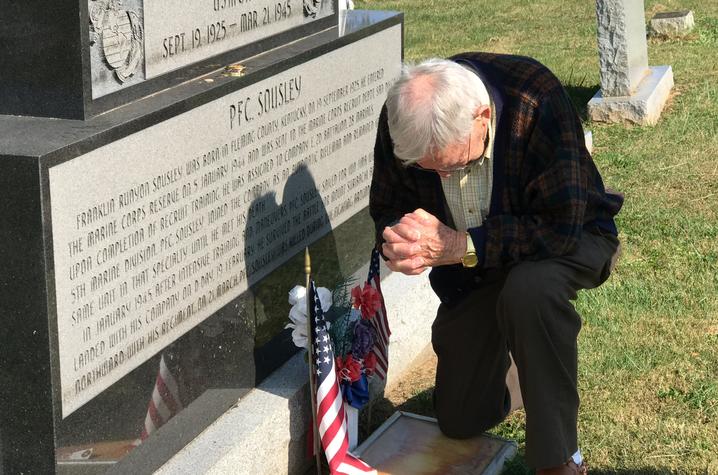 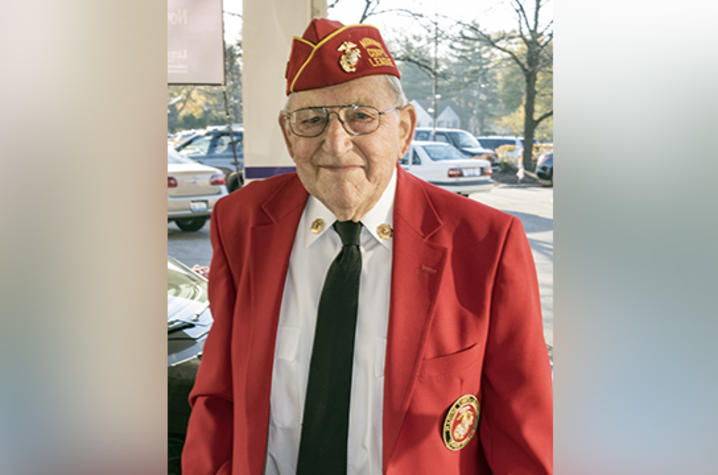 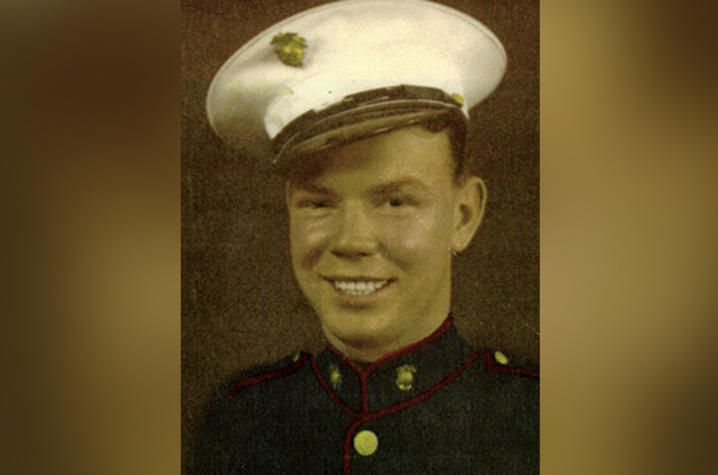