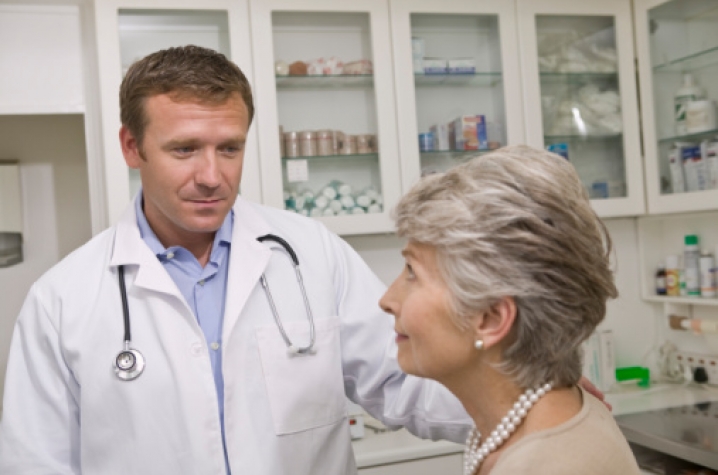 LEXINGTON, Ky. (Sept. 1, 2010) − The University of Kentucky College of Medicine announced today that it is close to completing a formal agreement with Murray State University to launch a regional site in the Purchase Area. This will be the second site – the first being in Morehead, Ky. – of the UK Rural Physician Leadership Program, which aims to recruit, train and retain future physicians in the state's medically underserved rural areas.

The Rural Physician Leadership Program (RPLP) is part of a plan by the college to increase class size by nearly 30 percent over the next several years. Up to 10 students will be recruited for each regional site per year, raising the class size from 113 to 123. Students currently being admitted to the UK College of Medicine will be able to participate in the program. The inaugural Murray cohort will begin training in the Purchase Area in 2014, if final agreement is completed in the coming months.

After completing their first two years of medical school – consisting of rigorous training in basic medical sciences – at UK's main campus in Lexington, RPLP students will spend their third and fourth years at the Murray site, which will work in cooperation with Murray State University and various hospitals and clinics throughout the Purchase Area. Currently, Murray-Calloway County Hospital, Lourdes Hospital, Western Baptist Hospital, Jackson Purchase Medical Center, Marshall County Hospital and Jennie Stuart Medical Center are in talks to provide hands-on medical training to RPLP students. Other health care facilities in the western part of the state potentially may become part of the program.

"The Rural Physician Leadership Track program seeks to fill a needed health care void across Kentucky," said UK President Lee T. Todd, Jr. "The state is facing a dire shortage in rural doctors, and we are excited to partner with our friends in Murray to help solve that pressing problem."

UK already has several collaborative programs in the Purchase Area, including the Center for Excellence in Rural Health. The Rural Physician Leadership Program – Murray is the logical next step for improving Kentuckians' access to quality medical care.

"Moving forward with the Physician Education Program is very important to the long-term viability of the health delivery system in Western Kentucky. This program will allow physicians to train in a rural health setting, thus enhancing the availability to recruit and achieve the mission of hospitals and other healthcare providers throughout our region," said Keith Bailey, CEO of Murray-Calloway County Hospital.

Dr. Randy J. Dunn, president of Murray State University, says the program will give students from rural areas an incentive to remain in the state to practice medicine after graduation.

“The proposed partnership with the University of Kentucky, centered around the Rural Physician Leadership Program, is beneficial to both students and the region,” Dunn said. “Hosting students in Murray for the third and fourth year of medical school will provide far western Kentucky with the ability to train and ultimately retain medical doctors from this area of the state, filling a tremendous gap in the availability of physicians practicing in rural areas.”

The shortage is more acutely felt in the state's rural areas, said Wilson.

During their first two years of study, RPLP students follow the same curriculum as other medical students at UK Medical Center, in Lexington, Ky. A key difference is that RPLP students will meet in small group sessions related to rural aspects of public health, biostatistics, epidemiology and community medicine concepts.

RPLP students will also be able to explore their interests in health care by visiting community leaders and agencies. During this formative stage, they will be matched with a community physician who will serve as a mentor during their clinical years.

In their third year, RPLP students are based in Murray, Ky., during their third year. Hospitals and clinics in the Purchase Area will provide medical students with an environment for their clinical training. Core clerkships are offered in internal medicine, family and community medicine, surgery, obstetrics and gynecology, pediatrics and psychiatry. Students will also follow patients throughout their course of care. Along with their clinical training, scholars will explore ideas, concepts and rural perspectives of health care with UK College of Medicine Community-Based Faculty.

While in Murray during their fourth year of study, RPLP students attend the same clerkships as fourth-year medical students at UK Medical Center, but RPLP students return to Lexington for Clinical Pharmacology and Dean’s Colloquium.

RPLP students also will conduct a community health research project in the Purchase Area. To better prepare for managing a rural practice, they will evaluate a real-life medical practice, assessing factors such as the number of patients seen, staffing needed and technology employed. They also will have the opportunity to experience community leadership training at Murray State University.