LEXINGTON, Ky. (Aug.  28, 2019) — One man. One courageous step. Seventy years of a journey that is still unfolding and evolving.

In 1949, Lyman T. Johnson became the first African American to enroll at the University of Kentucky, resulting in the first racially integrated class. It was, by all accounts, a wrenching path.

But 30 years later, Johnson was awarded an honorary doctorate from UK.

“It’s remarkable,” Johnson wrote, “that so much has changed in the space of thirty years — from the time I forced my way into the university on a court order to the day the university gave me an honorary degree.”

Today, awards, ceremonies, programs and a residence hall proudly bear Johnson's name on the UK campus. And now, this seven-decade journey — from court-ordered integration to a university that strives to be a community of belonging for everyone — is the subject of a yearlong examination. And the journey is far from over.

This academic year, UK will commemorate 70 years of integration with a series of events, academic courses and special presentations. The commemoration and examination are sponsored by UK’s Office for Institutional Diversity, which is celebrating its own 10-year anniversary this academic year.

"Leading the 70th Commemorative Anniversary of Integration is especially meaningful to me because of my own personal history with Lyman T. Johnson, whom I first met in 1992 when joining the faculty," said Sonja Feist-Price, UK vice president for Institutional Diversity. "For nearly a decade, Mr. Johnson attended the Lyman T. Johnson Banquet on an annual basis and would make time to engage with black faculty. His most remembered words were 'don't let the wagon roll back down the hill.' Mr. Johnson's words reminded us of the consequences of apathy and the importance of pressing forward to ensure equitable treatment for marginalized populations. As we work diligently to ensure the success of yearlong commemorative events, I'm reminded that I stand on the shoulders of Lyman T. Johnson, as well as others."

The year of commemoration will begin with an assembly this Friday morning, featuring remarks from Trevor Noah, comedian and television personality. Noah is also the author of a nationally acclaimed autobiography, "Born a Crime," that focuses on his childhood growing up in apartheid South Africa. This assembly will draw on Noah's reflections of his life from South Africa to the United States, sharing thoughts on the importance of diversity and social justice dialogues. Tickets for the assembly are still available.

The assembly will also feature remarks from UK representatives and the granting of an honorary doctorate to UK alumna and faculty member Doris Wilkinson, one of the first African Americans to graduate from UK, and an emeritus professor in the Department of Sociology in the College of Arts and Sciences.

“With each milestone, and at each moment in her distinguished career, Dr. Wilkinson exemplified the compassion and determination that are distinctly Kentucky," said UK President Eli Capilouto. "She helped shape the sense of pride and purpose we are charged with carrying forward today."

In honor of the 70th anniversary, George C. Wright, noted African American scholar and former president of Prairie View A&M University, is serving as a visiting professor in the UK Department of History. A native of Lexington, Wright received his bachelor’s and master’s degrees from UK and his doctoral degree in history from Duke University. In 2004, he was awarded an honorary doctorate of letters from UK.

Over the course of the academic year, Wright will give presentations on campus and throughout the state. This fall, he will teach a seminar on slavery in the Americas, and in the spring a seminar on the worldwide quest for equality. He will also take students on an Education Abroad trip to South Africa.

On Nov. 14, the Kentucky Council on Postsecondary Education (CPE) will host the Higher EDquity Symposium at UK. Topics to be explored include the status of race and ethnicity in higher education, trends in equitable practices as they relate to higher education, courageous conversations about issues of diversity on Kentucky's campuses and implementing inclusive pedagogical practices in the classroom. Featured keynote speakers include Shaun Harper, scholar and racial equity expert; Aaron Thompson, CPE president; and Samuel D. Museus, diversity scholar and founding director of the National Institute for Transformation and Equity.

These are just a few of the many events scheduled throughout 2019-20. To view a full list of events and programs that commemorate the 70 year anniversary, visit www.uky.edu/diversity/70years. 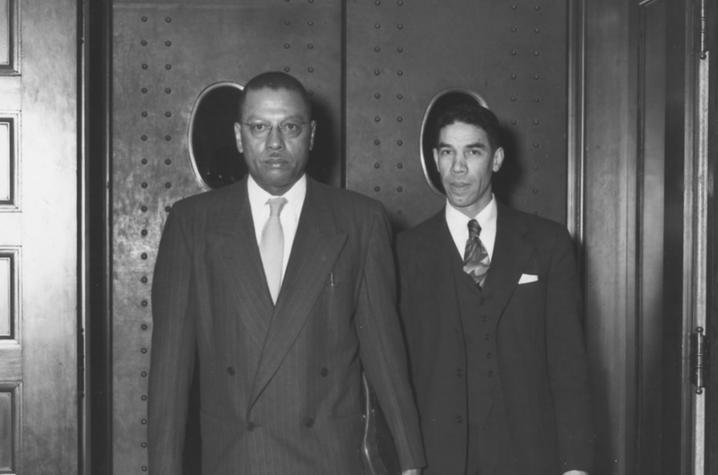 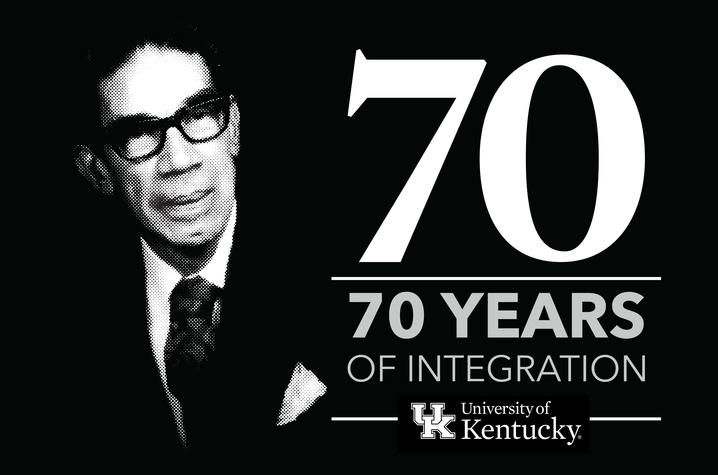