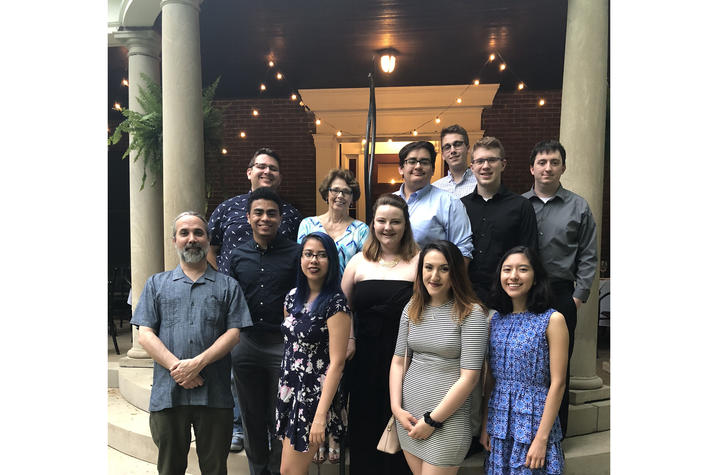 The team faced and defeated teams from Cornell, Kansas, Wake Forest, Dartmouth, Michigan State, Cal-Berkley, but they were eventually defeated by Harvard, the tournament champion, on a 2-1 decision.

In just one week, UK will hold the 46th annual University of Kentucky Run for the Roses. The seven top teams in the nation will compete in the tournament, which includes Michigan, Wake Forest, Berkeley, Georgia, UNLV, Emory and Kentucky.

Bannister and Trufanov were ranked No. 5 in the nation last year, the highest rank UK has held in more than 20 years. Bannister and Trufanov won two major tournaments last season, the Naval Academy Invitational and the Kentucky Round Robin, and even surpassed Harvard’s top team. UK's team is under the direction of Dave Arnett and led by Head Coach Lincoln Garrett and team assistants, Amar Adam and Seth Gannon.

For more information on the team or to follow their success visit https://www.ukforensics.com/.