NEW YORK (Nov. 12, 2019) — The University of Kentucky’s vision for developing an esports program is bigger than games and sport.

“The main motivation … is our belief, our fervent conviction, that games will really bring the entire world together … and it’s going to be led by the young people of our next generation,” said Chris Park, CEO of Gen.G sports, a global leader in esports. “Today is really a celebration of games. It’s a celebration of students.”

Park was referencing the first public event, held last week in New York, designed to showcase the recently announced partnership between UK and Gen.G, which manages esports teams around the globe from its offices in America and Asia.

Through the partnership, the idea is to create an innovative esports program — unlike any other in the country — that maximizes student success and the potential for career opportunities in what is now a global, multibillion-dollar industry. At the same time, UK officials, as part of a larger Smart Campus initiative, are looking for ways to use esports and other technologies to build a stronger and larger sense of community on campus.

In New York last week, the two partners held an event at Samsung 837, the company’s high-tech event space in the city’s Meatpacking District. The event featured a panel discussion, moderated by esports personality and UK alumna Erin Ashley Simon, in front of more than 200 people. Participants in the event also tried out some of the latest games and gaming hardware from Samsung.

Against a backdrop of a colorful blur of games playing on a theater style digital media board, the panel consisted of Christine Harper, UK’s associate provost for enrollment management, Park, and Wally Johnson, a UK civil engineering senior who is president of UK’s esports club.

“We need to meet students where they are,” Harper said. “Who knows where the jobs of tomorrow are going to be?”

For example, Harper said UK is distinctively positioned to take advantage of an esports partnership in which a synergy can be created from the university’s more than 200 majors and an industry where jobs and careers are possible in areas such as computer science, business, media and marketing, among others. To that point, Simon cited the engagement of large media companies — like ESPN and The Washington Post — in esports.

“Events like today and this partnership can help create more opportunities for students to find avenues to get into,” Park said.

But panelists quickly noted that esports — and the partnership between UK and Gen.G — is not only about career development. Both UK and Gen.G want to explore how esports can help build community in all its dimensions — whether it helps create a sense of belonging or can contribute to wellness and well-being. Harper said one of the reasons, in fact, that UK ultimately chose Gen.G as a partner is their focus on wellness and well-being. Indeed, Park cited a recent partnership that Gen.G has implemented with LA Fitness that is about promoting and prioritizing fitness.

Within the next few weeks, UK officials are planning campus forums — and focus groups — with faculty, staff and students to discuss the challenges and opportunities associated with esports. In spring 2020, UK is working with Gen.G to plan an academic conference to discuss the issues associated with the growing industry and its involvement with universities. The potential exists for academic research into expanding opportunities in esports, but also challenges such as equity and diversity, repetitive motion injury and other concerns.

UK officials also will be working with faculty leaders for the appropriate review and approvals as ideas for academic programs and certificates are created.

For more about the esports initiative in New York, you can view this video: https://youtu.be/FH_kmG3U51E. 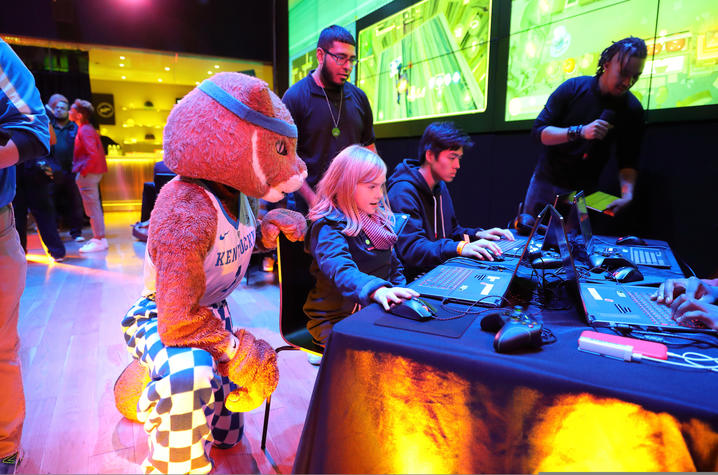 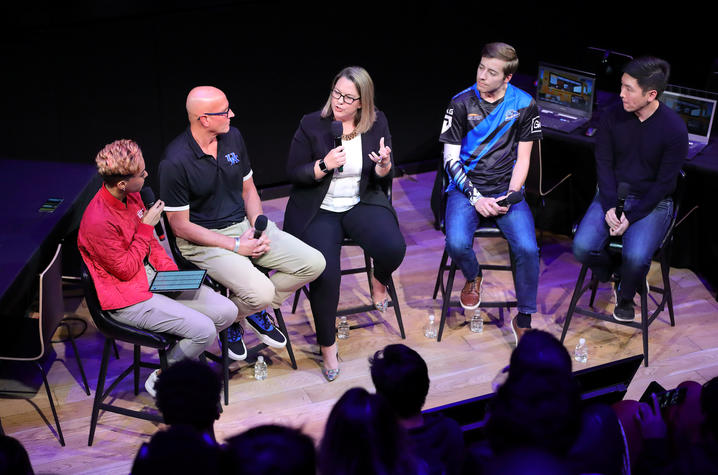