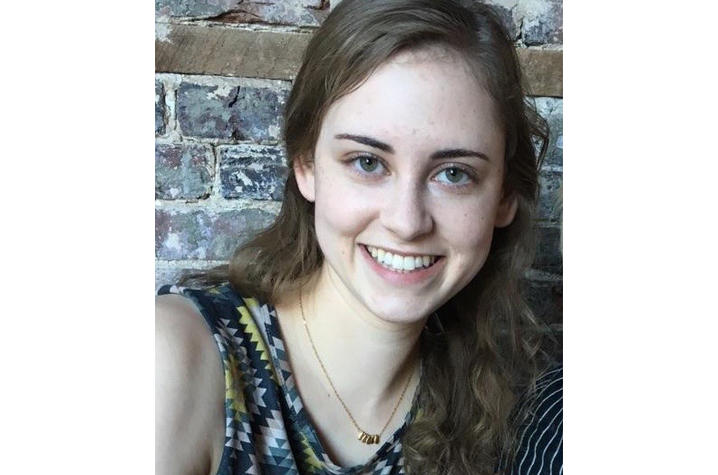 The Chicago Teacher Residency, founded in 2001, is a teacher training program operated by Academy of Urban School Leadership (AUSL), a nonprofit organization partnering with 31 Chicago public schools to give prospective teachers the ability to earn their master’s degree and gain experience in some of the highest needs schools in Chicago. Named the largest teacher residency in the country, selected applicants spend one academic year training to teach students in public schools in Chicago.

The Chicago Teacher Residency will provide McConnell with the opportunity to receive her Illinois teaching license and her master’s degree in teaching, as well as the chance to teach English to middle school students in Chicago public schools. Following graduation, the program places residents into teaching positions in AUSL network schools. McConnell’s residency will start June 2018 and last an entire academic school year.

McConnell, a 2017 graduate of UK, majored in anthropology and English with a minor in Spanish and was a member of Lewis Honors College. She is the daughter of Jim and Ann McConnell, of Loveland, Ohio. While studying at UK, McConnell participated in education abroad at Maynooth University in Ireland and Universidad San Francisco de Quito in Ecuador. She is currently studying at National Louis University with plans to graduate in 2019.

McConnell’s English degree was a natural fit due to her passion for language and interest in how words create meaning. Her love for learning about people and culture led her to double-major in anthropology.

“My love of language also led me to study Spanish, which I hope to continue using while working with Latino communities in Chicago,” McConnell said.

During her time at UK, McConnell was able to participate in two internships, the Kentucky Scholars Internship and the Food Sustainability Internship with the Office of Sustainability, through which she conducted research at UK’s Shawneetown Community Garden. She also spent a summer completing an anthropological research project on conceptions of creativity in summer arts classes.

McConnell says her time as an inaugural intern in the Kentucky Scholars Internship was what reaffirmed her passion for working with young people as she taught a semester at Pine Mountain Settlement School in Harlan County.

“My internship at Pine Mountain was one of the most memorable experiences in my time at UK, and I am so grateful for the opportunity I had to work there in the fall of 2016,” McConnell said.

McConnell is also grateful to the Carnegie Center for Literacy and Learning in Lexington, where she volunteered as a tutor and then took a job with Camp Carnegie this past summer.

Students interested in applying for a Chicago Teacher Residency are encouraged to contact the UK Office of Nationally Competitive Awards. Part of the Chellgren Center for Undergraduate Excellence within the Division of Student and Academic Life at UK, the office assists current UK undergraduate and graduate students and recent alumni in applying for external scholarships and fellowships funded by sources (such as a nongovernment foundation or government agency) outside the university. These major awards honor exceptional students across the nation. Students who are interested in these opportunities are encouraged to begin work with the office's director, Pat Whitlow, well in advance of the scholarship deadline.