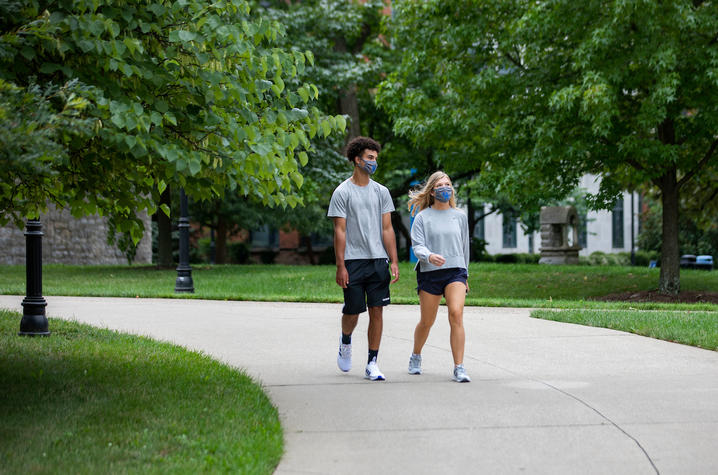 LEXINGTON, Ky. (Aug. 21, 2020) — The University of Kentucky will re-test for COVID-19 5,500 students who participate in UK Fraternity and Sorority Life (FSL), as part of its planned Phase II of on-campus testing officials announced Friday.

The re-testing protocol represents the start of Phase II of UK’s testing plan under its Restart Playbook (p. 10) that has guided the university’s reopening plans for the fall semester. This next phase focuses on students in FSL because of higher positivity rates among these students, as compared to the general student population.

UK’s START team, comprised of health professionals and public health experts, recommended mandatory testing for students and outlined plans for follow-up testing that would be dictated by data collected over time.

“It’s important that we address this issue of students in our fraternities and sororities quickly, thoughtfully and with care,” said UK President Eli Capilouto. “Our preparation and planning thus far have enabled us to understand issues as they arise and have given us the capacity to address them. That’s what we are doing in Phase II of our plan.”

Details of the retesting plan include:

Capilouto stressed that the move to re-test students in FSL is not a move to blame students. Rather, he said, a combination of factors likely contributed to the higher positivity rates, and it was simply important for UK to move quickly to address the challenge; that capacity was made possible by the institution’s comprehensive planning process.

“We are able to move with speed and precision because of our preparation and planning. We began the semester with a plan to gather the necessary data to inform our interventions — by mandating testing for all students as they arrived on campus,” Capilouto said. “That testing regimen — recommended in our restart playbook and by a team of health professionals and public health experts — created a baseline of data that’s now enabling us to quickly detect and respond to trends.”

Capilouto said it was important to reinforce the factors university officials are using to monitor the health and well-being of the campus, which include:

“We remain in a good place on each of those measures, although it is critical that we undertake retesting now,” Capilouto said. “As we move forward with this process, we will report these numbers along with our continued plans for how we will do what it takes to keep our campus community healthy and safe.”