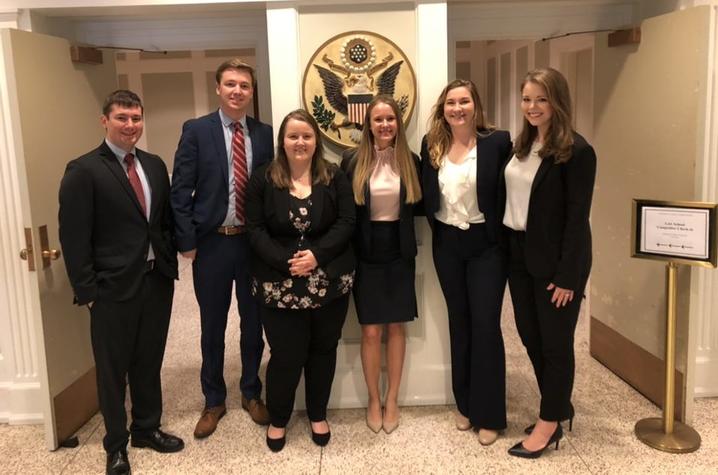 Team 1, made up of Yohe, Pabon and Baldwin, will represent UK at the national competition. Simpson, Reid and Pence will travel as alternates.

“It is really something to have judges and lawyers repeatedly tell you that you are as good as, if not better than, a lot of lawyers practicing today. I think at least one judge from every round shared that with us and the other competing team, and that is absolutely inspiring to know that we are on our way to becoming great lawyers and advocates,” Yohe said.

“The team has gotten so close so many times and to be able to finally push through to the national competition in New York feels like we're carrying on a legacy of the people who poured into us,” Pabon said.

UK Law Professor Michael P. Healy worked with the teams to craft arguments. They were fortunate to gain perspective and advice from 6th Circuit Court of Appeals Judge John Rogers, among many others.

“Professor Healy dedicated so much of his time to help us prepare arguments. He met with each team every weekend for several hours on both Saturday and Sunday to hear our arguments, work through new ideas and leads, and pose practice questions for us to respond,” said Yohe.