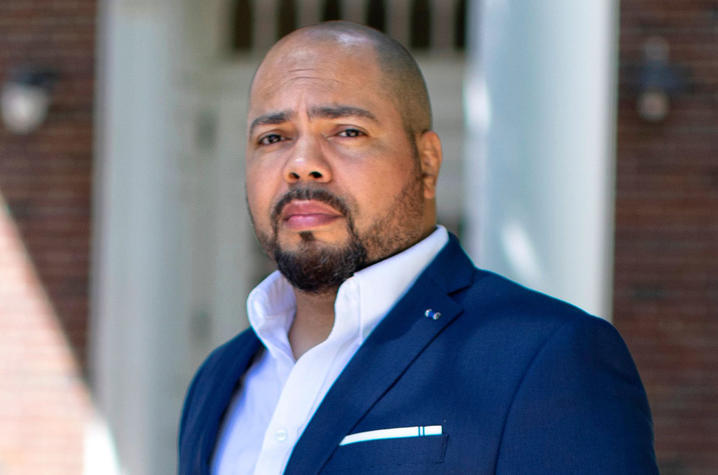 KALAMAZOO, Mich. (Nov. 17, 2022) — Western Michigan University (WMU) announced Thursday that Julian Vasquez Heilig has been named its next provost and vice president for academic affairs. His appointment will be effective Jan. 4, pending WMU Board of Trustees approval.

Vasquez Heilig currently serves as dean of the University of Kentucky’s College of Education.

“Dean Vasquez Heilig has led the College of Education through a period of growth, which speaks directly to the need for more teachers in our state and in our country,” said UK Provost Robert DiPaola. “His public scholarship, around issues of equity, has contributed to much of the conversation that is happening nationally on these critical questions as well. Western Michigan is getting a national leader in education, someone committed to students and their success and to the value that higher education has for our country.”

During his three-year tenure at UK, Vasquez Heilig prioritized increasing diversity among teachers and recruiting more students to the teacher pipeline amid a growing shortage in the U.S. In preliminary data this fall, the college saw a 63% increase in freshmen overall and an 83% increase in freshmen majoring in teacher preparation programs compared to 2019. Freshman students of color majoring in teacher preparation programs grew 275% during the same time period. The number of faculty of color in his college also increased under his leadership and the college achieved its highest-ever ranking by U.S. News & World Report.

“Some say meaningful change cannot happen quickly, but I believe UK’s students, faculty and staff have shown it can happen remarkably fast with commitment and innovation,” Vasquez Heilig said. “We have seen growth at the UK College of Education because the students making career choices today are from a generation that runs toward challenges. We are showing them how they can be part of the solution through the UK College of Education’s top-notch academic majors that provide opportunities to make a difference through hands-on, practical experience combined with innovative and meaningful research. We have also emphasized strengthening the structures and support required to recruit a diverse faculty to attract and mentor students and uplift communities of color. I look forward to UK’s continued achievements and will remain grateful for our shared work.”

Prior to his deanship at UK, Vasquez Heilig held leadership and faculty positions at California State University from 2014-19 and University of Texas at Austin from 2007-14. He has also served as a civil rights leader and on a number of educational policymaking bodies from the local to international level, working to advance equity and bridge gaps in access and engagement.