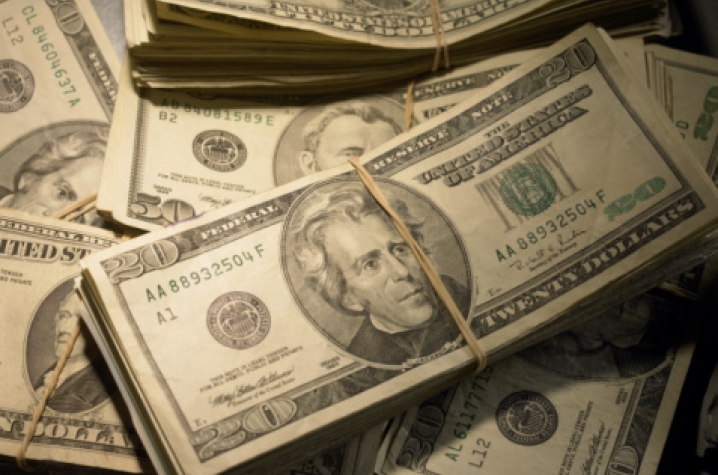 In the report, "Small Banks in the Capital Purchase Program (CPP)," the panel found that the result of the program's "one-size-fits-all" repayment terms has been that large banks have been much better served by the program than smaller institutions.

Troske, chair of the Department of Economics and Sturgill Endowed Professor of Economics, as well as the director of the Center for Business and Economic Research (CBER) in UK's Gatton College of Business and Economics, said, "While I do believe that on net TARP helped stem the growing financial crisis in 2008, I think the program has the potential to hurt the small banks that received money through TARP. In the end, because of the problems in the small bank sector of the economy, TARP may lead to a less stable and less competitive banking sector, which could hurt all consumers."

The U.S Treasury Department provided capital to banks participating in the CPP under a single set of repayment terms designed at the outset of the program. Of the 19 American banks with more than $100 billion in assets, 17 participated in the CPP, receiving 81 percent of the total CPP funds. Money was made available to many of these large banks in only a matter of weeks, in some cases even before the banks applied for the funds. Of these large banks, 76 percent have already repaid taxpayers, and many are now reporting record profits. By contrast, of the 7,891 banks with assets of less than $100 billion, only 690 received funds from CPP and less than 10 percent have repaid. Those banks experienced a longer and more stringent evaluation, and many are now struggling to meet their obligations to the taxpayers.

The "one-size-fits-all" approach suited large banks much better than their smaller counterparts. Small banks do not benefit from any "too big to fail" guarantee; regulators have been quite willing to close down smaller failing institutions. Small banks are disproportionately exposed to commercial real estate, where future losses are likely. Small banks are often privately held or thinly traded and have limited access to capital markets. Despite these differences, the terms for repaying CPP capital are the same for both small and large banks.

Small banks are at risk of becoming stuck in program: unable to raise enough money to repay their CPP investment with many struggling to pay their TARP dividends. Already, one in seven small banks has missed a dividend payment. The problem will grow worse in a few years, when TARP's dividend rate will nearly double from a relatively modest 5 percent to a very expensive 9 percent. This, in combination with other strains from the recession and commercial real estate liabilities, could force some banks to default on their obligations to taxpayers, consolidate, or collapse.

One lasting effect of TARP may be a banking system that becomes more concentrated. In its earliest days CPP provided a capital cushion that helped large banks weather the financial crisis and, in some cases, to purchase smaller banks. Now small banks are struggling and TARP may not be making a difference. For as long as small banks remain weak, small business lending will remain constricted and the economic recovery will struggle to get off the ground.

The COP recommends that Treasury take immediate steps to ensure that as many banks as possible repay taxpayers and to prepare to deal accordingly with the banks that cannot. In particular, Treasury should work to support CPP banks' efforts to raise new capital, determine options for the illiquid portions of its portfolio, including bundling and pooling investments, and articulate a process for appointing board members for banks that fall too far behind on their dividend payments.

The full report is available at cop.senate.gov.

The Congressional Oversight Panel was created to oversee the expenditure of the Troubled Asset Relief Program (TARP) funds authorized by Congress in the Emergency Economic Stabilization Act of 2008 (EESA) and to provide recommendations on regulatory reform. The Panel members are: J. Mark McWatters; Richard H. Neiman, Superintendent of Banks for the State of New York; Damon Silvers, Policy Director and Special Counsel for the AFL-CIO; Kenneth Troske, William B. Sturgill Professor of Economics at the University of Kentucky; and Elizabeth Warren, Leo Gottlieb Professor of Law at Harvard Law School.