LEXINGTON, Ky. (Oct. 21, 2019) — As part of strategic efforts to leverage technology to maximize student success and build community, the University of Kentucky today announced a partnership with the global esports company Gen.G to build a first-of-its-kind global gaming and esports program.

The collaboration is being jointly led by two UK offices: Student and Academic Life and Information Technology Services.

A growing number of universities across the country are exploring esports teams and clubs. Today’s announcement, a formalized partnership that the university has developed through its multimedia rights holder JMI Sports, promises strategically distinctive steps beyond esports as purely a competitive platform

The partnership will emphasize access to opportunities for all University of Kentucky students. Gen.G, for example, has been a leader in working to diversify esports, launching the first all-female Fortnite team. Gen.G and UK are both focused on issues of equity and greater inclusivity.

The partnership between UK and Gen.G — the global esports organization connecting the best gamers in the United States and Asia — will develop wholly new pathways for student recruitment, classroom and internship opportunities; research avenues for scholars across a variety of colleges; and professional development for alumni.

The partnership is part of a larger Smart Campus Initiative in which the university is exploring multiple ways to further leverage the use and benefits of innovative technologies throughout its teaching, research, service and health missions. The first initiative in the Smart Campus program was the announcement last spring that UK would provide all first-year students and many faculty with an iPad Air, Apple keyboard and Apple Pencil.

“We view technology, not as an end, but as a tool to help us maximize the success of our students — in their educations and as they pursue all that’s possible at the University of Kentucky,” said University of Kentucky Provost David Blackwell. “We want to provide them tools and learning opportunities that will help them succeed at UK, but also as they pursue jobs and careers that will help them succeed throughout life.”

“This partnership will provide further paths for students to explore these pursuits, using technology — and gaming — as a tool,” said Eric N. Monday, UK’s executive vice president for finance and administration. “At the University of Kentucky and at Gen.G, we view gaming, esports and technology as a lens through which prospective, recent and current UK students view their lives and opportunities for lifelong growth and development.”

Kentucky — like much of the southeastern United States — is home to many creative and passionate gamers who historically have been underserved by colleges and companies not situated on the coasts.

Through the innovative program announced today, Blackwell and Monday said the University of Kentucky is putting a stake in the ground as the region’s leading institution to open access to the best career paths that gaming — a $130+ billion global industry — has to offer.

“As rapidly as collegiate esports is already growing, the full power of games to impact students’ lives stems from international community more than from intercollegiate rivalry,” said Chris Park, CEO of Gen.G. “We believe the best universities should invest in this vision across the world. The University of Kentucky, with a nationally elite range of academic offerings and an internationally recognized athletic program, is particularly well-equipped to help lead the way.”

Current UK students and alumni who sign up at www.uky.edu/esports/ will be eligible for exclusive access to the program’s launch events later this academic year, which will include stops in major U.S. cities.

Even as the innovative partnership will explore the opportunities associated with esports, some of the traditional challenges associated with gaming will be a focus as well, officials with UK and Gen.G said. The partners will work to develop a research portfolio that will address and probe issues such as repetitive injury motion and societal concerns around gaming and violence.

“We plan to be a leader not only in exploring the vast potential opportunities associated with esports and technology more broadly, but also the challenges posed to society,” said Blackwell, UK’s provost. “Indeed, a primary benefit of a partnership between a global leader and national research university is you can explore in depth issues such as gender and racial equity as well as the need for more research around concerns that there are connections between gaming and societal violence.”

To keep up with all major announcements, visit www.uky.edu/esports/ or https://geng.gg.

The program will focus on three key pillars — academic, community and professional development. Specific initiatives already underway, several of which will be developed in close collaboration with the UK esports Club, include:

Academic Development: Starting later this year, the university and Gen.G will serve as host for a periodic speaker series on campus, featuring leading gaming and esports executives, athletes and content creators. The series, which also will be streamed globally, will showcase content that is customized for students and alumni from relevant UK majors and degree programs.

In the coming months, the university will run an open call with faculty to discuss the potential new academic program and examine the possibility of a gaming-focused certificate program. Additionally, this strategic partnership will create new pathways through the Gen.G Elite Sports Academy for international students interested in unlocking better academic opportunities through esports. UK will work with faculty leadership for the necessary review and approvals as these components develop.

Community Development: UK will initiate an open platform for Kentucky high schools, giving local teenagers a head start on careers in the global gaming ecosystems. The platform kicked off with gaming-related programming at Big Blue Open House events this fall.

And UK and Gen.G will further the Innovation Lab, scheduled open in fall 2020 at the corner of Winslow and South Limestone. The Winslow site will host additional parking and retail spaces, as well as a hub for creativity, technology and entrepreneurship in UK’s expanding innovation corridor.

Professional Development: The university is committed to developing the leading university conference serving the gaming and esports ecosystems. The inaugural event, scheduled for spring 2020, will convene relevant thought and business leaders annually to explore the industry’s most pressing issues and facilitate the entry of UK students into tech-forward careers in gaming.

Moreover, later this year, UK will launch the inaugural Wildcat Alumni Gaming and New Media Series that will connect the university’s alumni in major cities around the United States with thought and business leaders from the gaming and esports worlds. The 2019-20 series will begin with an event in New York City the week of Nov. 4 and will include events in other communities later in the academic year.

UK’s media rights partner — JMI Sports — has signed a partnership and development rights agreement with Gen.G that will be the basis for the innovative partnership. For more information about the partnership, go to: www.uky.edu/esports/.

About the University of Kentucky:

The University of Kentucky is increasingly the first choice for students, faculty and staff to pursue their passions and their professional goals. In the last two years, Forbes has named UK among the best employers for diversity, and INSIGHT into Diversity recognized us as a Diversity Champion three years running. UK is ranked among the top 30 campuses in the nation for LGBTQ* inclusion and safety. UK has been judged a “Great College to Work for" two years in a row, and UK is among only 22 universities in the country on Forbes' list of "America's Best Employers." We are ranked among the top 10 percent of public institutions for research expenditures — a tangible symbol of our breadth and depth as a university focused on discovery that changes lives and communities. And our patients know and appreciate the fact that UK HealthCare has been named the state’s top hospital for four straight years. Accolades and honors are great. But they are more important for what they represent: the idea that creating a community of belonging and commitment to excellence is how we honor our mission to be not simply the University of Kentucky, but the University for Kentucky.

Gen.G Esports is a global esports organization founded in 2017, with offices in Seoul, Los Angeles, San Francisco and Shanghai. It owns and manages championship heritage teams competing in the world’s biggest esports competitions on the world’s most recognizable gaming franchises — Overwatch, League of Legends, Fortnite, PlayerUnknown’s Battlegrounds, Clash Royale, Call of Duty, Apex Legends and NBA 2K. Gen.G speaks to a generation that grew up on gaming, equally serving the needs of its players, fans and business partners to create a winning environment that positions its teams for success.

Gen.G is represented in the highly competitive Overwatch League by ‘Seoul Dynasty.’ ‘Gen.G LoL’ is a force on League of Legends front as the winner of the 2017 League of Legends World Championship in Beijing. Starting in 2020, Gen.G’s Shanghai franchise will compete in the NBA 2K League -- the League’s first franchise representing a city outside North America. ‘Gen.G HotS’ burst onto the scene in 2017, winning the Heroes of the Storm Global Champions at BlizzCon 2017 and in 2018. Gen.G’s PlayerUnknown’s Battlegrounds team ‘Gen.G PUBG’ claimed the third-person perspective title in the PUBG Global Invitational 2018.  A Chinese team, ‘Gen.G Clash Royale’ and a US-based Fortnite team were announced in 2018, stamping Gen.G’s industry leadership with a presence in three major esports markets.

More information about Gen.G esports and its teams can be found at: https://www.geng.gg/. 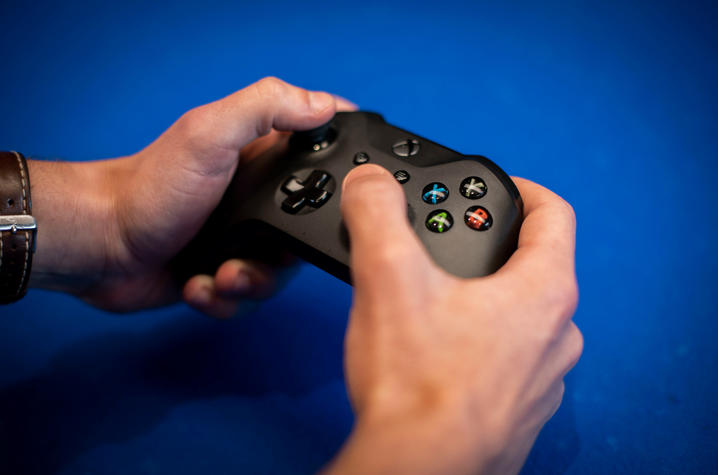 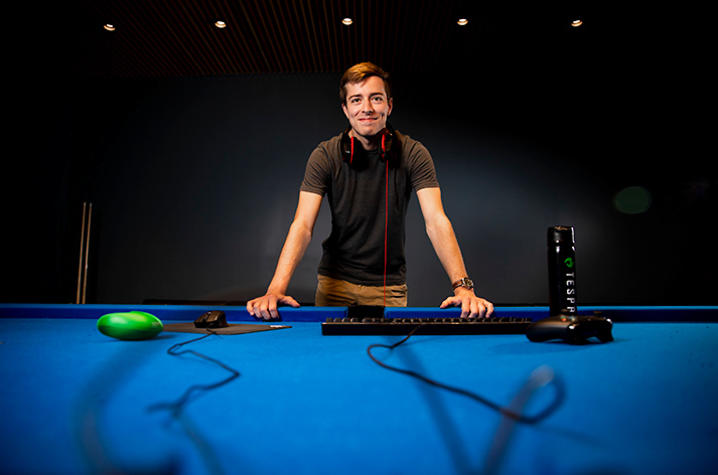 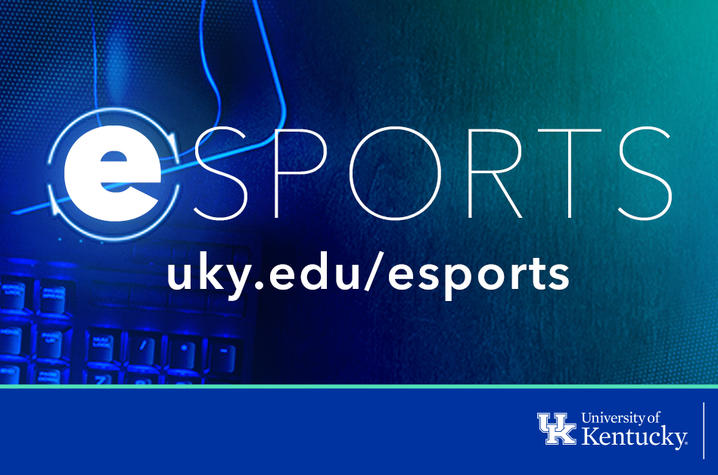