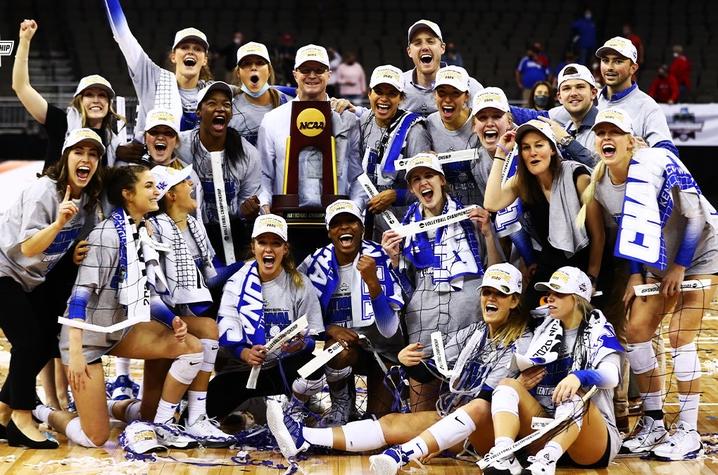 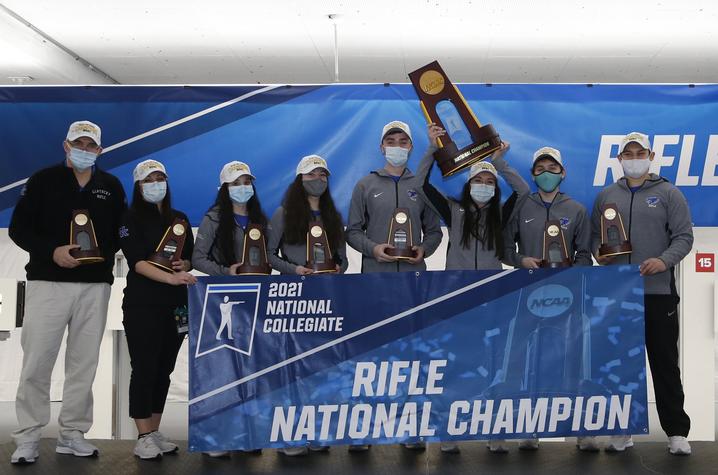 LEXINGTON, Ky. (April 25, 2021) – We all know it and have lived it – a year unlike any other with challenges and trials for our world and our campus.

But there have been incredible moments unlike any other, too.

It was also the first time that UK’s storied athletics program has won two national championships in a single year.

Both teams went through tough – and there’s that word, again, unprecedented – seasons in almost flawless fashion, beating everyone in their paths and romping through national tournaments, besting the best teams in convincing and stirring fashion. You can read more about the Rifle Team’s run here: https://ukathletics.com/news/2021/3/13/untitled-story.aspx

The Rifle Team was led  by UK sophomore Mary Tucker, who was named the outstanding performer at the NCAA Championships and who has also recently won championships on the international level, too. https://ukathletics.com/news/2021/3/20/mary-tucker-wins-womens-air-rifle-10m-gold-at-issf-world-cup.aspx.

“In a year that has challenged everyone, these two teams – Volleyball and Rifle – reminded us of a lot that is good and still true: the importance of hard work and sacrifice, the value of putting the community first and the proof that shared commitments can lead to remarkable accomplishments,” said Mitch Barnhart, director of UK Athletics. “These two teams are comprised of incredible young people with inspirational coaches who put our student athletes first. They are outstanding representatives of our University and our Commonwealth.”

Two teams, in historic fashion, met the moment and overcame every challenge they faced, symbolizing what can be done when people come together in common purpose to achieve uncommonly big things.