Video produced by UK Public Relations and Marketing. To view captions for this video, push play and click on the CC icon in the bottom right hand corner of the screen. If using a mobile device, click the "thought bubble" icon in the same area. *Special thanks to UK Athletics for cheerleading footage and UK Cheerleading for photos from their trip to South Korea.

LEXINGTON, Ky. (Feb. 22, 2018) — When the University of Kentucky cheerleading squad hits the sidelines in February, they are usually shouting, “C-A-T-S!” This month, however, they are yelling “U-S-A!” and entertaining crowds and supporting athletes competing in the 2018 Winter Olympics.

This past year has been a wild ride for Head Cheerleading Coach Jomo Thompson and the UK cheerleading squad. In November 2017, USA Cheer announced the United States would be represented in the 2018 Winter Olympics by UK’s varsity squad. Then the team won the school’s 23rd UCA National Championship in cheerleading, completing the three-peat from titles in 2016 and 2017 in January 2018. Through all these accomplishments, Thompson has remained focused on coaching his team and blocking out the outside distractions.

“Well before competing at nationals, we didn’t talk about the Olympics,” Thompson said. “That’s a great opportunity, but our focus was winning the national championship. We’ve had a lot of emails from different media organizations that want to talk about the Olympics, and I really tried to put that in the background because I didn’t want the team thinking ahead.”

Once UK brought home the gold in the national championship, the team quickly turned their attention to taking on the world stage.

“We want to make sure we represent the United States in the best way that we can and do a really good job,” Thompson said.

USA Cheer is part of a seven-country delegation invited by the Korea Cheerleading Association, the Gangwon Province and the Pyeongchang 2018 Organizing Committee to provide crowd support at the Olympic Games. They’ll appear at different events and venues throughout the weeklong tour supporting athletes from all countries and supporting cheerleading in its push to become an Olympic sport.

At the end of the week, Team USA Cheer (University of Kentucky) will compete with other nations in an exhibition cheerleading competition. The hope is that with a strong performance, the International Olympic Committee will consider implementing the sport of cheerleading into future Olympic games. Cheerleading was recently granted provisional status meaning that it is under consideration for becoming an Olympic sport in the future.

Coach Thompson did not hold back when asked about the pressure his team faced while preparing for the Olympics over the past few weeks.

“I feel like we’ve got the whole weight of the country on us,” he said. “We want to make sure we put a good foot forward and we’re good ambassadors, not just for the University of Kentucky, but for the United States as well.

“We’re very fortunate that the University of Kentucky gets to represent USA Cheer in the first step of the endeavor for cheerleading to become an Olympic sport. I hope it does and I can look back 20 years from now and say that we played a small part in that. We did our part.”

This year, "Blue" will be going for the "Gold," too. We will take you on the journey with special athletes and those who support them and have insight into what makes the Olympics so special. Be sure to visit www.uky.edu/olympics and follow along on all of our social media channels by looking for #olympiCats. 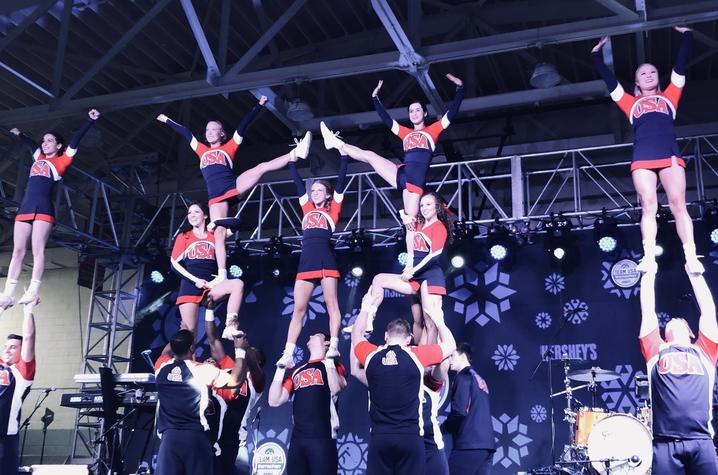 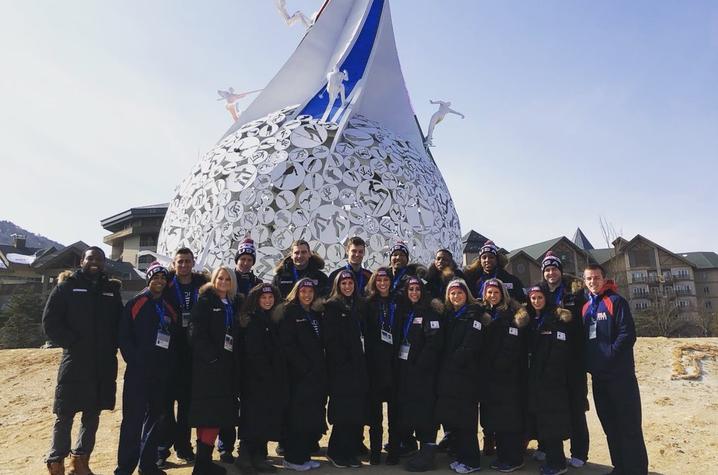 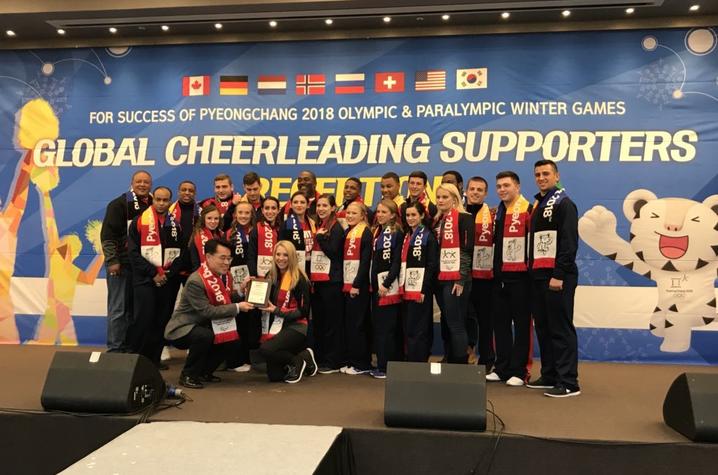