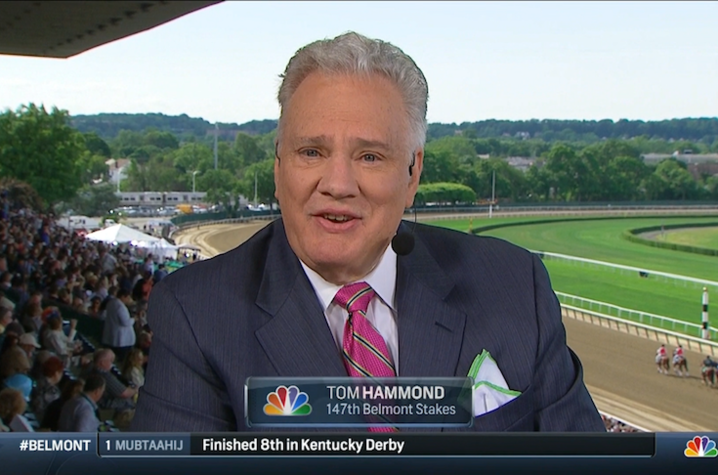 LEXINGTON, Ky. (Feb. 15, 2018) — The familiar voice of Tom Hammond will echo in living rooms around the country once again as the University of Kentucky alumnus broadcasts the Olympic games for NBC sports.

Hammond, a 1967 graduate of the University of Kentucky College of Agriculture, Food and Environment, is in a familiar seat for the 2018 Winter Olympics: calling ice skating. In Pyeongchang, South Korea, Hammond will be the lead commentator for speed skating for NBC Sports alongside former Olympian Joey Cheek.

For 12 previous Olympic games, including four winter competitions, Hammond has broadcast for NBC. South Korea is a familiar landscape for Hammond, who began his Olympic broadcasting career at the 1988 Summer Games in Seoul.

Hammond said, “This will be my third visit to South Korea. My first trip was to cover the 1988 Olympics in Seoul, where I broadcast men’s and women’s basketball with the incomparable Al McGuire.”

When asked about what makes the Winter Olympics unique, he said, "In the winter, there are a lot of sports that one doesn’t normally follow, which gives it a rather exotic feel.”

The Lexington native is excited to bring a sport with such tradition and speed to Americans' living rooms.

"Long track (as opposed to short track) speed skating is one of only six sports to have appeared in every Winter Olympic Games," Hammond said. "During the sprint races, the skaters reach between 30 and 40 miles an hour, skating on a 400-meter oval!"

But Hammond says the Olympics are about much more than competition.  The Olympics are viewed as an event that unites the whole world. The 2018 Pyeongchang Games are in the spotlight, in large part because North Korea and South Korea are competing as one team. The North Korean cheerleading squad, Army of Beauties, will cheer alongside our very own University of Kentucky cheerleading squad for the Olympic Games.

"The Olympics, to me, are the top of the sporting world," Hammond said. "What else brings the planet together in this way?  The Olympics don't always succeed in promoting peaceful competition between people from all over the globe and it doesn't always succeed in bringing the world together, but it's the closest thing we have. It's always great to be a part of something this important."

While the Olympics have a special place in Hammond's heart, Olympic coverage is not his sole claim to broadcasting fame.

From 2001 to 2016, Tom Hammond served as co-host for coverage of the Kentucky Derby.

Along with his duties at NBC, Hammond serves on the board of directors for Thursday’s Child. Thursday’s Child is a Lexington based, nonprofit organization that aids in the adoption of special needs children.

Watch the YouTube playlist above to discover Hammond's favorite sport to cover and how UK prepared him for his career.

This year, "Blue" will be going for the "Gold," too. We will take you on the journey with special athletes and those who support them and have insight into what makes the Olympics so special. Be sure to visit www.uky.edu/olympics and follow along on all of our social media channels by looking for #olympiCats.