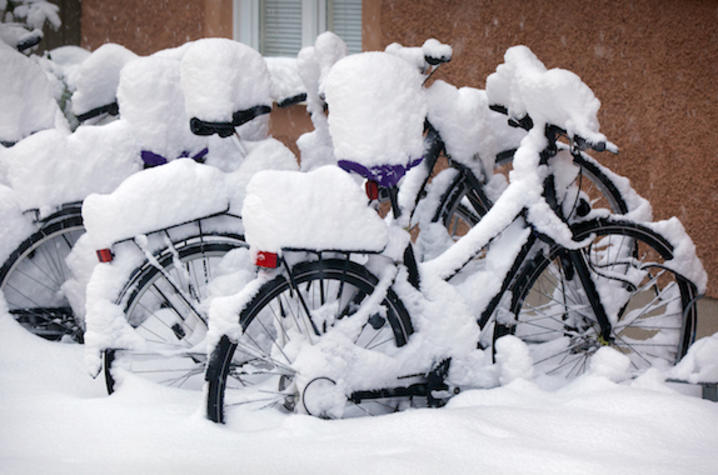 LEXINGTON, Ky. (Feb.  6, 2017) — For many, cold weather doesn’t mean the end of getting to, from and around campus on two wheels. On Wednesday, Feb. 8, from 9 to 11 a.m. on the Funkhouser Lawn, bike commuters will be recognized at the first Winter Bike to Campus Day, presented by University of Kentucky Parking and Transportation Services (PTS) and the UK Bicycle Advisory Committee.

Winter Bike to Campus Day will include coffee and hot chocolate for cyclists as well as on-the-spot tune-ups, courtesy of the Wildcat Wheels mobile shop. Stop by to get information on campus and Lexington bike resources, answers to questions, and free swag.

The inaugural Winter Bike to Campus Day is a continuation of existing education and encouragement efforts aimed at cyclists and those considering bicycling as a mode of campus transportation.  Other campus bicycle events include Pedalpalooza, held annually during K Week, and Bike Week, held annually in April. This year’s Bike Week is slated for April 9–14.

PTS invests more than $200,000 annually in campus bicycle infrastructure, education and encouragement projects, many of which are guided by the leadership of the Bicycle Advisory Committee. These efforts have been recognized by the League of American Bicyclists, in designating UK as a Silver level Bicycle Friendly University.