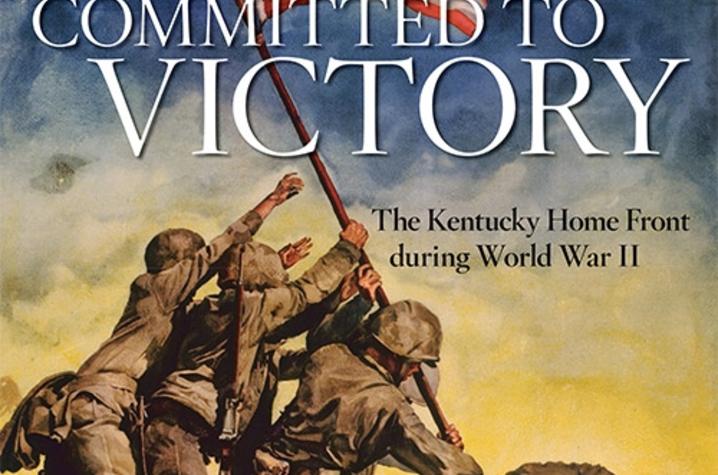 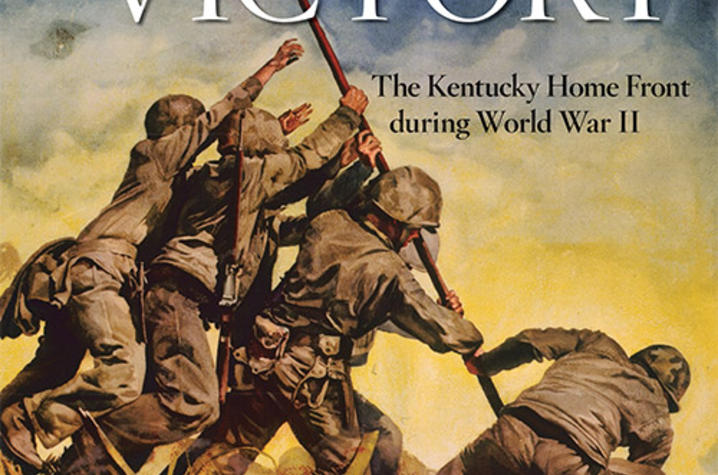 LEXINGTON, Ky. (May 26, 2016) — In 1941, Kentucky was still in the grips of the Great Depression. Unemployment was high, and wages were hardly enough to support families, leaving many Kentuckians frustrated with the economic state of the Commonwealth. Kentucky had also fallen behind much of the nation in societal transitions, as women were still expected to be wives and mothers, while African Americans remained segregated. By the end of World War II, Kentucky had been transformed both economically and culturally, and those most affected were the citizens who remained on the homefront.

Kentuckians were initially reluctant to participate in the war, leery of getting entangled in another European conflict. The devastating attack on Pearl Harbor, however, motivated Kentuckians, like the rest of America, to contribute to the war effort. Kentuckians rushed to enlist, with more than 300,000 participating in the military by war’s end. Others flocked to cities such as Louisville, Paducah and Richmond for jobs at wartime production centers. This unprecedented boom brought economic prosperity to the state and also sowed the seeds of social change for both African Americans and women.

At the outbreak of the war, Kentucky was primarily a rural and agricultural state with almost no industrial activity. As America shifted to a war footing, the responsibility to provide the necessary wartime goods fell on the states, which gave Kentuckians a way to contribute to the war effort while also improving life on the homefront.

The Ford Motor Company plant in Louisville retooled to produce Jeeps, manufacturing more than 93,000 for the military by war’s end, and the city’s Rubbertown neighborhood exploded with activity, producing over a quarter of all synthetic rubber in the U.S. In Hazard and Harlan, coal production surged, and the American Rolling Mill Company in Ashland added a furnace to double its output of steel. Production at the TNT plant outside of Paducah expanded, and the Ken-Rad Company in Owensboro, which made vacuum tubes for radios, opened a branch factory in Bowling Green. As a result of Kentuckians’ efforts, the Bluegrass state was pulled from its persistent economic depression, virtually overnight.

Included with this newfound prosperity was massive wartime migration as people moved from rural Kentucky to urban areas to obtain work. Because of the war, Kentucky became more urban and industrial, shifting the state’s demographics. In addition, as men served overseas, women and African Americans filled many jobs that were not previously open to them. Having secured better jobs and experienced more freedom than they had previously known, both groups began to pursue social advancement after the war. Black servicemen also returned from the war ready to fight for their liberty at home. World War II recast Kentucky society, unleashing forces of change that would become more apparent in the ensuing decades, including the civil rights movement and the women’s liberation movement.

No five-year period since the Civil War in Kentucky’s history has seen more significant changes than the years of World War II, and while Kentuckians’ contributions to the war effort overseas have been relatively well-documented, the understanding of the war’s impact on life in Kentucky has not. Gathering information from sources such as personal interviews, local newspapers, archives and government records, Holl has filled a significant gap. “Committed to Victory” places readers alongside ordinary Kentuckians, allowing them to see the impact the war had not only on Kentucky, but on the lives of ordinary citizens of the Commonwealth.