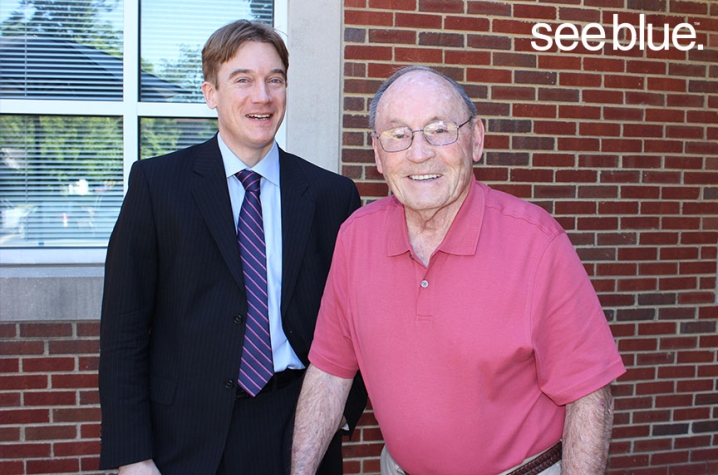 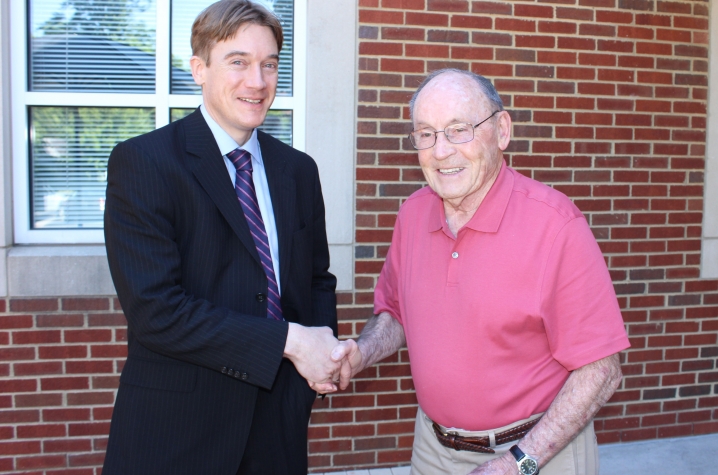 LEXINGTON, Ky. (June 28, 2016) — In December 1968, a widowed mother from Harriman, Tennessee, arrived with her two sons, daughter and nephew at the University of Kentucky's pediatric clinic.

The four children were afflicted with severe intellectual impairment, presenting at the clinic with IQs of 10 or lower. The children showed normal development at birth, but during the first year of life experienced neurological deficiencies that rendered them unable to speak or walk. In the second and third years of life, the children developed intense epileptic seizures.

Dr. Charlton Mabry, an original member of the Pediatric Department at the University of Kentucky, examined the four children in the hospital’s care-by-parent unit. After completing examinations, Mabry, who was an assiduous record-keeper, took samples of the children’s blood and urine for further testing. He took the specimens to the UK College of Medicine lab, finding elevated levels of the protein known as alkaline phosphatase (AP), a finding called hyperphosphatasia. Eighty percent of these cases were involved in bone metabolism, but Mabry’s study showed their hyperphosphatasia was from the liver.

In 1970, decades before genetic specialization, Mabry described a novel metabolic syndrome characterized by hyperphosphatasia, intellectual impairment and seizures in an article published in the Journal of Pediatrics. Eighteen years passed before the disease resurfaced in medical literature in 1988. More than 40 years passed before Miles Thompson, a molecular geneticist from Toronto, Canada, named the condition Mabry syndrome.

On June 9, Mabry, who is now retired from the College of Medicine, joined Thompson for a grand rounds presentation at the UK Chandler Hospital. In addition to explaining the phenotype for the rare disorder, Thompson reported scientific progress toward the identifying the genes and developing a therapy for Mabry syndrome. He credited the foundational work of Mabry for galvanizing future research on the disease, setting the stage for the next phase of scientific advancement through molecular and genomic innovation.

The visit from Thompson was symbolic a passing of the torch between two researchers who held interlocking pieces to the Mabry syndrome puzzle. Mabry’s thorough case reports identified the condition in medical literature, while Thompson’s expertise capitalized on Mabry’s contributions by tracing the origins of the disease in the human genome.

“The identification of new genes will result in better treatment,” Thompson said.

As a post-doctoral fellow with Dr. David E. Cole in the Department of Laboratory Medicine and Pathobiology working on Ontario New Born Screening at the University of Toronto, Thompson encountered a specimen with the genetic composition that mirrored the condition of hyperphosphatasia presented in Mabry’s patients. Tracking down the first reports of cases and possible treatments, Thompson studied Mabry’s seminal work describing the condition. He started publishing and presenting his own laboratory findings at conferences, where he discovered researchers around the world were also coming across new cases in the Netherlands, Japan, France and Germany.

“When I started this study, the only useful guide to the condition was Dr. Mabry's original article from 1970,” Thompson said. “Until recently, there had been few definitive attempts to understand the genetic condition these patients and their families face.”

With knowledge and advanced expertise in genomic mapping, Thompson is working to identify the proteins within the genotype responsible for the developmental deficiencies caused by Mabry syndrome. Understanding the genetic factors underlying Mabry’s syndrome would allow him to test enzyme therapies targeting the disease. To accomplish this next step, he needed more samples of DNA, so having established a relationship with Mabry in 2009, he asked for the retired doctor’s assistance.

Thanks to his detailed medical records, Mabry was able to locate three of the afflicted boys, now men, who appeared in his clinic on that December afternoon in 1968. After the grand rounds session, Thompson accompanied Mabry on a visit to two assisted living centers in Tennessee where the men receive care in a group home setting. With the family’s permission, Thompson took current blood samples from the patients for genomic sequencing.

For Mabry, the experience of seeing the profound degradation caused by the disease was sobering. Mabry hadn’t seen the patients since the day they appeared in his clinic as young boys.

“It is a rare disorder, a grave disorder,” Mabry said. “And for many similar disorders, there are only a few effective treatments.”

Mabry said Thompson will analyze portions of the genome from Mabry’s original patients in conjunction with the University of Kentucky in the next few weeks, with the expectation that understanding the genetic basis of the disorder that Mabry originally described will provide insights into how to treat the disease.

This video footage was courtesy of Kenny Harris of UK HealthCare CE Central.