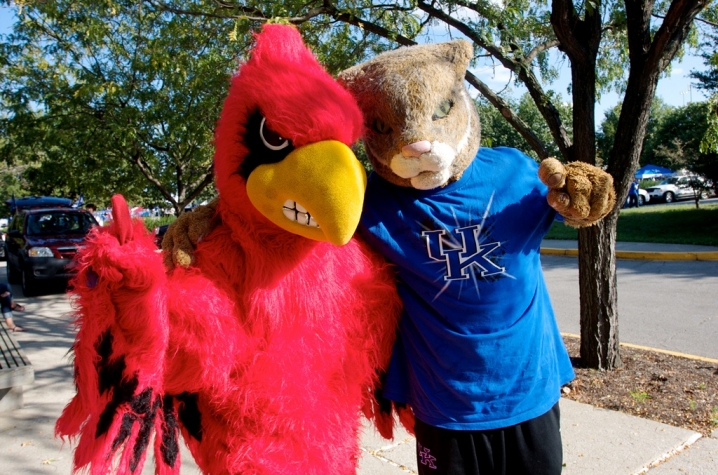 Not much is written about what one journalist once referred to as “quieter victories,” or those victories we share because of partnerships with one another:

The collaborations among UK-U of L scientists … The partnerships in areas like energy and advanced manufacturing … the focused agenda and values we share to advance our communities and the Commonwealth.

Another example of those shared values occurred this week when UK and U of L – along with corporate partners Brown-Forman and Jim Beam – announced a major grant from the two Kentucky distillers to help fund our continued alcohol education efforts. More about the grant and the growing initiatives can be found in this release: http://uknow.uky.edu/content/distilleries-fund-alcohol-education.

We know, for example, that too many college students drop out – or face even greater threats – as a result of alcohol abuse. But we also know that this problem can be attacked and conquered – with strategic, thoughtful approaches like those being developed and implemented at both schools.

And that’s the kind of victory in which we all can take pride.