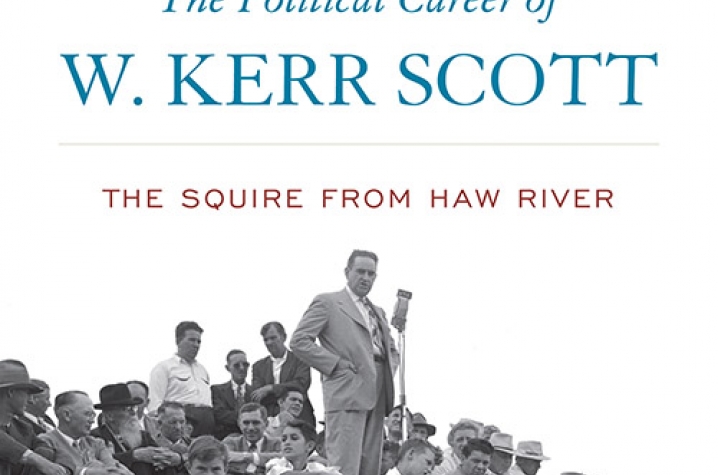 LEXINGTON, Ky. (Oct. 14, 2015) — University Press of Kentucky (UPK) author Julian M. Pleasants has been named the recipient of the 2015 Ragan Old North State Award Cup for nonfiction given by the North Carolina Literacy and Historical Association (NCLHA), for his book, "The Political Career of W. Kerr Scott: The Squire from Haw River."

The NCLHA was established in 1900, is among the oldest organizations of its kind in the nation. Its mission is to foster the interest of North Carolinians in the state’s literature and history, to encourage productive literary activity within the state, to assist in bringing to public attention meritorious works by North Carolina writers, to promote broad and varied activity in the field of state and local history, to serve as a medium for the constructive exchange of ideas among persons concerned for the permanent well-being of North Carolina, and to cooperate so far as may be practicable with other organizations in North Carolina whose purposes are similar to the purposes of the association.

"The Political Career of W. Kerr Scott" traces Scott’s productive and controversial political career, from his years as North Carolina commissioner of agriculture, through his governorship (1949–1953), to his brief tenure as a U.S. senator (1954–1958). Scott was elected at a time when Southern liberals were on the rise in post–World War II America. McCarthyism and civil rights agitation soon overwhelmed progressivism, but the trend lasted long enough for the straight-talking “Squire from Haw River” to enact major reforms and establish a reputation as one of the more interesting and influential southern politicians of the 20th century.

Julian M. Pleasants, professor emeritus of history at the University of Florida, is the author of numerous books, including "Buncombe Bob: The Life and Times of Robert Rice Reynolds."