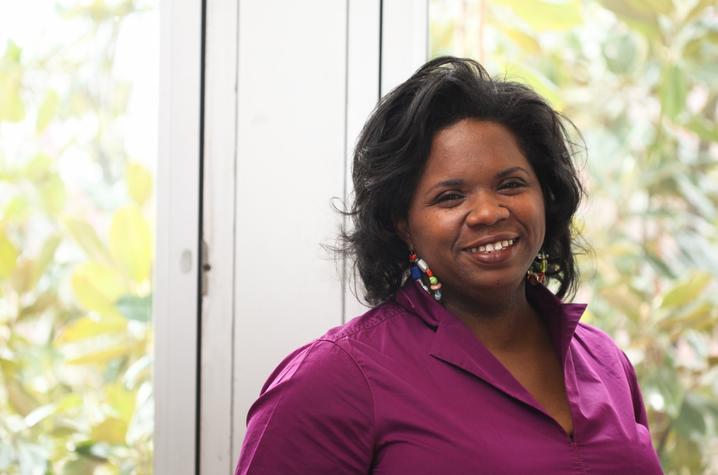 The Rosenberg Professorship is one of the elements of the 2019 Rosenberg Law Endowment created by alumnus J. David Rosenberg and his wife, Dianne, to provide the College of Law resources for students, faculty and programs. Rosenberg Professorships provide support to attract and retain faculty who “demonstrate intellectual excellence and promise, and an outstanding performance on behalf of the college.”

“Dr. Price’s accomplishments and contributions at the Rosenberg College of Law exemplify intellectual excellence and outstanding performance on behalf of the college,” UK Rosenberg Law Dean Mary J. Davis said. “She is an invaluable member of our world-class faculty. She is not only an excellent law professor but also a leader at the university and in our community.”

The dean made the appointment in consultation with the college’s elected Faculty Executive Committee.

Her scholarship has been published in a variety of peer-reviewed social science and law journals. She is the author of “At the Cross:  Race, Religion and Citizenship in the Politics of the Death Penalty.” In 2017, she was named a University Research Professor, awarded by UK to faculty for outstanding research achievements.

She continues to pursue scholarship in preservation techniques to educate the local Black community about the role of archives in cultural preservation. The primary focus of her research has been on race, gender and citizenship, the politics of punishment and the role of law in the politics of race and ethnicity in the U.S. and its borders. Her recent research projects explore services for Black victims of crime, building on her previous study of advocacy and support groups started by Black mothers of murdered children, which systematically examines the victims’ rights movement and victim services typically housed in prosecutors’ offices in response to critiques of inattentiveness to race and racism within the criminal justice system. Her research on Black victims and victim services in Kentucky is in progress. Her research will soon be published in The Journal of Race, Ethnicity and Politics and in The Sexual Politics of Black Churches.

Price was a 2016-17 fellow in the Law and Public Affairs Program at Princeton University. She serves on the UNited in True racial Equity (UNITE) Research Priority Area Advisory Board at the university.

In addition to her national and international research, Price is a prior recipient of the Robert M. and Joanne K. Duncan Excellence in Teaching Award, presented annually to a UK Rosenberg Law faculty member for excellence in the classroom.