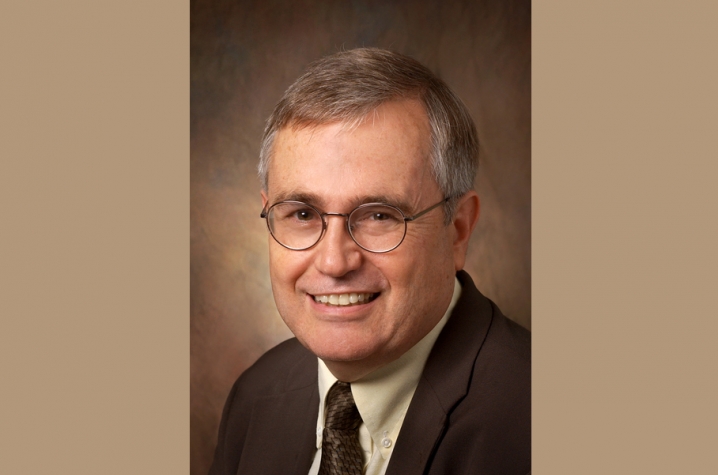 LEXINGTON, Ky. (July 27, 2011) − Al Cross, director of the University of Kentucky's Institute for Rural Journalism and Community Issues in the College of Communications and Information Studies' School of Journalism and Telecommunications, received tenure and was promoted to associate professor as of July 1. While such promotions are usually in the normal course of business at UK, this one makes Cross the first tenured extension faculty at UK not appointed in the College of Agriculture.

Cross' extension role means that most of his work is directed off campus, helping rural journalists. Cross is the only extension professor of journalism in the U.S. of which the School of Journalism and Telecommunications is aware.

Former UK President Lee T. Todd Jr. praised Cross's work on KET's "One to One" show recently, saying one problem Cross is confronting with his work in rural journalism is poor oral health in rural communities. Todd expressed frustration at the difficulty of getting this message out to communities that may not have the resources to spread those messages to the public. As a kind of 'extension agent' for rural journalists, Todd said Cross will be able to handle this challenge.

This position fits well with the land-grant university mission to take new knowledge and best practices, and disseminate that information to the far reaches of the university's service areas. While Cross works with rural journalists and on issues important to community journalism nationwide, most of his work is concentrated in Kentucky and in Appalachia, where community journalism is particularly critical.

Cross became director of the Institute in August 2004 after more than 26 years as a reporter for The Courier-Journal, including more than 15 years as the Louisville newspaper's chief political writer. After serving as interim director of the Institute for Rural Journalism and Community Issues, in 2005 he became permanent director and an assistant professor in the School of Journalism and Telecommunications at UK.

The institute seeks to help rural news media define the public agenda in their communities and report on regional issues. It was created by Al Smith, who owned weekly newspapers in Kentucky and Tennessee and was founding host of KET's "Comment on Kentucky," and by Rudy Abramson, a longtime correspondent for the Los Angeles Times who did extensive reporting in Appalachia. For Cross, who has devoted his life to reporting and editing, being able to help other professionals in the field is a way of returning to his roots.

"In a way, I have come full circle," he said, referring to his early career as a weekly newspaper editor and manager. "Now I help people who have such jobs. For someone like me who does not have an advanced degree and has always had high regard for academic credentials, tenure and promotion are full admission to the academy."

Cross' professional awards include a share of the Pulitzer Prize won by The Courier-Journal staff in 1989 for coverage of the nation's deadliest bus crash. In 2009 the East Kentucky Leadership Foundation gave the institute its annual Media Award, with "special recognition for Cross, the institute's only full-time staff member." Cross was admitted to the Kentucky Journalism Hall of Fame in 2010.

"This completes a major turn in my career and my life, one that I certainly didn’t expect 10 years ago when Al Smith and Rudy Abramson told me about their idea for the institute," Cross said. "Now I know what I will be doing for the rest of my working life."