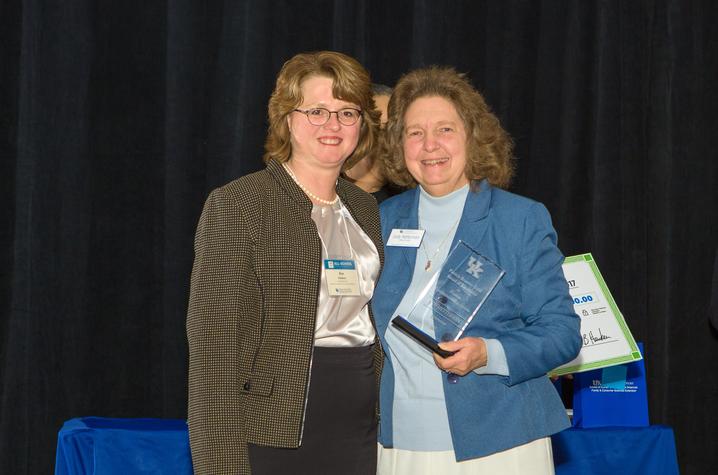 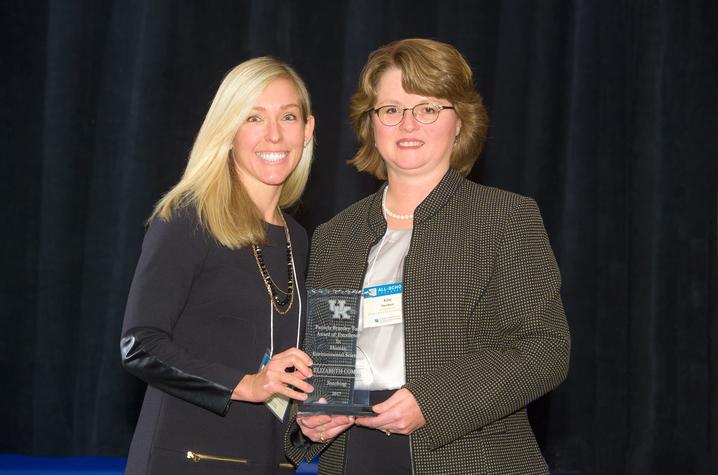 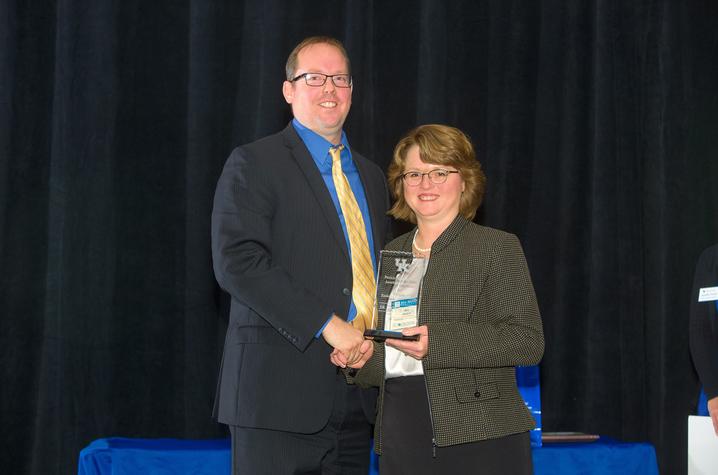 The awards are given biennially and are named after the wife of former UK president Lee T. Todd Jr. and an alumna of the school. They recognize excellence among faculty and staff within the school, which is a part of the College of Agriculture, Food and Environment.

Cooperative Extension: Judy Hetterman. Hetterman joined the UK Cooperative Extension Service in 1978 as Kenton County’s urban extension agent for home economics. In 1984, she transferred to her current position as the Owen County extension agent for family and consumer sciences. She has displayed a strong talent for partnering with extension volunteers to extend extension’s reach within the community and has been active in various community projects. Hetterman has held national leadership positions in the National Extension Association of Family and Consumer Sciences and championed professional development and involvement among her peers.

Teaching: Elizabeth Combs. Combs joined the Department of Dietetics and Human Nutrition as a lecturer in August 2013. Throughout her tenure, she has taught a rigorous course load and advised an average of 60 upper division students. She is an active member of multiple professional organizations and has served as president, president-elect, secretary, and honor and awards chair for the Bluegrass Academy of Nutrition and Dietetics. Under her leadership, students in the coordinated program in dietetics have achieved a 100 percent pass rate on the national registered dietitian exam the past two years.

Research: Jason Swanson. Swanson joined the faculty in the Department of Retailing and Tourism Management as a lecturer in 2009. In 2010, he transitioned to tenure-track with the rank of assistant professor. He has established a strong reputation for research on policy, systems and environmental implications as they affect the tourism industry. He has connected with a broad scope of industry partners and has completed a variety of economic impact, assessment and feasibility studies garnering more than $80,000 in grants and contracts. He exhibits excellence through his research, industry partnerships, mentoring of students and dedication to the field of tourism and hospitality management.