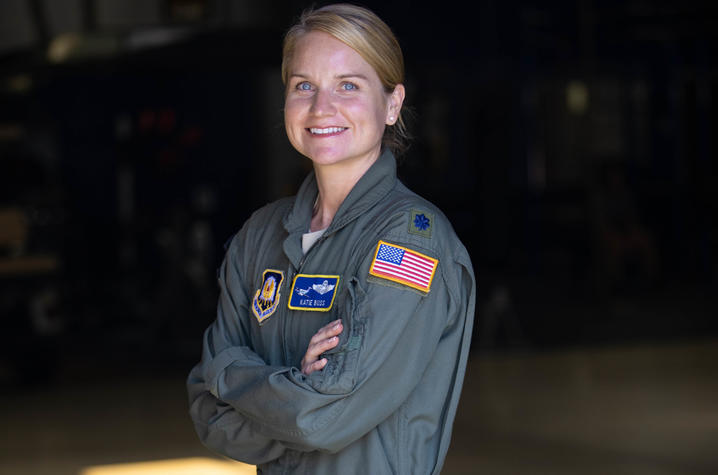 Following a fulfilling career in the U.S. Air Force, Katie Buss has recently found her new perch at UK’s ROTC program, where she is the DET 290 commander and aerospace studies department chair in the UK College of Arts and Sciences.

LEXINGTON, Ky. (Nov. 9, 2018) — Coming into a new state, a new school and a new position may seem a daunting task for many, but Lt. Col. Katie Buss of the U.S. Air Force is far from the average person.

After six years in Charleston, Buss was relocated to Anchorage, Alaska, where she continued to fly the C-17, until she finally landed in Monterey, California. There she secured a master's in national security studies to complement her first master's in aeronautical science from Charleston. This additional accolade leant her the chance to spend a year at the Pentagon, working as an international affairs strategist. Always chasing new horizons, Buss then went through training and worked for the U.S. Embassy in Bogota, Colombia, for three years. As a diplomat in Bogota, Buss was a military attaché and flew the C-12, or KingAir, throughout the region.

Along the way, one of Buss’ true passions — the development of youth — was realized. This core desire led her to her position at UK.