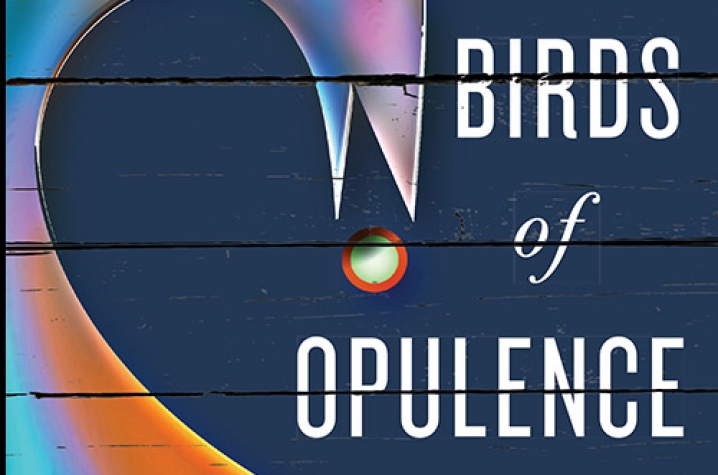 University Press of Kentucky author Crystal Wilkinson has been named the winner of the 2016 Ernest J. Gaines Award for Literary Excellence for her novel "The Birds of Opulence." The award serves to recognize rising African-American fiction writers.

Author Crystal Wilkinson talks with KET's "Connections" about her first novel, "The Birds of Opulence."

LEXINGTON, Ky. (Nov. 18, 2016) — University Press of Kentucky (UPK) author Crystal Wilkinson has been named the winner of the 2016 Ernest J. Gaines Award for Literary Excellence for her novel "The Birds of Opulence." Named in honor of one of Louisiana’s most beloved storytellers, the award serves to recognize rising African-American fiction writers.

The Gaines Award, initiated by donors of the Baton Rouge Area Foundation, is now in its 10th year and has become nationally recognized in its role of enhancing visibility of emerging black fiction writers while also expanding the audience for this literature.

Wilkinson is the author of two short story collections: "Blackberries, Blackberries," winner of the Chaffin Award for Appalachian Literature, and "Water Street," a finalist for both the United Kingdom’s Orange Prize for Fiction and the Hurston/Wright Legacy Award. She serves as Appalachian writer-in-residence at Berea College and teaches in the Spalding University low residency MFA in Creative Writing program. “The Birds of Opulence,” her first novel, was released earlier this year.

Wilkinson's novel centers on several generations of women in the bucolic southern black township of Opulence as they live with and sometimes surrender to madness. The Goode-Brown family, led by matriarch and pillar of the community Minnie Mae, is plagued by old secrets and embarrassment over mental illness and illegitimacy. Meanwhile, single mother Francine Clark is haunted by her dead, lightning-struck husband and forced to fight against both the moral judgment of the community and her own rebellious daughter, Mona.

The residents of Opulence struggle with vexing relationships to the land, to one another, and to their own sexuality. As the members of the youngest generation watch their mothers and grandmothers pass away, they live with the fear of going mad themselves and must fight to survive. At once tragic and hopeful, this captivating novel is a story about another time, rendered for our own.

The award will be presented at a ceremony to be held Jan. 19, at Manship Theatre at the Shaw Center for the Arts in Baton Rouge, Louisiana. It includes a $10,000 cash prize to support the winner in focusing on the art of writing. Wilkinson will read excerpts from her winning novel. The event is free and open to the public, although reservations are requested at gainesaward@braf.org. Previous winners of the Gaines Award include T. Geronimo Johnson for “Welcome to Braggsville,” Attica Locke for “The Cutting Season,” Stephanie Powell Watts for “We Are Taking Only What We Need” and Dinaw Mengestu for “How to Read the Air.”