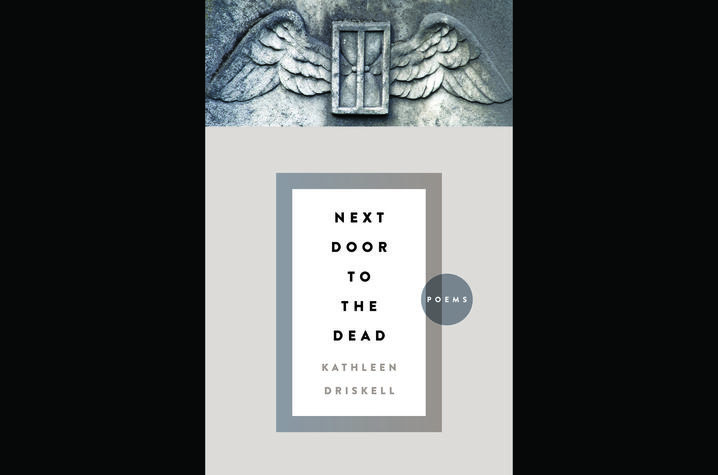 LEXINGTON, Ky. (March 9, 2018) — University Press of Kentucky author Kathleen Driskell was named the winner of the 2018 Judy Gaines Young Book Award for her book “Next Door to the Dead: Poems.” The award is given annually by Transylvania University to the author of a recent book of distinction from the Appalachian region, and this year’s winner was selected by Jason Howard, editor of Appalachian Heritage and lecturer at Berea College.

The Judy Gaines Young Book Award was created by Transylvania and University of Kentucky alumnus Dr. Byron Young to honor his late wife. It will be presented 5 p.m. Wednesday, March 21, in Cowgill Hall, Room 102, on Transylvania’s campus. Driskell will read from her work, and a reception will follow in the lobby.

Poet Kathleen Driskell found herself irresistibly contemplating life, death, grief and loss when she and her family moved into a disused church in Louisville, Kentucky. Next to their new home was a cemetery tenanted with 112 residents whose stories and secrets simply could not stay buried. Through the poet’s imagination, the lives and afterlives of the deceased and their people come into vivid focus in her collection, “Next Door to the Dead.”

Driskell’s speaker imagines she might borrow a cup of sugar from “long-lived” Mrs. Luck, for instance, since she must have been “fortunate enough / to grab something sweet to take with her into the grave” and also contemplates a famous Kentucky couple buried in a style worthy of the ancient pharaohs — Colonel Harland Sanders and his wife, Claudia. Through these and other voices, Driskell’s poetry examines her own life and mortality while encouraging her readers to do the same.

The other finalists for this year’s award are “Galaxie Wagon” by Darnell Arnoult, “Trampoline” by Robert Gipe, “Small Treasons” by Mark Powell and “Out of Nowhere” by Mary Ann Taylor-Hall. This year marks the second time a title from University Press of Kentucky (UPK) has won the award. In 2017, the Judy Gaines Young Book Award was presented to Crystal Wilkinson for her novel “The Birds of Opulence.”

In addition to the book award, each year Transylvania presents the Judy Gaines Young Student Writing Award. This year’s winner is Transylvania senior Laura Daley, a double major in writing, rhetoric and communications, and Spanish with a creative writing minor, who in the summer of 2017 interned at UPK. She also will read from her work at the March 21 event, which is free and open to the public.

Kathleen Driskell is associate editor of the Louisville Review and professor of creative writing at Spalding University, where she also helps direct the low-residency MFA in Writing program. She is the author of numerous books and collections, including “Laughing Sickness” and “Seed across Snow.”