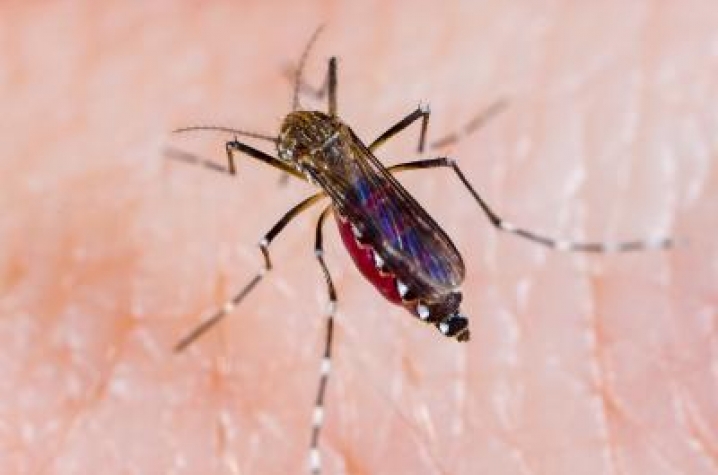 Grayson Brown, entomologist in the UK College of Agriculture, Food and Environment, is a former president of the Entomological Society of America, the world’s largest entomological organization. Brown along with Luciano Moriera of Brazil, are organizing a meeting of the world’s entomological societies March 13 in Maceió, Alagoas, Brazil. There, the world’s leading mosquito experts will discuss collaborative control options for Aedes aegypti, the mosquito that transmits Zika virus, dengue, chikungunya and yellow fever.

“Preparations to host this important summit began two years ago as a way to address dengue and chikungunya, which have become global epidemics with a reported 2.35 million cases in the Americas alone,” said Brown, director of UK’s Public Health Entomology Laboratory in the Department of Entomology. “Now that Zika has become an important health crisis, our mission has become even more critical. It is vital that the world’s scientific leaders work together on this issue.”

A native of Africa, the Aedes aegypti now exists in subtropical regions throughout the world. In the United States, the mosquito is mostly found in the southernmost states including Texas, Florida and California.

Zika and chikungunya rapidly gained momentum as major public health threats after their recent introductions in the Americas. The U.S. Centers for Disease Control and Prevention recently identified Zika as a probable cause of microcephaly in newborns, leading the U.S. government to issue travel warnings to affected regions.

“For years, Zika virus was associated with monkeys, but it was hardly ever known to impact humans until recently. It became better adapted to humans after reaching South America,” Brown said. “The virus has mutated to be more pathogenic, but we don’t know much about that mutation yet. The Zika virus is mostly a threat to pregnant women, especially those in the first trimester. The average person has nothing to fear from Zika.”

In addition to carrying virus that could cause birth defects, the mosquito could be a major economic threat to the affected countries, whose economies depend greatly on the tourism industry.

During the summit, entomologists will meet with leaders from government agencies, industry and public health organizations, as well as potential donors, to discuss the crisis caused by the mosquito and create a long-term, sustainable solution using modern techniques and technology to effectively suppress the mosquito’s population.

The meeting in Brazil will be the first of two summits hosted by the Entomological Society of America as part of its Grand Challenges Agenda, which looks for areas where entomologists can make a positive impact for people across the world. The second summit will be during the International Congress of Entomology in September in Orlando.