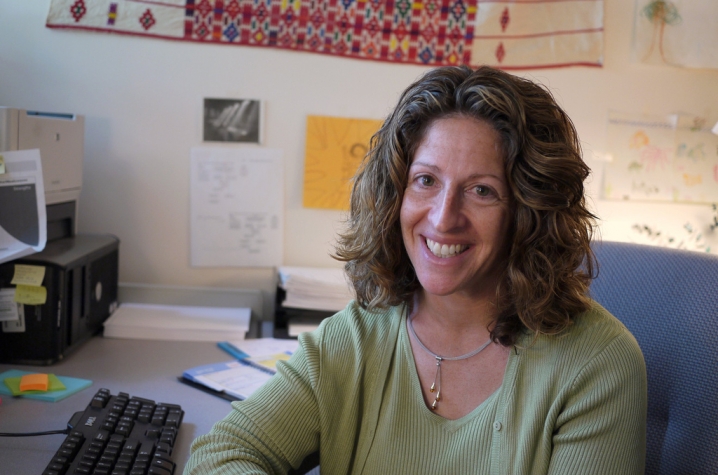 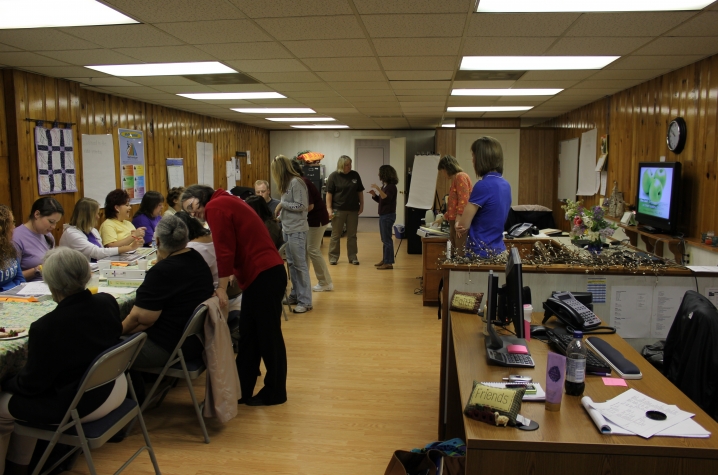 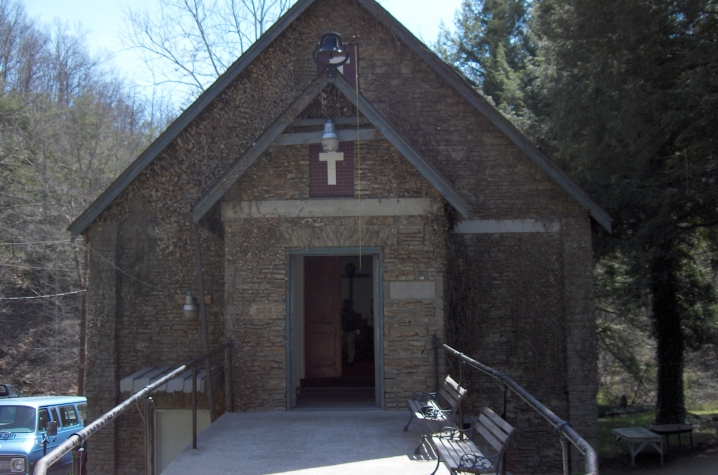 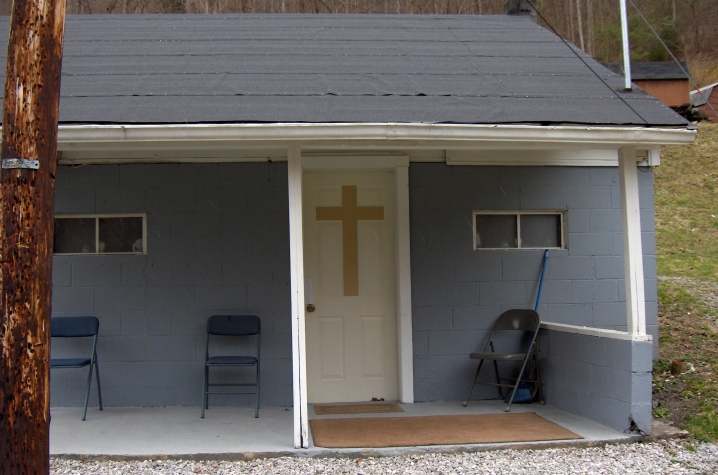 LEXINGTON, Ky. (June 22, 2011) — The Appalachian Region of the United States — a vast mountainous terrain stretching from Alabama and Mississippi in the South all the way to the Southern Tier of New York in the North — has long been burdened with stark social and economic inequities.

Although rich in natural resources, it is home to some of the poorest counties in the nation. Geographically and culturally isolated from the national mainstream, Appalachian communities lack much of the social infrastructure found in other parts of the country. Employment and educational opportunities are limited, as is access to health care.

Perhaps the most glaring inequalities in Appalachia are found in the health status of its citizens. On epidemiological maps of the United States, Appalachia is consistently highlighted as a streak of red dots. The region, which includes the eastern parts of Kentucky and Tennessee and the entire state of West Virginia, has some of the nation's highest rates of life-limiting chronic diseases such as cancer, heart disease and diabetes. Adult smoking and obesity rates are significantly higher than the national average as well.

But the grim statistics tell only part of the story, says Nancy Schoenberg, professor of Behavioral Science at the University of Kentucky College of Medicine.

"For generations, there has been a tendency on the part of outsiders to pathologize Appalachia," Schoenberg says. "Too often, even those with good intentions tend to see the region as nothing other than a complex of problems. What typically gets left out of the picture are the tremendous assets the region possesses."

Chief among those assets are a strong sense of shared cultural identity and community, Schoenberg says. And those are resources that medical experts cannot afford to overlook in trying to help alleviate some of the region's chronic health problems.

"If you want to make a positive intervention in Appalachia to improve health outcomes, you really need the support of the community," Schoenberg says. "This is where it helps to have a social scientist on board."

An anthropologist by training, Schoenberg is the principal investigator of a series of projects called "Faith Moves Mountains," including “An Appalachian Cervical Cancer Prevention Program,” “A CBPR Appalachian Wellness and Cancer Prevention Program,” and “An Intergenerational CBPR Intervention to Reduce Appalachian Health Disparities”. Started in 2004, these projects aim to target specific health behaviors through "faith-based" interventions, by building relationships with churches within Appalachian communities.

Although the interventions are termed "faith-based" because of where they take place, there is a solid scientific rationale behind the method. In poor or isolated populations, churches often form the backbone of social support for the community, Schoenberg explains. They are often the most established and best supported institutions, and because they are voluntary and member-supported, there is a strong sense of community ownership.

"It's an approach that has been employed extensively and with great success in African-American communities," Schoenberg says. "But there is not much data out there on faith-based interventions in predominantly white, rural populations."

Schoenberg's projects are an example of a community-based participatory research, a type of research in which formally trained scientific experts partner with members of a community as full participants in the research process, often with the goal of solving a community problem. Her research also falls under the broader umbrella of "translational science," a branch of biomedical and behavioral science that seeks to facilitate the advance of basic scientific discoveries from the laboratory into new and better treatments in patient populations.

The University of Kentucky was recently selected by the National Institutes of Health to receive a prestigious Clinical and Translational Science Award (CTSA). Schoenberg says the designation is a major step forward for the university.

"In addition to providing considerable funding support, having a CTSA distinguishes UK as one of an elite group of institutions leading the way in this type of research," Schoenberg says. "That recognition will open lots of doors for us, enabling us to do even more."

The first "Faith Moves Mountains" intervention aimed at increasing cervical cancer screening and prevention. Appalachia has a significantly higher incidence of cervical cancer than the United States as a whole. Even more troubling, the region has a 60 percent excess mortality rate for the disease, meaning that Appalachian women are 60 percent more likely to die from it.

"This is heartbreaking, especially when you consider that cervical cancer is almost 100 percent preventable through regular screenings," Schoenberg says. "We identified the highest-risk population as women age 40-64 who had not had a recent pap test, and we structured our intervention around motivating those women to get screened."

To facilitate the project, Schoenberg enlisted the help of what anthropologists call a "cultural broker." A cultural broker is somebody who is intimately connected to their own culture and has the ability and willingness to interpret it for outsiders to facilitate their movement within that culture.

Schoenberg found her cultural mountain guide in Katie Dollarhide, a lifetime Appalachian resident who had been working as an administrator for Appalshop, a non-profit media collective dedicated to documenting and preserving Appalachian culture and tradition.

"Katie has been a godsend," Schoenberg said. "Scientists know how to structure an intervention so that it meets scientific standards. We can collect and analyze data. But we don't always understand what's going on within the community, or the reasons behind things being the way they are."

Even Ph.D. anthropologists are not completely immune to culturally based assumptions. For example, Schoenberg had figured that rural women, being private and modest, would be reluctant to discuss intimate health matters. That turned out not to be true. If anything, they were eager to talk. And sending formal letters to church leaders isn't always the best approach to getting cooperation. Sometimes, it's better to go knocking on doors in person.

The learning process went both ways. Schoenberg said that Dollarhide has learned a great deal about complex intervention design and has become an expert  in all aspects of the project.

"Now when she asks me a question, it will be something like 'What's our randomization scheme?'," Schoenberg says.

Eventually growing to a staff of six full-time employees with a storefront office in downtown Whitesburg, Ky., Faith Moves Mountains conducted interventions at more than 30 churches over four years. Dollarhide, Sherry Wright, and other associates recruited lay health advocates in each church to provide follow-up contact with each of more than 400 women interviewed. By the end of the project, about 35 percent of the women in the target group had received the recommended screening.

"When you consider that the typical response for this type of intervention varies anywhere from 3 percent to 40 percent, that means our results are up near the higher end," Schoenberg says.

A big part of participatory research involves listening to your community partners. When it came time to plan the next Faith Moves Mountains program, Schoenberg says the community members wanted something that would include men as well as women, and not specifically focused on one type of illness.

As a result, Faith Moves Mountains now has two new faith-based programs, both of which are ongoing. "Healthy, Well-Thee and Wise" is an energy-balance program, designed to encourage healthy eating and physical activity. "Quittin' and Preventin'" is a cancer-prevention program that incorporates smoking cessation and cancer screening. Program managers include Dollarhide and Wright, Nell Field and Laverna Collie. Suzanne Madden and Rebecca Dollarhide provide important support to the team.

"We'd like to keep Faith Moves Mountains going as long as we can," Schoenberg said. "It's very satisfying how much the community has embraced it and truly sees it as their own."