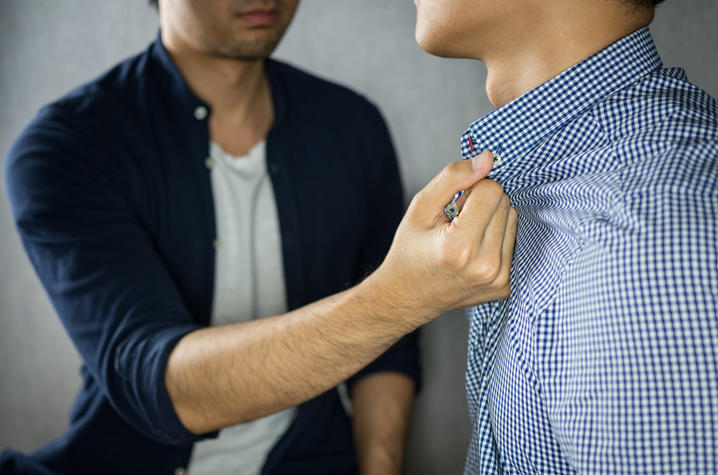 LEXINGTON, Ky. (Feb. 25, 2019) — There's something immensely intriguing about true crime stories. You've probably fallen victim to binge watching various docuseries that feature fascinating tales of tragedies. Your latest obsession may have you wondering — why would someone torment people, especially those they don't even know?

By definition, a sadist is, "A person who derives pleasure from inflicting pain or humiliation on others." Instinctively, when one thinks of sadists, they think of serial killers. However, we all know sadists. According to David Chester, they are everywhere to varying degrees. In fact, sadists are commonly considered bullies.

"Sadistic tendencies are impulses that people have to experience pleasure from inflicting harm on others," he said. "These impulses exist in many people, not just violent criminals."

A new study authored by Chester, who graduated with a doctorate in experimental psychology in the College of Arts and Sciences from the University of Kentucky, delves deeper into sadistic tendencies and aggressive behavior. More specifically, the emotions that accompany aggression.

"We examined the feelings that sadists associate with aggressive acts," Chester explained. "We also tested whether the pleasure that sadists feel during and after aggression are contingent on the suffering of their victim."

In a lab setting, researchers measured 2,000 people's probability to seek vengeance or harm an innocent person. In some cases, the virtual scenarios included having someone eat hot sauce as punishment or blasting them with loud noises.

As expected, those with a history of aggression showed more pleasure in causing harm to others. However, in a shocking result, their overall mood went down afterwards. Contrary to popular belief, the aggressive behavior ultimately brought emotional pain — leaving them feeling worse than before.

"We expected that sadists would feel more pleasure and less pain after aggression, but we found the opposite. Sadistic individuals actually reported greater negative emotion after the aggressive act, suggesting that aggression feels good in the moment but that this pleasure quickly fades and is replaced by pain."

Overall, the results provide credible evidence that sadists find pleasure in harming others, but once they believe their victims are no longer suffering the pleasure fades.

So, what can be done with this revelation?

Having a better understanding of emotions that drive sadistic aggression could help with intervention. By changing how a sadist perceives the harm they inflict — or by helping the sadist understand how it will harm them — Chester suspects, the aggression cycle could be broken.

"These findings will hopefully serve as a foundation for future research and treatment that seeks to understand and reduce the human tendency to inflict pain on others for the pleasure it brings," he continued. "For example, if the pleasure of sadistic aggression is contingent on the perception that victims are suffering (as our research suggests), interventions that seek to reduce violence may be helped by blunting sadists’ perceptions that their victims are hurt by their actions (a counter-intuitive suggestion)."

Nathan DeWall, a psychology professor, and Brian Enjaian, a social psychology graduate student, both contributed to the research.