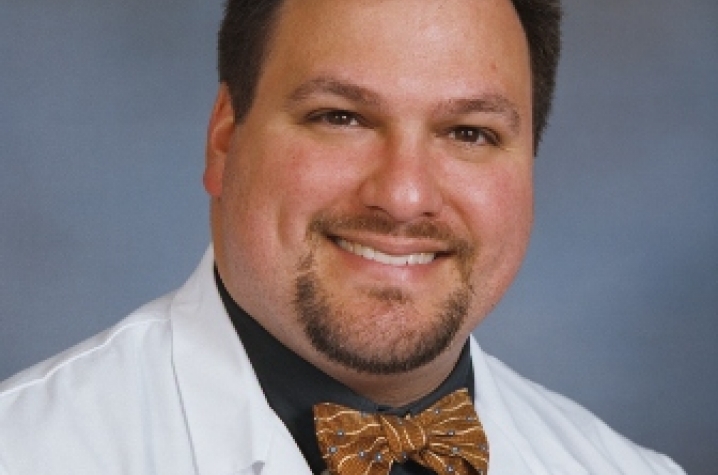 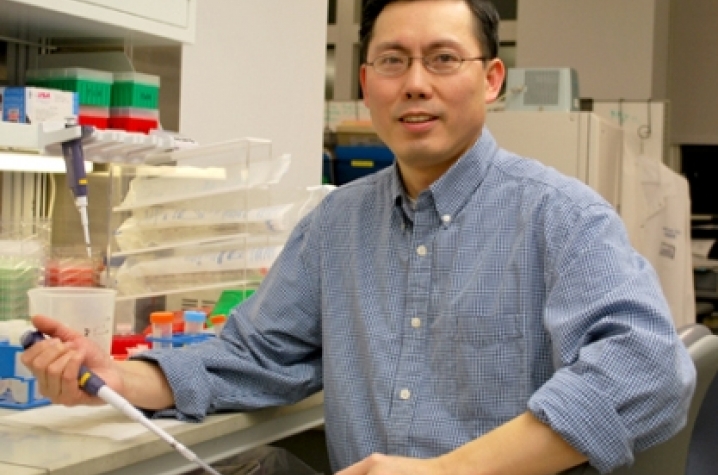 This year, scientists Dr. Jun Liu and Dr. John D’Orazio, Department of Pediatrics, University of Kentucky College of Medicine, and Kentucky Children’s Hospital, achieved this milestone. Both were competing against scientists, including some highly experienced and accomplished faculty from the most prestigious institutions, for major funding for their research projects. To win this funding for their labs, they had to be judged by a panel of peers to have a research project in the top 15 percent of all of the proposals.

“The R-01 funding of Drs. Liu and D’Orazio shows not only that the research in our Kentucky Pediatric Research Institute (KPRI) is world-class, but it also shows that we can recruit and develop young scientists for success,” said Dr. Jeffrey Moscow, vice chair of pediatrics, UK College of Medicine.

Liu’s laboratory investigates the molecular mechanisms which lipid metabolism is regulated in the context of obesity and type 2 diabetes.The requested total amount of the grant is $1.8 million over a five-year span with a direct cost of $250,000 per year.

"Obesity is characterized primarily by an excess of adipose tissue that results from increased triacylglycerol content," said Liu, assistant professor, Department of Pediatrics and Department of Molecular and Cellular Biochemistry, UK College of Medicine, and the UK Graduate Center for Nutritional Sciences. "Increased breakdown of triacylglycerol (lipolysis) leads to elevated levels of fatty acids in the bloodstream. As a result, more fatty acids are taken up and stored in muscle and liver, which in turn causes these tissues to lose their ability to utilize glucose in response to the blood sugar-lowering hormone insulin. This so-called 'insulin resistance' syndrome is a strong, independent contributor to the onset of type 2 diabetes.

The project funded focuses on the roles of a newly discovered protein named G0S2 in the control of adipose lipolysis and therefore, has direct impact on understanding how insulin resistance is developed in obesity. With a better detailed knowledge of lipolytic regulation, new avenues may oopen for treatment of obesity and its associated problems such as insulin resistance and diabetes.

"We are interested in understanding why certain people have a higher risk of melanoma than others, and what can be done to help those individuals," said D'Orazio, assistant professor of pediatrics, hematology-oncology division, UK College of Medicine, and a pediatric hematologist-oncologist at Kentucky Children's Hospital.

"Our laboratory focuses on a melanocyte protein called the melanocortin 1 receptor (Mc1r) that seems to protect the body against melanoma in a variety of ways. People with poorly functioning Mc1r’s have a much higher risk of melanoma than those with intact Mc1r. We are developing new ways to restore Mc1r function (by topical application of skin-permeable medications) to lessen the risk of melanoma in high-risk individuals."